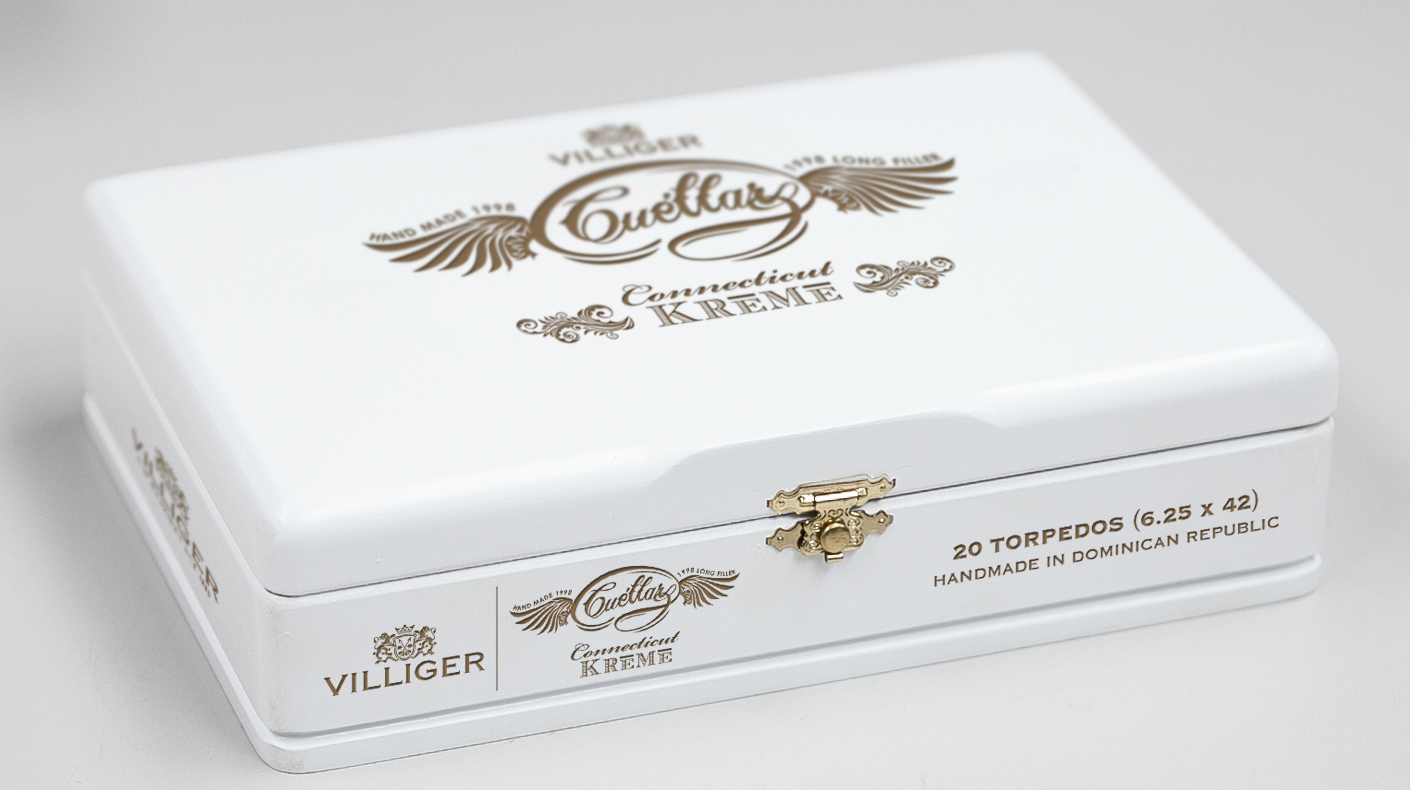 “Villiger Cuellar Connecticut Krēmē is one of our most popular cigar brands. It’s extremely creamy profile, combined with just a hint of spiciness, has made the brand a hit with consumers. This small change of adding the “Villiger” name on band and packaging, will help consumers better identify it as a Villiger brand,” commented Villiger North America President Rene Castaneda in a press release.

The Villiger Cuellar Connecticut Krēmē is positioned as a mild to medium cigar. It features an Ecuadorian Connecticut Shade wrapper over Dominican binder and filler tobaccos. It remains available in four sizes: Robusto (5 x 48), Toro Gordo (6 x 54), Churchill (7 x 50), and Torpedo (6 1/8 x 52). Pricing is slated between $6.00 and $7.00 MSRP.