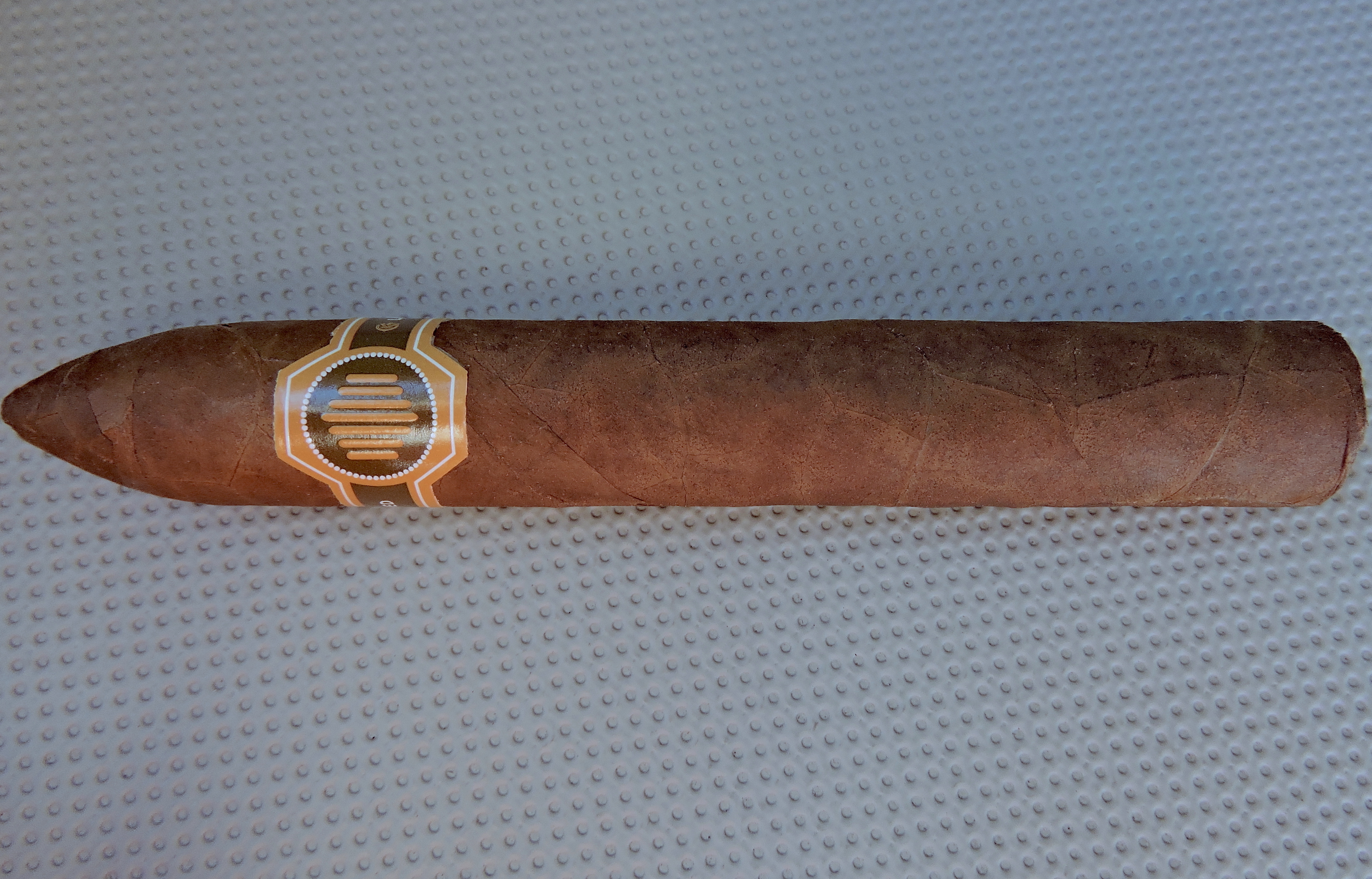 Back in the Summer of 2014, Kyle Gellis and Warped Cigars had its breakthrough year. Much of the strength of that initial launch was due to the partnership with the El Titan de Bronze factory in Miami, Florida. At the time, Gellis launched two small batch production brands out of El Titan de Bronze – El Oso and La Colmena. El Oso would hit the market first and featured an Ecuadorian Habano Oscuro wrapper. This would be followed by La Colemna, which featured an Ecuadorian DesFlorado wrapper. Along in 2015 came Black Honey, which was a mashup between the El Oso and La Colmena blends. Essentially Black Honey would take the Habano Oscuro wrapper found on El Oso and place it on a tweaked blend of La Colmena. The release was extremely limited as the production run was limited to 60 bundles of ten cigars (600 cigars total). Since its early release in 2015, the Warped Black Honey became one of the company’s most sought-after releases. It wouldn’t be until 2017 when Black Honey would return as an ongoing small batch release project. Today we take a look at a Warped Black Honey from the 2017  batch.

At the time of the 2015 release of Black Honey, the allocation of the 600 cigars were made available to thirteen select retailers and sold in ten-count bundles – and they quickly sold out. While still limited, production has been increased and the Black Honey has been made available to a larger pool of select retailers. In fact, at the 2017 IPCPR Trade Show, Black Honey was one of the featured cigars by Warped Cigars. Basically, the fruit is not quite as forbidden as it once was and right now it’s much easier to find Black Honey. 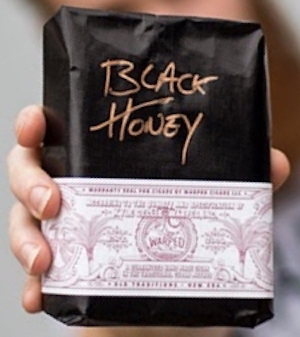 Without further ado, let’s break down the Warped Black Honey and see what this cigar brings to the table.

As mentioned above, Black Honey places the Ecuadorian Habano Oscuro wrapper found on El Oso over a slightly tweaked blend from the La Colmena line. This includes fillers from Nicaragua and the Dominican Republic and an Ecuadorian binder.

Black Honey features a 5 x 48 Belicoso. This is the same size as a limited edition vitola of La Colmena known as the Unico Especial. The Unico Especial featured a “stinger” found on the footer (This was basically a covered footer, but the covering is bunched toward the center of the footer creating a unique tail-like effect on the cigar). Black Honey does not feature “The Stinger”. Black Honey continues to be packaged in ten-count bundles.

The Ecuadorian Habano Oscuro wrapper of the Black Honey had a medium to dark color brown. Depending on how the light hits it, the wrapper may give off a slight Colorado tint. Upon closer examination, some darker mottling can be seen on the surface of the wrapper. The wrapper itself also had a very light coating of oil on it. While there were some thin visible veins and thin visible wrapper seams, I found this wrapper to be on the smoother side. As for the belicoso tip, I found it to taper on the sharper side.

The band of the Black Honey is the same one that is found on La Colmena. It has an olive green, gold, and white color scheme. At the center of the band is a modern gold-colored stripe pattern that represents a beehive shape. This logo sits on an olive background, with a white circular trim to it. The front of the band has a gold octagon shape to it. There is a thick olive stripe protruding to the left and right of the octagon. On the left side is the text “WARPED” in white font. On the right side is the text “LA COLMENA” in white font.  The remainder of the band has white and gold trim.

As I do for just about all belicoso cigars these days, I used a straight cut to remove the tip of the Warped Black Honey. I used my Credo Special T cutter with the 36 ring gauge hole to get an ideal cut. This allowed me to get a smaller ring gauge cut and to take advantage of the tapering of this cigar. Once the cap was removed, I moved on to the pre-light draw. The dry draw delivered a mix of green pepper, chocolate, and hay. While this seemed like an odd combination of flavors, I found it worked on the dry draw. At this point, I was ready to light up the Warped Black Honey and see what the smoking experience would have in store.

During the second third, the chocolate notes developed more of a richness. There was an underlying creamy texture to these chocolate notes. The natural tobacco notes were still prominent in the forefront as well. Meanwhile, the pepper and hay notes remained in the background.

The final third of the Warped Black Honey saw some earthy notes emerge in the forefront with the natural tobacco. The lemon component was a little more prominent at this point. The intensity of the pepper and hay components in the background remained constant. This is the way the Warped Black Honey came to a close. The resulting nub was soft to the touch and cool in temperature. 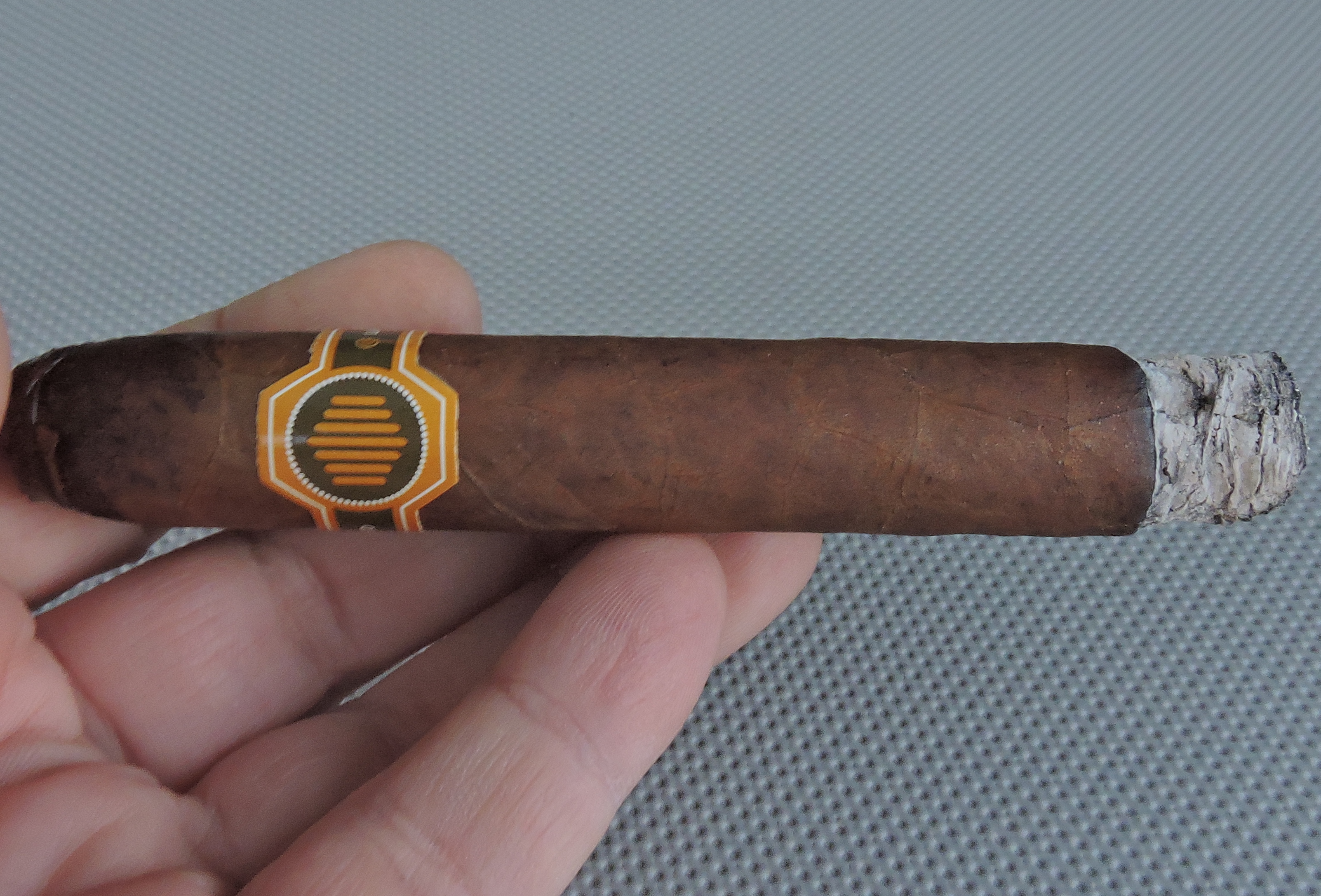 Burn of the Warped Black Honey

In terms of draw, I found the Black Honey’s draw to be open, but not loose. This was a low maintenance cigar to derive flavor from.

When looking at strength versus body of the Warped Black Honey, I found the body had the edge from start to finish.

Mash-up projects like Warped’s Black Honey (namely taking the wrapper from one cigar and putting it on another) can often be construed as gimmicky. While I hadn’t smoked the initial batch of the 2015 Black Honey, I admit I did have a lot of skepticism. That skepticism remained when Black Honey returned earlier this year. After finally getting a chance to smoke the Black Honey, any doubts I had were quickly erased. Putting the Habano Oscuro wrapper around the La Colmena worked beautifully.  This is a cigar that delivers some fantastic flavors – and I think the 48 ring gauge works ideally with this particular blend. Black Honey is a cigar I could recommend to either the novice or experienced cigar enthusiast. As for myself, this is a cigar I would smoke again. While it’s not a cheap cigar, it is worth having in your humidor. It’s one that is worthy of consideration of a box purchase.