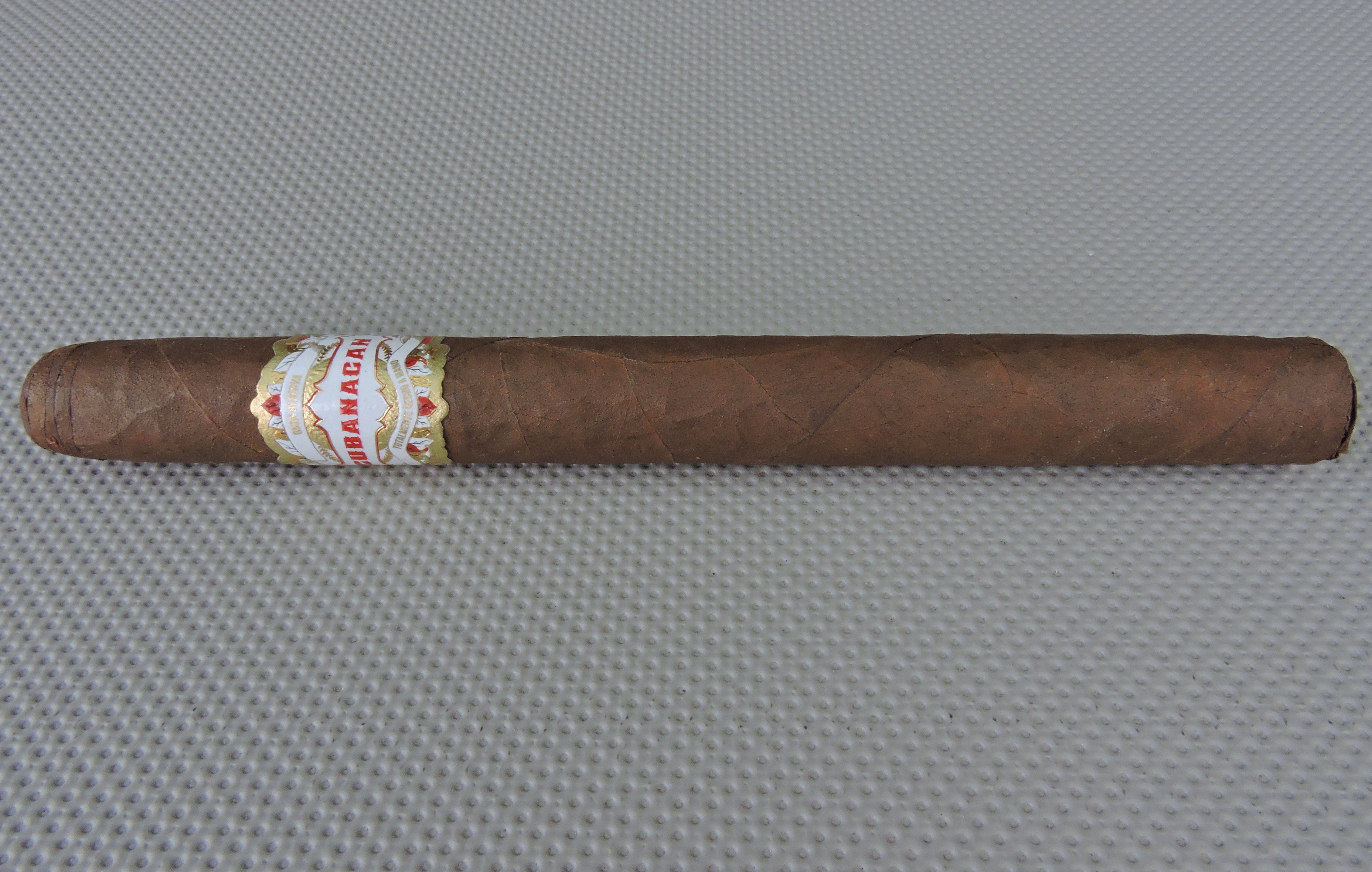 Late in 2017, came word that Cubanacan Cigars was repackaging and re-launching its self-titled premium cigar line. It was the company’s first major announcement in nearly two years.  In 2015, the company separated with Hirochi Robaina and Omar González-Alemán resulting in the distribution of the HR and Soneros lines through Cubanacan coming to an end. Since then, Cubanacan’s factory in Estelí, Nicaragua has continued to stay busy, focusing on production of its private lines. Between this change, and pending U.S. Food and Drug Administration regulations on warning labels for packaging, Cubanacan decided to use the opportunity to put a reset plan in for its Cubanacan line. As a result, the line received a makeover – complete with elegantly finished glossy boxes and revised bands. Today we take a look at one of the offerings in the Cubanacan portfolio, the Cubanacan Maduro Lonsdale.

The repackaging effort encompasses the Cubanacan Connecticut, Cubanacan Habano, and Cubanacan Maduro lines. These cigars are being branded under the umbrella “Cubanacan Heritage Gran Reserve 2016”.  The cigars in each of these three lines are presented in twenty-count boxes. These boxes feature a beautiful black piano-finish packaging in a felt bag. Each box/bag is also packaged in a sealed cardboard box to protect the piano finish.  In addition, the cigars were given black, gold, and red bands. However, there is one exception to these packaging changes – and that is the Cubanacan Maduro Lonsdale.  For that cigar, the company decided to go a slightly different route. Instead of a black finish, Cubanacan Maduro Lonsdale has a white piano finish box and felt bag. These are also cigars that are available in ten-count boxes featuring slots were each cigar could be placed. Like the black boxes, the white box/bag of the Cubanacan Lonsdale is packaged in an outer cardboard box. 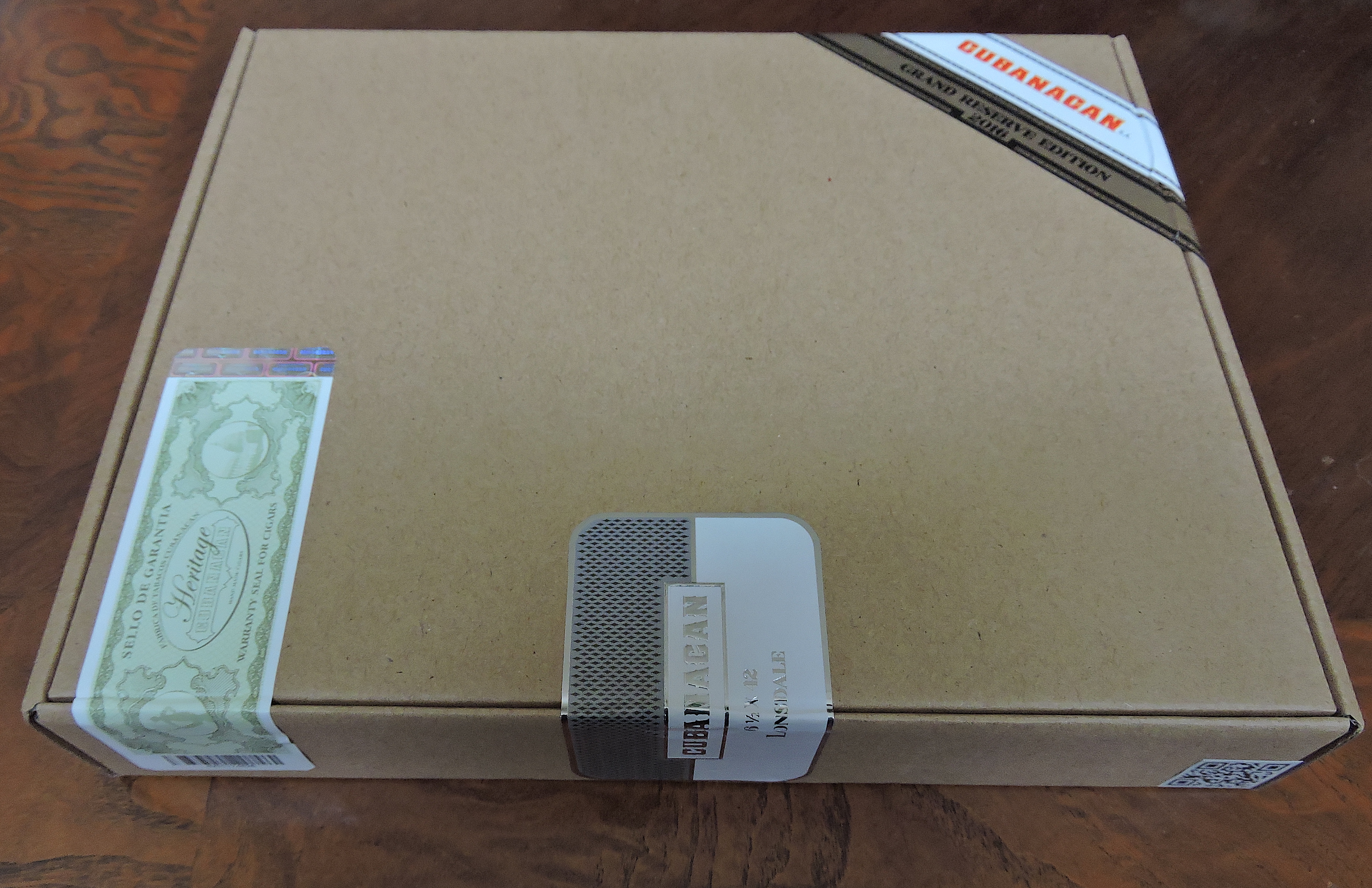 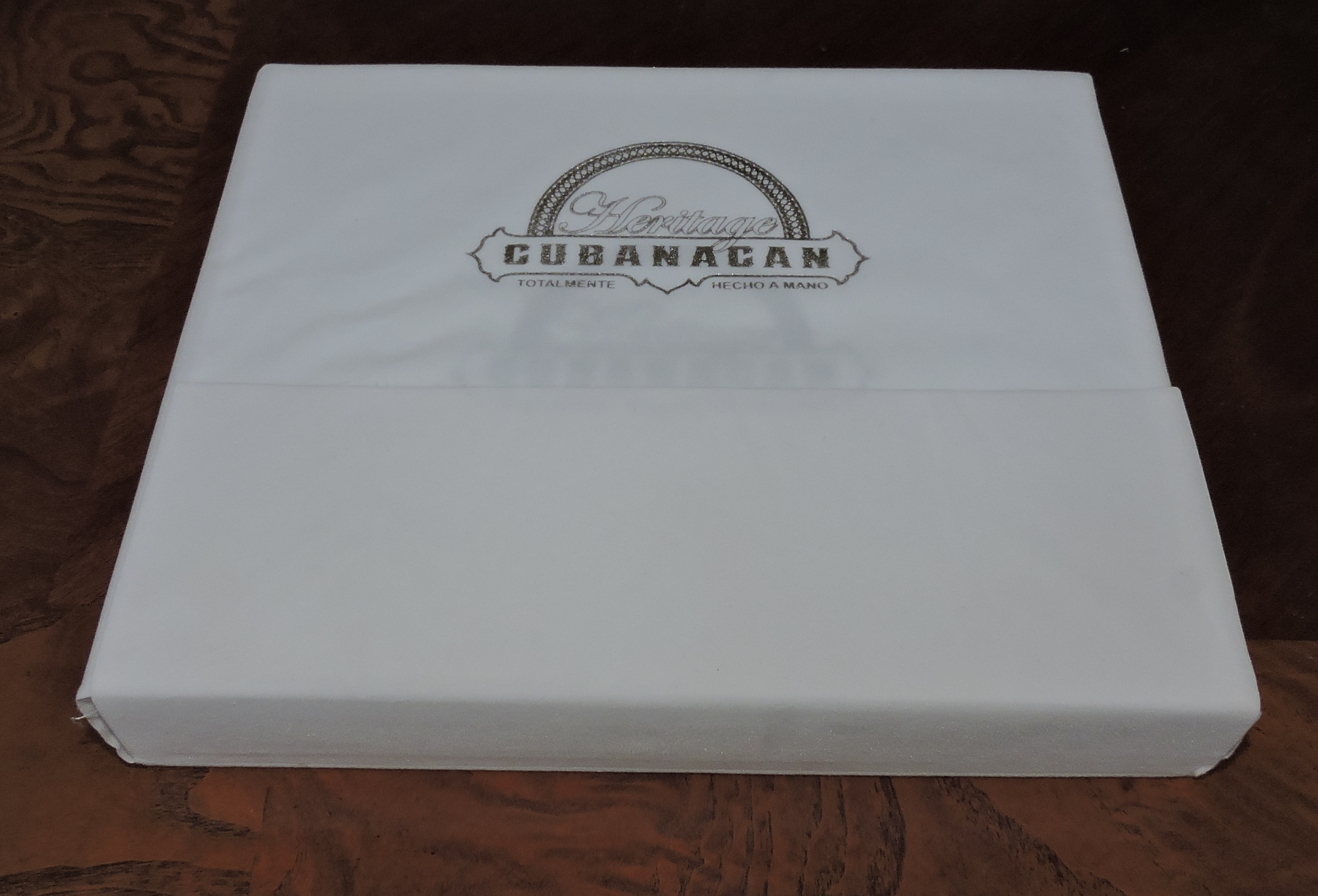 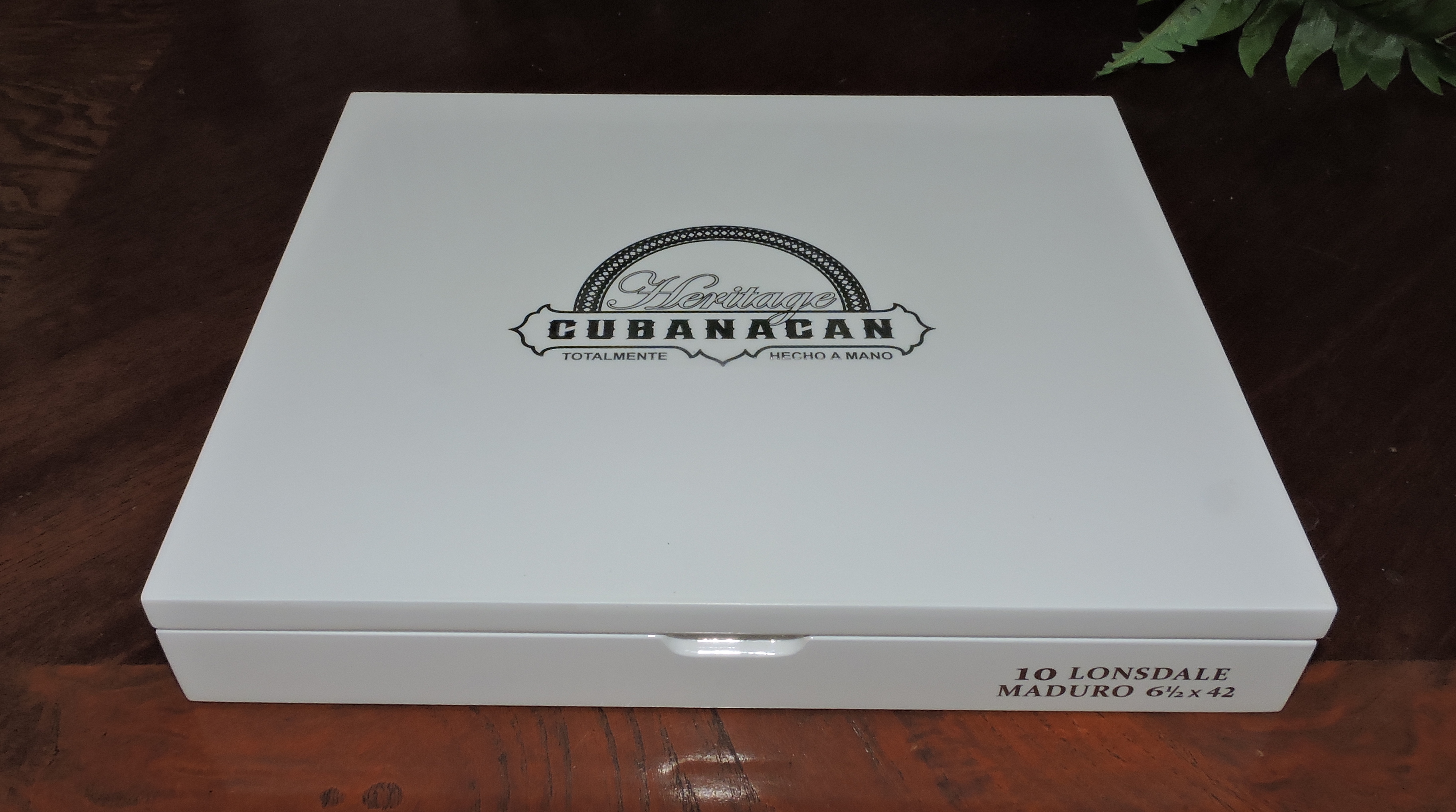 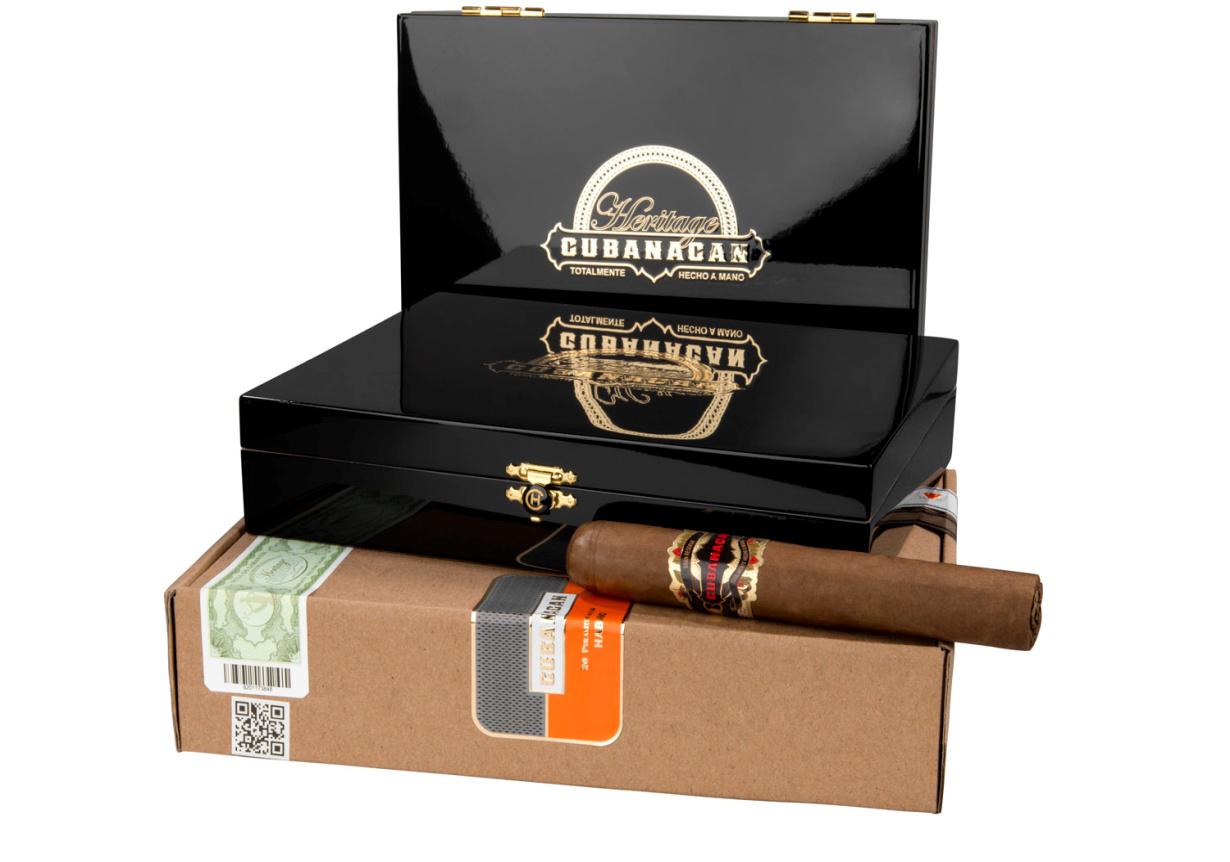 Without further ado, let’s break down the Cubanacan Maduro Lonsdale and see what this cigar brings to the table.

The Cubanacan Maduro is a three-country, multi-national blend highlighted by a Mexican wrapper. The cigars are produced at the company’s factory located in Estelí, Nicaragua, 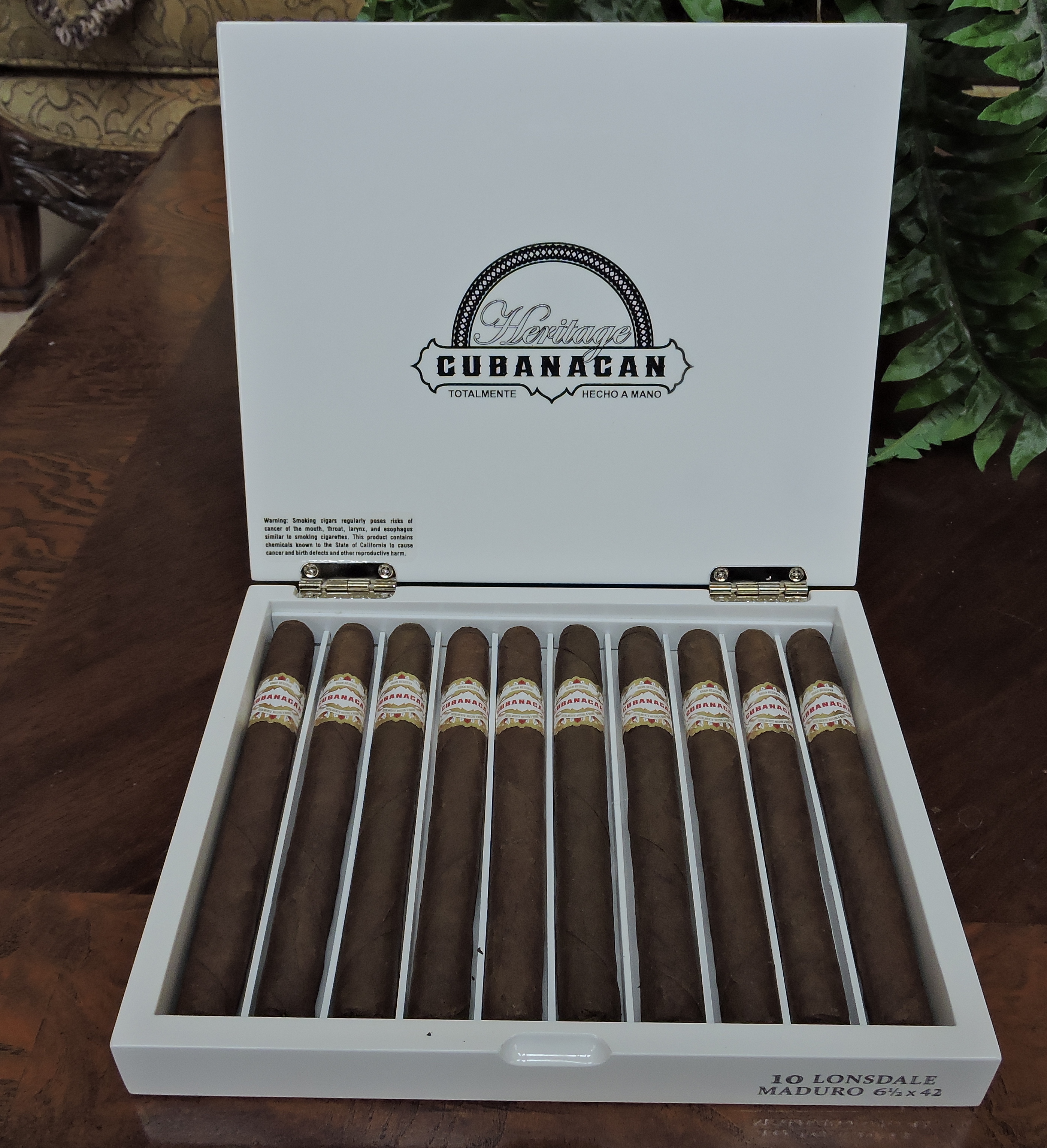 The Mexican wrapper of the Cubanacan Maduro Lonsdale had a roasted coffee bean color with a slight tint of Colorado red. Upon closer examination, there was some mottling on the surface of the wrapper. There also was a light coating of oil on the wrapper. This wrapper had the rugged charm that many Mexican maduro wrappers are known for. It was slightly bumpy with some thin visible veins and thin visible wrapper seams. 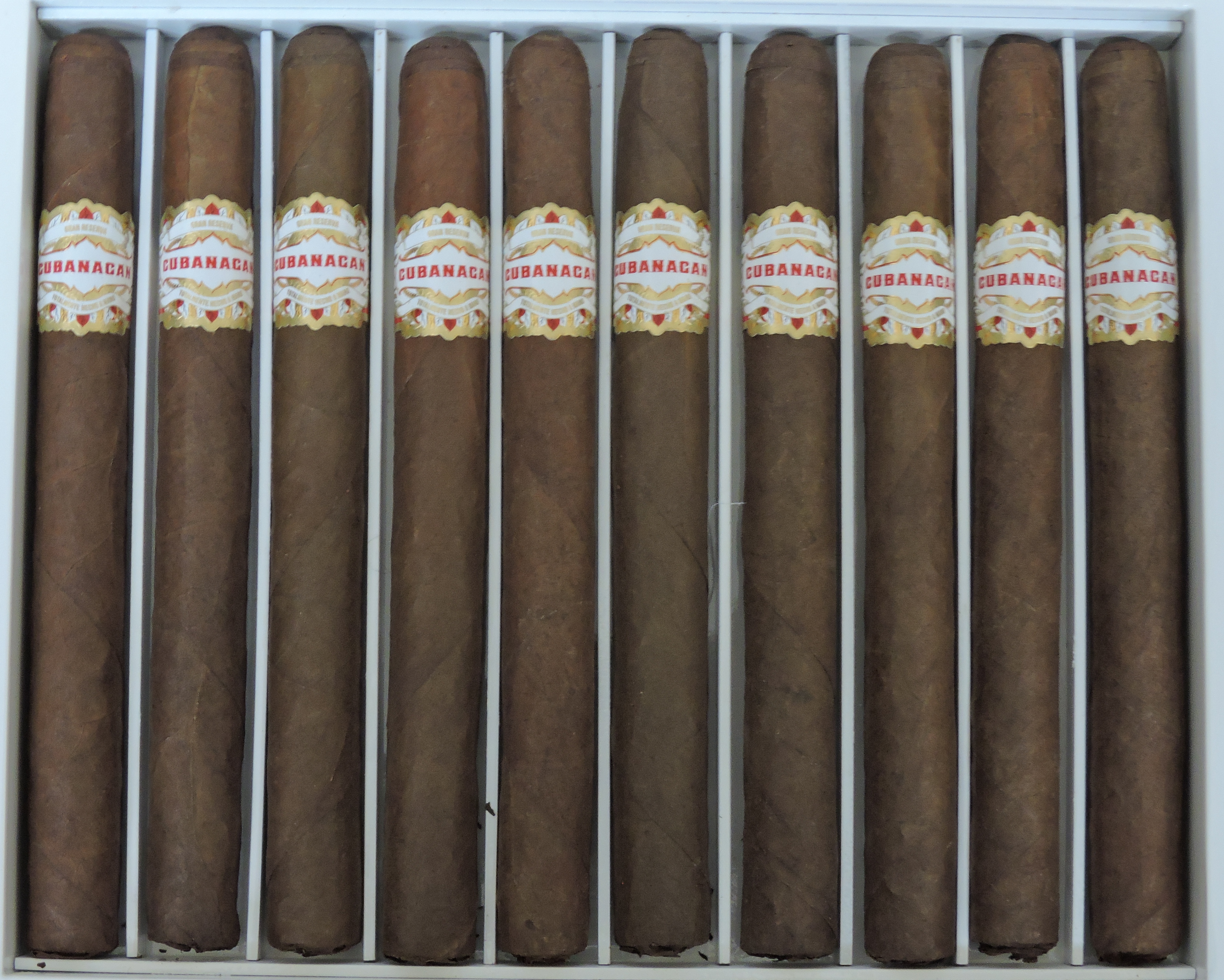 Prior to lighting up the Cubanacan Maduro Lonsdale, I opted to use a straight cut to remove the cap. Once the cap was removed, I proceeded with the pre-light draw. The cold draw delivered a mix of coffee and cedar. Overall, I considered the pre-light draw of this cigar to be satisfactory. At this point, I was ready to light up the Cubanacan Maduro Lonsdale and see what the smoking experience would have in store.

Right out of the gate, the Cubanacan Maduro Lonsdale delivered a mix of cocoa, earth, black pepper, cedar, and what I term maduro sweetness (a cross between natural tobacco and dried fruit). The early stages saw the cocoa, earth, and maduro sweetness move into the forefront. The cedar and pepper notes settled into the background, but both of these notes were quite prominent on the retro-hale.

During the first third, the cocoa, earth, and maduro sweetness varied in different degrees of intensity. As the Cubanacan Maduro Lonsdale moved into the second third, the cedar component of the cigar started to slowly increase in intensity. The cocoa and earth notes remained in the forefront. As for the maduro sweetness, it was no longer grounded in the forefront but now floated between the background and forefront.

As the Cubanacan Maduro Lonsdale moved into the last third, the cedar notes joined the earth and cocoa notes. Toward the end of the cigar, the cedar notes had the edge in terms of intensity. The maduro sweetness and pepper remained in the background, but during this third the pepper started to increase. This is the way the smoking experience of the Cubanacan Maduro Lonsdale came to a close. The resulting nub was firm to the touch and cool in temperature.

Construction-wise, I found the Cubanacan Maduro Lonsdale to be excellent and this reflected nicely on the scores of burn and draw. The burn path and burn line of the Cubanacan Maduro Lonsdale remained straight from start to finish – not requiring an excessive amount of touch-ups. The resulting ash was firm with a gray color. The burn rate and burn temperature were both ideal. 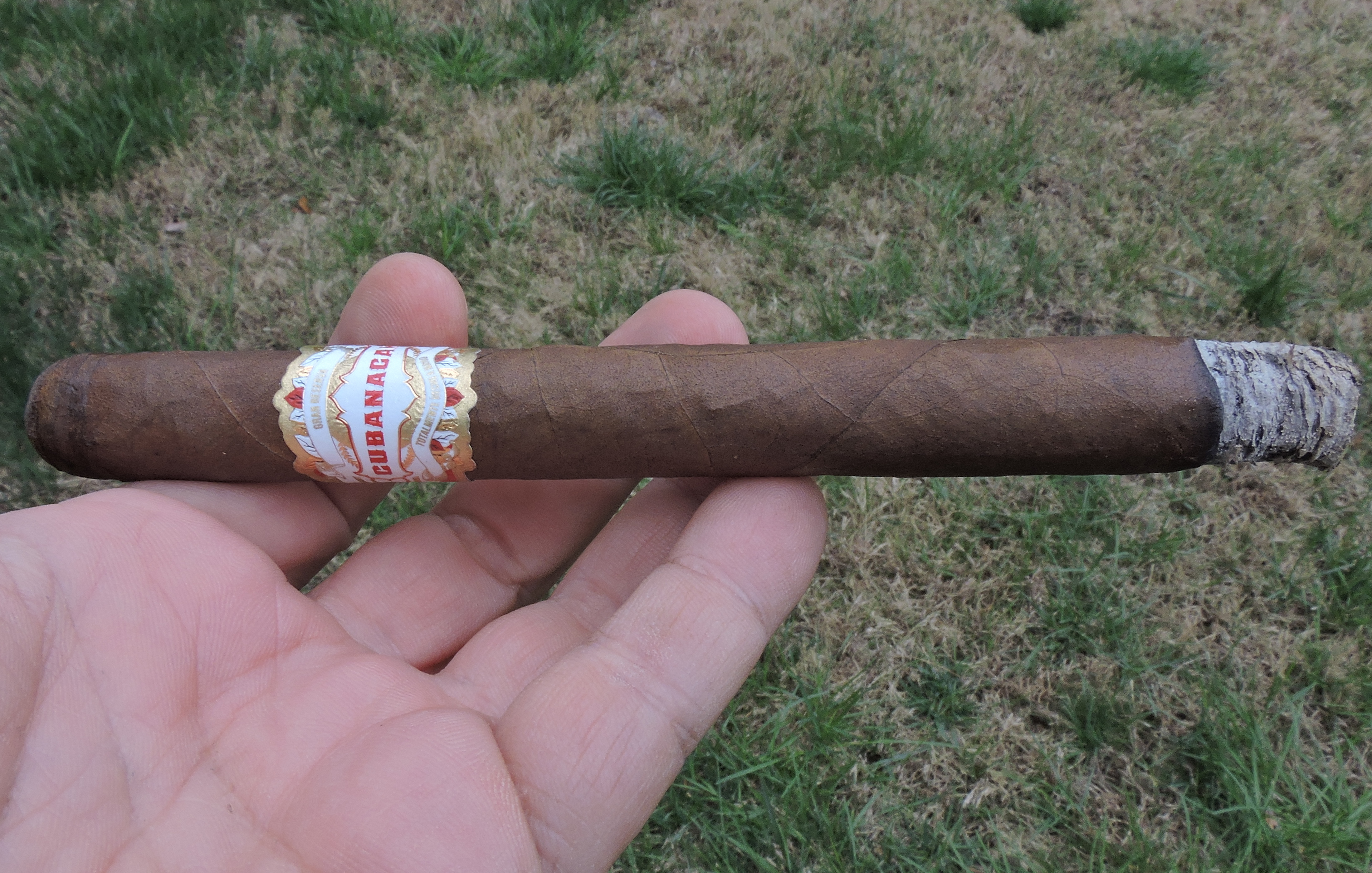 Burn of the Cubanacan Maduro Lonsdale

The draw to the Cubanacan Maduro Lonsdale performed very well. This was a cigar that had a touch of resistance on the draw – which is something that I like. At the same time, this was still a low maintenance cigar to derive flavor from.

In terms of strength, the Cubanacan Maduro Lonsdale came in at a solid medium. There was a slight increase in intensity along the way, but as the cigar experience came to a close, the strength still was in the medium range of the spectrum. The body was a different story, as there is a lot of depth to the flavors. This cigar started out medium to full-bodied and by the second half, I found the Cubanacan Maduro Lonsdale to be full-bodied. This is one of those cigars where if you don’t retro-hale, you will not realize how much body this cigar has.

When you talk about what is hot among many cigar connoisseurs, two things that will come to mind are – small ring gauges and Mexican wrappers. In the case of the Cubanacan Maduro Lonsdale, it is going to bring the best of both of these worlds together. This is a cigar that is going to deliver rich, bold flavors and a nice balance of sweet and spice. While this cigar does carry a price point over $10.00, it is one that is going to deliver big in terms of the overall experience. This is a cigar I would steer to a more experienced cigar enthusiast, but if a novice wanted something full-bodied without the strength – this would be the perfect cigar. As for myself, I would smoke this again. The ten-count box makes a box purchase more attractive, and as a result, this cigar garners box worthy consideration.