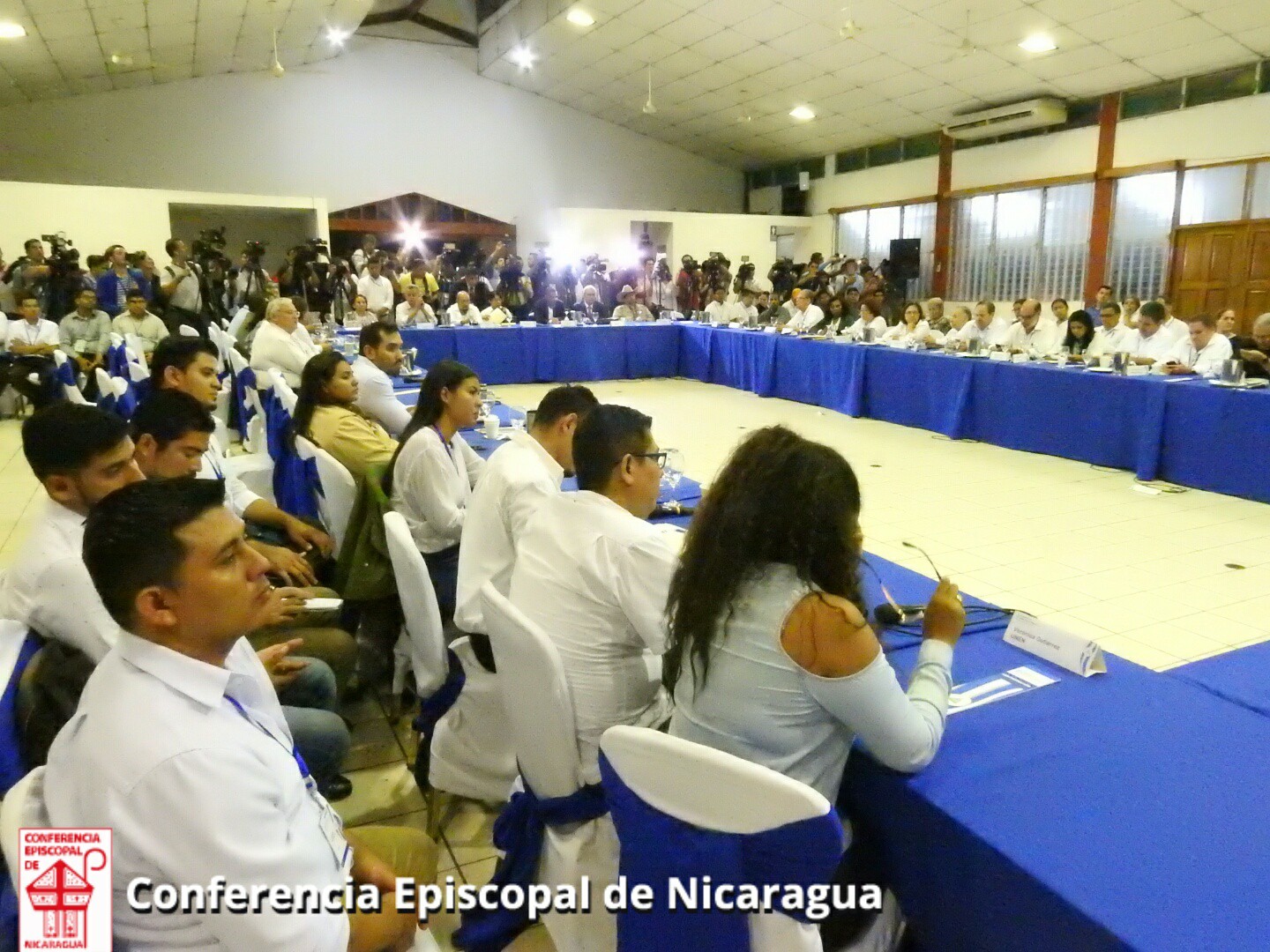 First steps toward ending the violence in Nicaragua occurred late Friday night. Yesterday, a “National Dialogue” between the government and opposition groups mediated by the Bishops of the Catholic Church in Nicaragua occurred. Late Friday night it was announced that both groups agreed to end the violence, and the government agreed to allow an International probe into the deaths of 170 people as a result of the protests.

After reports of an initially tense start to the National Dialogue, the framework for the talks was agreed on – focusing on two areas: human rights and democratization of the country. On Friday June 15, word came that the parties had made an agreement on the human rights issues. Today (Saturday), the talks stem on the democratization. As a part of the agreement on the human rights piece, the cessation of the violence and bringing in an international group to end the violence was a good first step.

Details of the agreement (in Spanish) can be found here.

The talks yesterday did not address the resignation of President Ortega and his wife, something the protest groups have been insistent on. This is expected to be a part of the democratization talks on Saturday. This could play a key role in determining if the violence in Nicaragua truly will come to an end. In terms of how and when the cessation of the violence will occur, that is an unknown.

The protests began on April 19th and were triggered by changes proposed to Nicaragua’s pension plan. The initial peaceful protests turned violent after the government took a heavy-handed response to the protesters. The protesters have called for the resignation of President Daniel Ortega and his wife, Vice President Rosario Murillo. In particular corruption around the recent election had been a big issue for some time and the pension changes were essentially a straw that broke the camels back.

Over the past couple of weeks, a series of road blockades organized by opposition groups have strangled Nicaragua’s road system, impacting many businesses including the premium cigar industry. The blockades have impacted shipping – and prevented workers from getting to work. Over the past week, these impacts had intensified.

The Church had gotten involved in mediation talks last month, but they broke down on May 23, after the government officials refused to discuss a 40 point agenda by the protesters.

Last week came word the Church would attempt to restart the mediation talks and gave a proposal to Ortega. Ortega said he would take two days to think it over. When it appeared Ortega would not come back to negotiating table, the Higher Council of Private Enterprise (known as Cosep) and Civic Alliance for Justice and Democracy called for a national strike to be held on June 14, 2018. While it didn’t stop the violence, the strike shut down a day of business in Nicaragua – including Estelí, which saw many streets empty. Most cigar companies were shut down on that day as well.  On Friday, many businesses (including cigar companies) saw workers back on the job. Concurrently, the government agreed to resume the mediation talks.

Editor’s Note: I received a few messages on this article based on some more incidents of violence occurring this morning, First, the title of the article is “take first steps” and the key words are “first steps”. The article reported on what was agreed to and that is documented in the statement linked in the article from the Bishops. The article also mentions more negotiating is continuing today around the democracy issues, so some things can very much change. Finally, the article mentions in terms of how and when, this is an unknown. Again the key words are the headline “first steps”. Violence and blockades still exist and have been occurring and I apologize if anyone thought we were implying these events were now over.