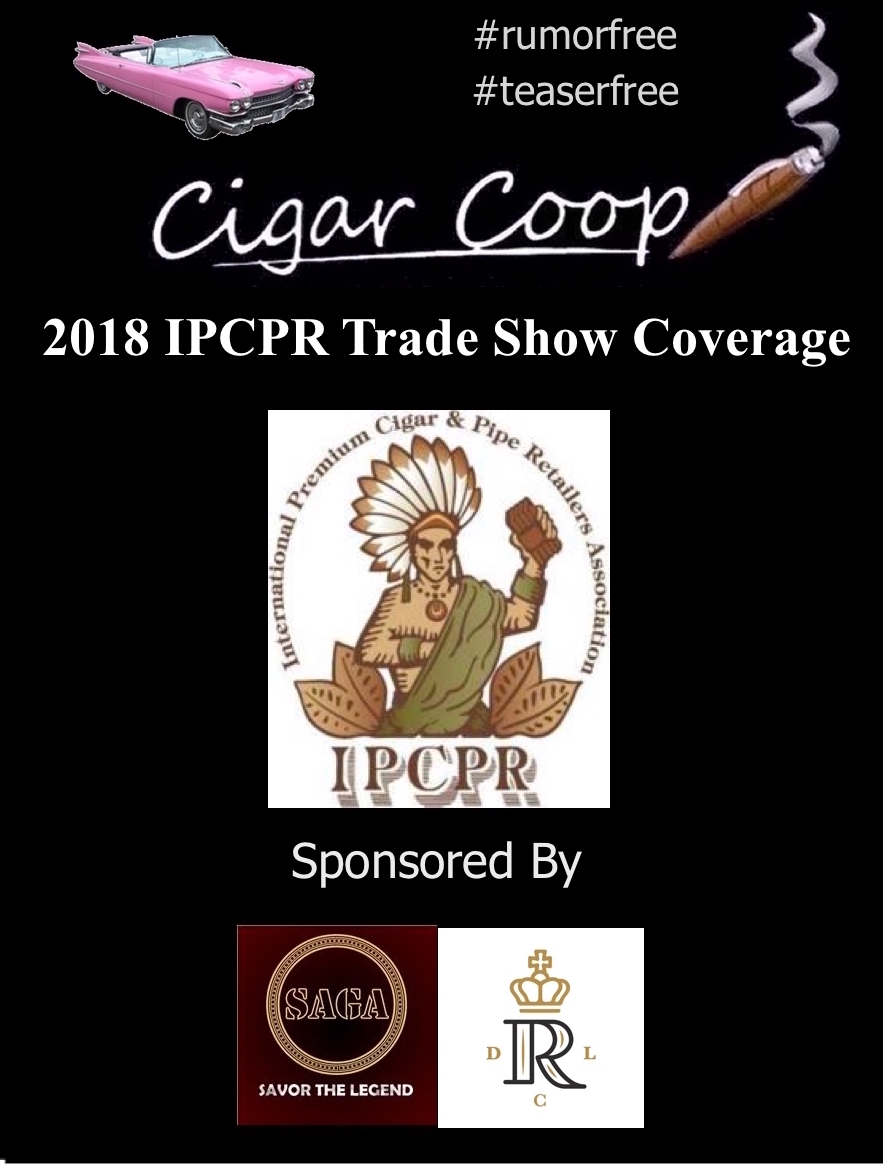 For starters, the potential norovirus outbreak at Westgate Hotel did not seem an issue. All of the seminars and breakout sessions, including the Opening Breakfast, were moved to the Las Vegas Convention Center.

The evening before the show featured a media reception hosted by Mombacho Cigars. It’s the fourth consecutive year they hosted a reception.

When the Opening Breakfast happened the next day, I immediately noticed a much fuller crowd than previous years. After introducing new IPCPR Executive Director Scott Pearce, this business of the IPCPR show got underway. This was followed by the 2018 IPCPR Step Up Award, which went to Todd LaScola of the Havana Cigar Club in Warwick, Rhode Island. Many Cigar Coop readers know Todd from his days of appearing on the Stogie Geeks show. He received the award for helping spearhead Rhode Island retailers to challenge a tobacco tax increase. 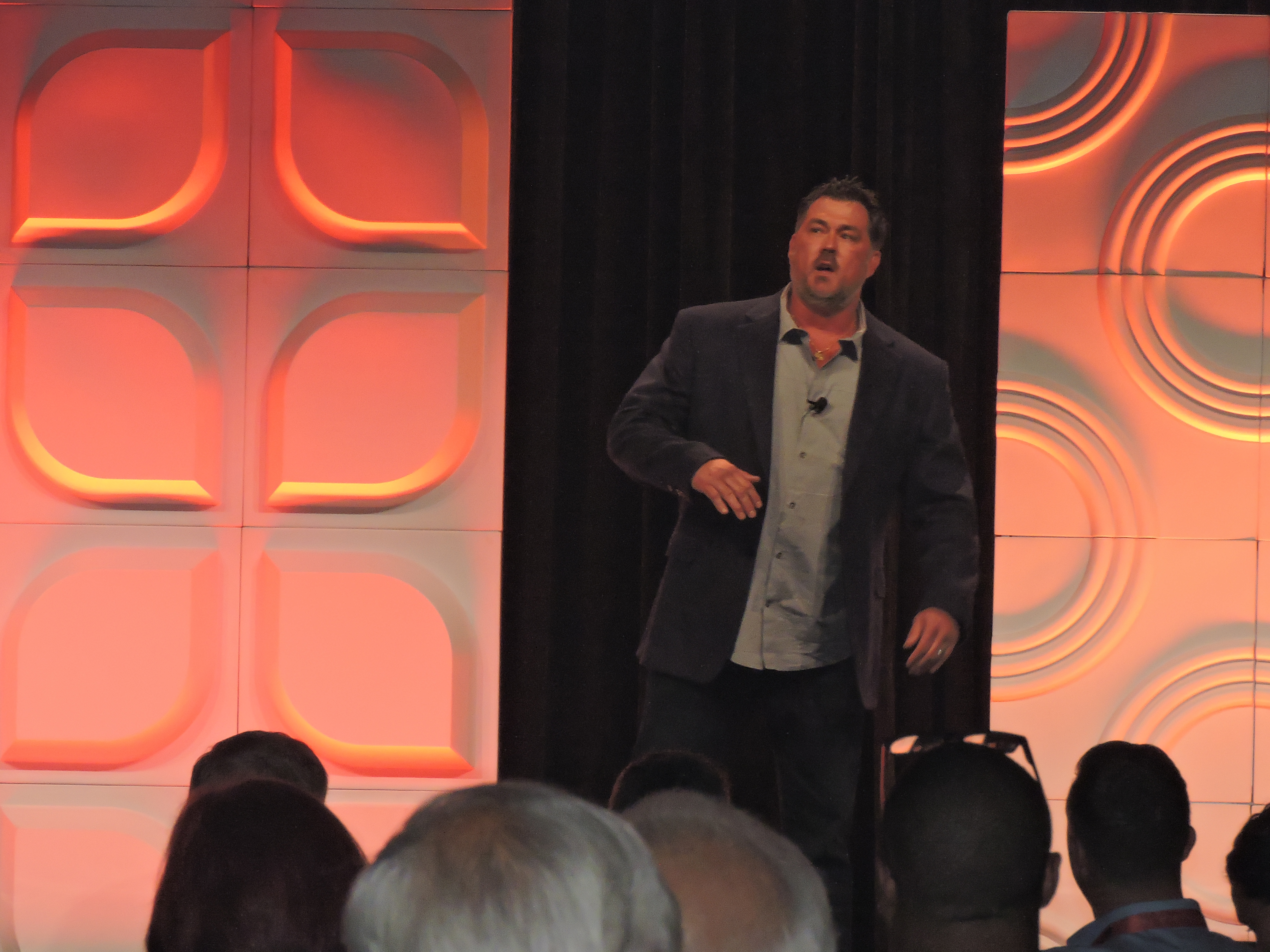 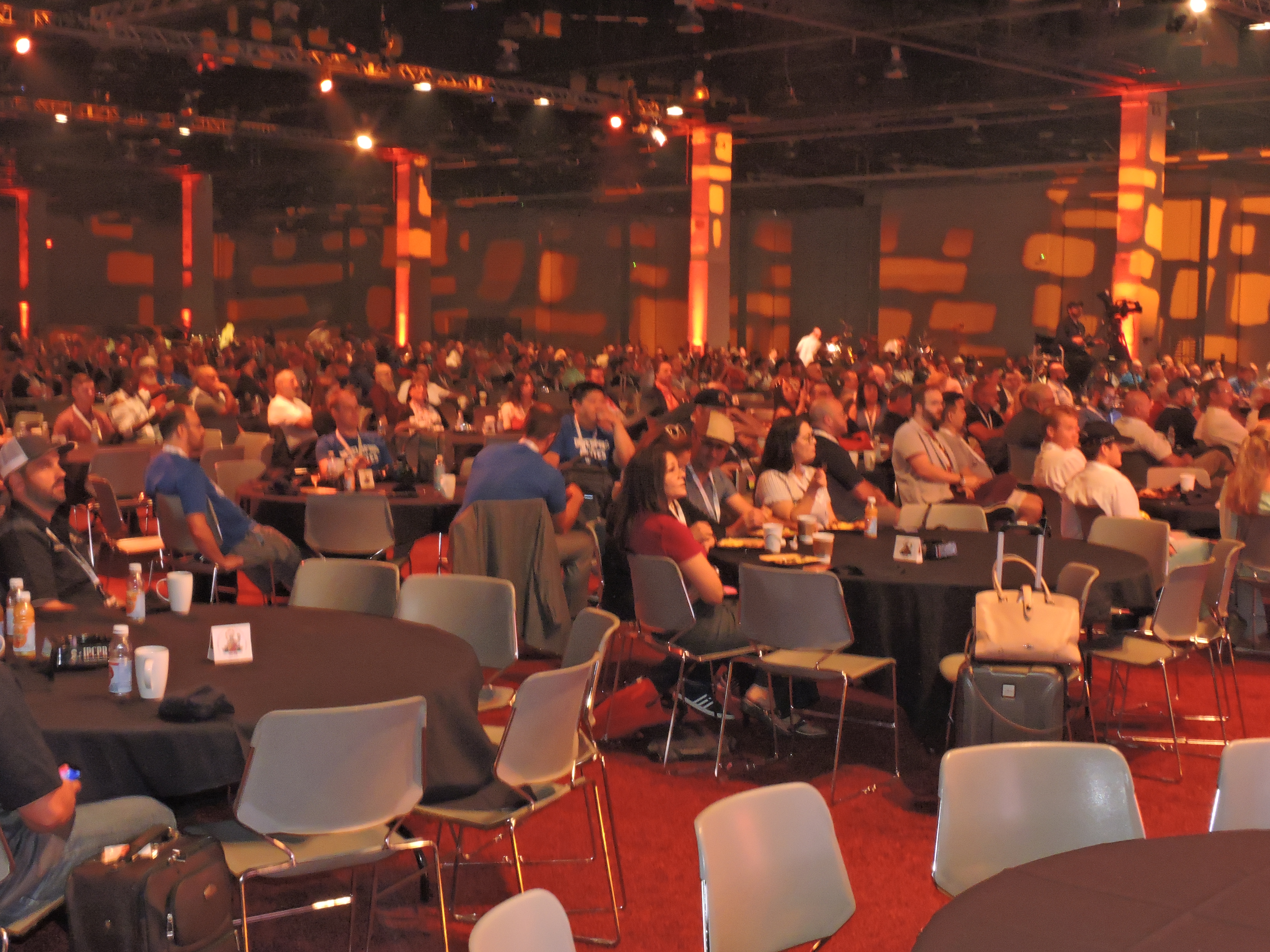 The breakfast capped off with a keynote address by former Navy Seal and author Marcus Luttrell. Last year, former New York City Mayor Rudy Giuliani gave the keynote. While I was very critical of Giuliani’s keynote as a whole, what was most disappointing was Giuliani seemed to be simply making a campaign speech. It was pleasant to see Luttrell didn’t deliver a politically charged agenda. The audience responded very positively, giving Luttrell a standing ovation.

While we don’t report attendance numbers, comparing first-day traffic from the traffic the year before,  it definitely seemed to be up. This was confirmed by many of the exhibitors.

A highlight of the day was the unveiling of the Cedrus by Southern Draw Cigars. Owners Robert and Sharon Holt opted to use the trade show to formally unveil the first vitola of the Cedrus called The Hogan. A presentation took place during the second hour of the trade show, there the Holts told the story of the inspiration behind the cigar as well as the blend. In addition, the Cedrus remained covered until the presentation took place. 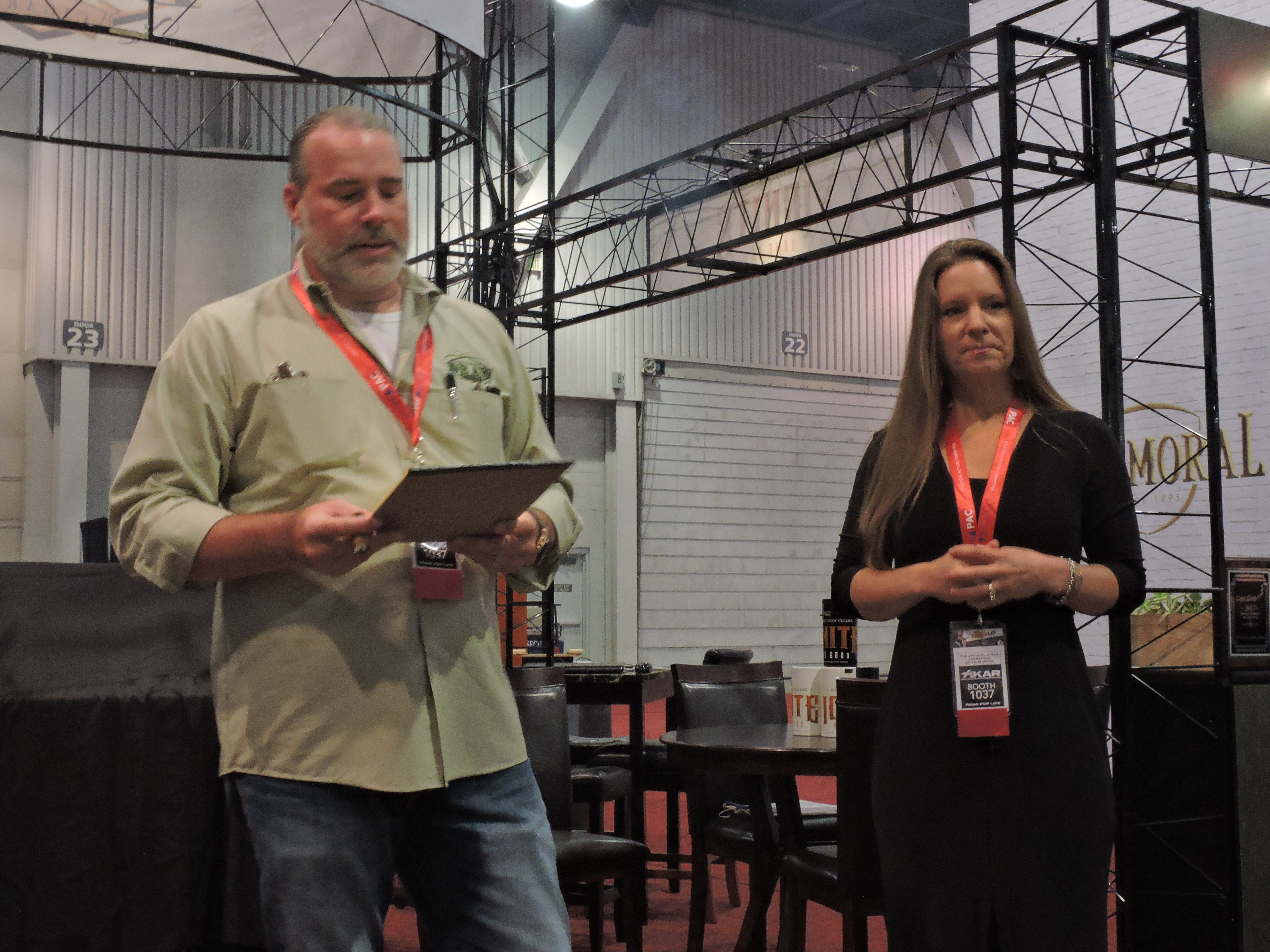 Toward the end of the day, Davidoff held its annual media reception in its newly designed booth. The booth was smaller than in previous years, making for a crowded reception. We will discuss more particulars and observations on our Davidoff Spotlight report.

Finally, the first day was capped off by media parties hosted by General Cigar Company and then Drew Estate. Both of these parties were held in outdoor venues. After the General party, a driving thunderstorm hit the city of Las Vegas. I’ve been coming to Las Vegas quite frequently over the past 15 years and it was a rainstorm I’ve never seen the likes of hit Vegas. The rain cleared up just in time for the Drew Estate party.