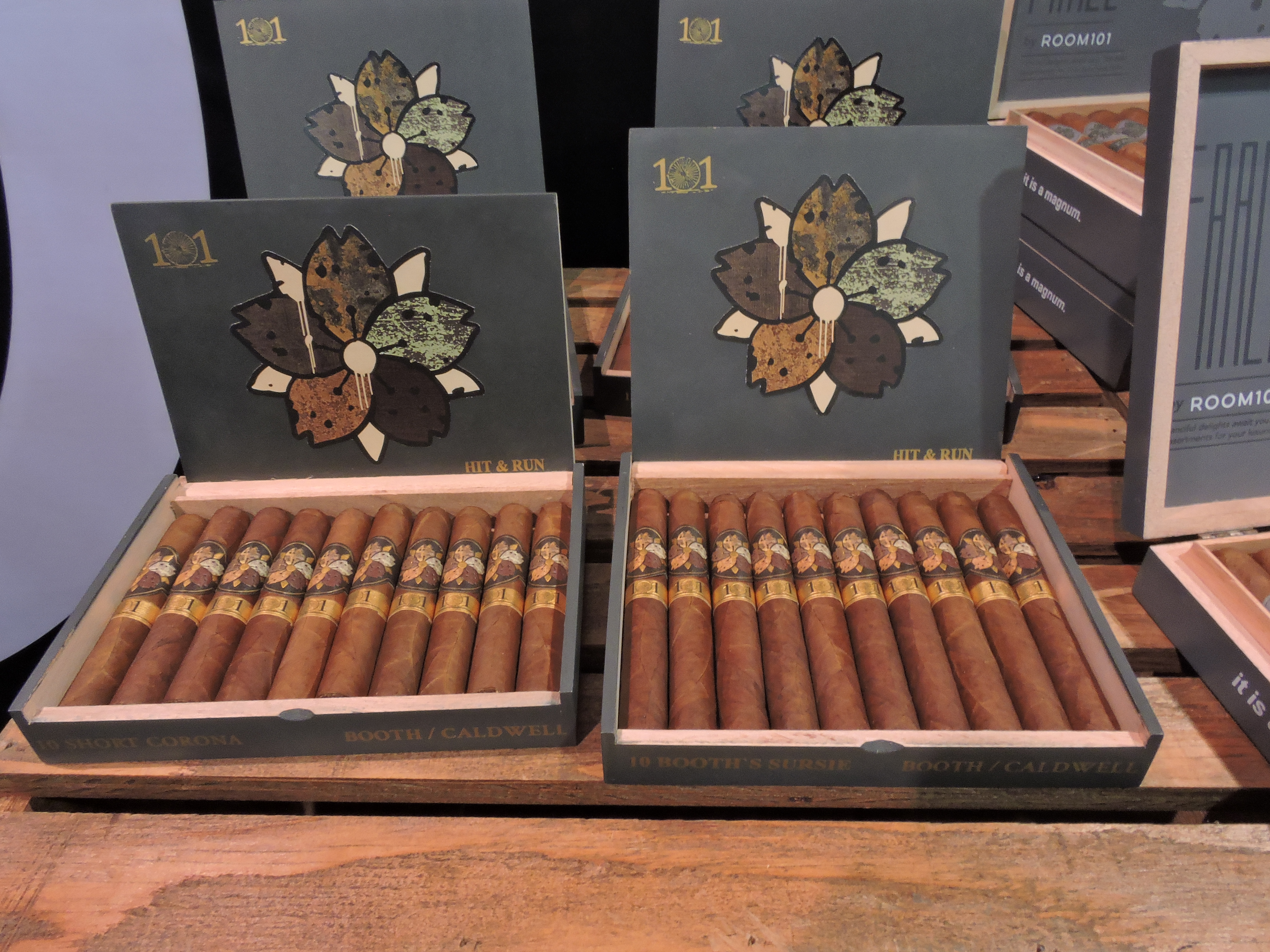 Hit & Run, the first collaboration done with Robert Caldwell and Matt Booth, will have a sequel. At the 2018 IPCPR Trade Show, the duo showcased Hit & Run Part Deux (Rip & Dip). It’s a cigar designed to be a bolder offering than the original Hit & Run.

The cigar features what is described as a Central American Habano wrapper over an undisclosed binder and a mix of Dominican, Nicaraguan, and U.S. fillers. The cigars will be released in four sizes (Short Corona, Almost Robusto, Super Toro, and Almost Churchill). Production comes from Tabacalera William Ventura in Tamboril in the Dominican Republic.

Like the original Hit & Run, the cigars are not branded as a Room 101 Cigar. The cigars are distributed by Caldwell’s Down and Back distribution company.

At a glance, here is a look at the Hit & Run Part Deux: