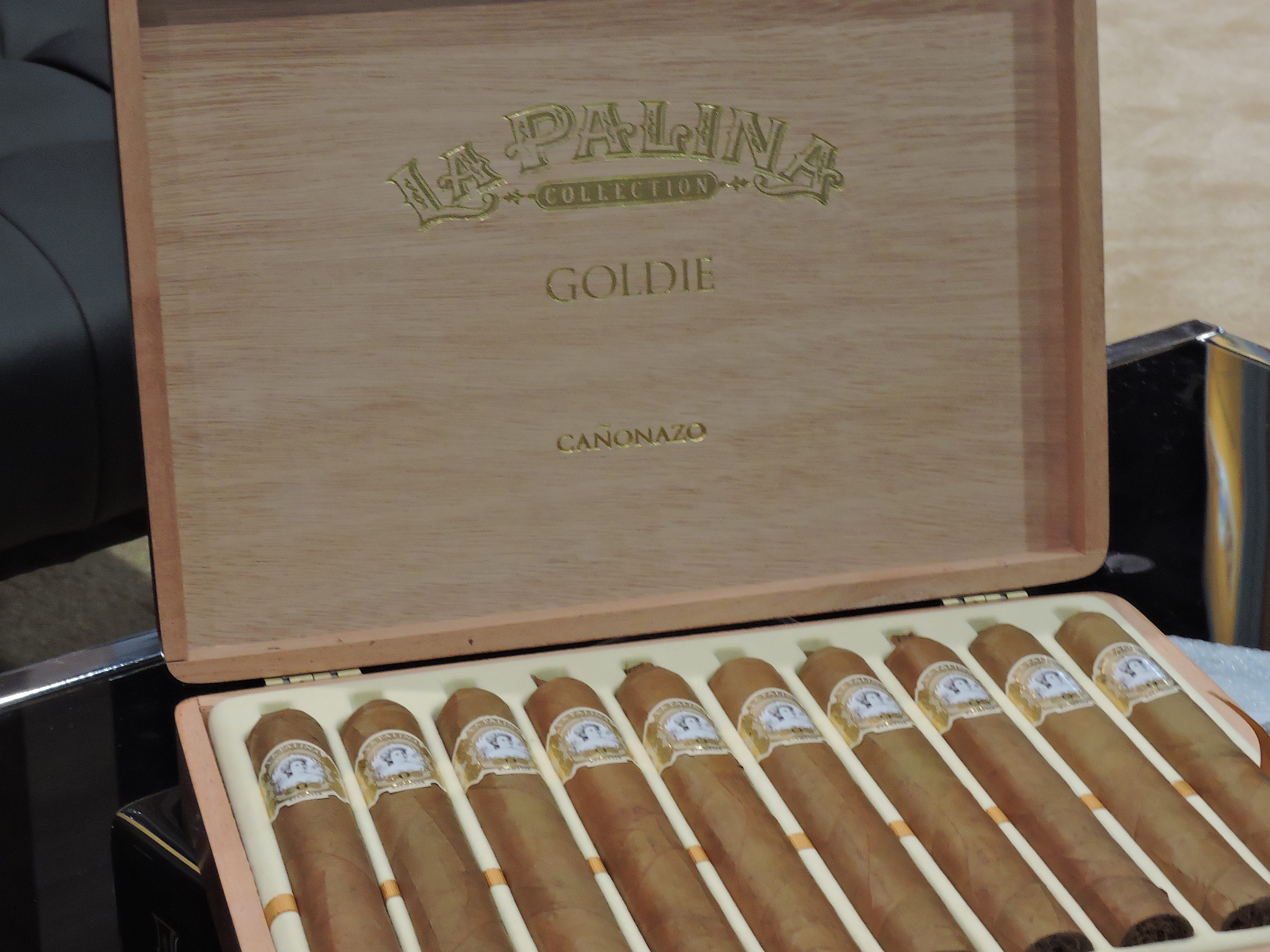 At the 2018 IPCPR Trade Show, La Palina Cigars unveiled the seventh installment of its annual Goldie series – and this one is in the classic Ciban 5 7/8 x 52 Cañonazo format.

The Goldie line was created as a tribute to Goldie Drell Paley, the wife of Sam Paley – who founded the La Palina brand back in 1896. It is meant to be a tribute to the accomplishments of women in the cigar industry. Once again, Miami’s El Titan de Bronze factory will handle production. The series was originally rolled by acclaimed Cuban roller Maria Sierra, but last year she retired and her duties were taken over by Lopez “Chino” Perez.

The blend features an Ecuadorian wrapper and binder over a blend of Nicaraguan and Dominican tobaccos that incorporates the often scarce high priming medio tiempo leaves.

As in previous years, the La Palina Goldie Cañonazo is packaged in 10-count boxes and production is limited.