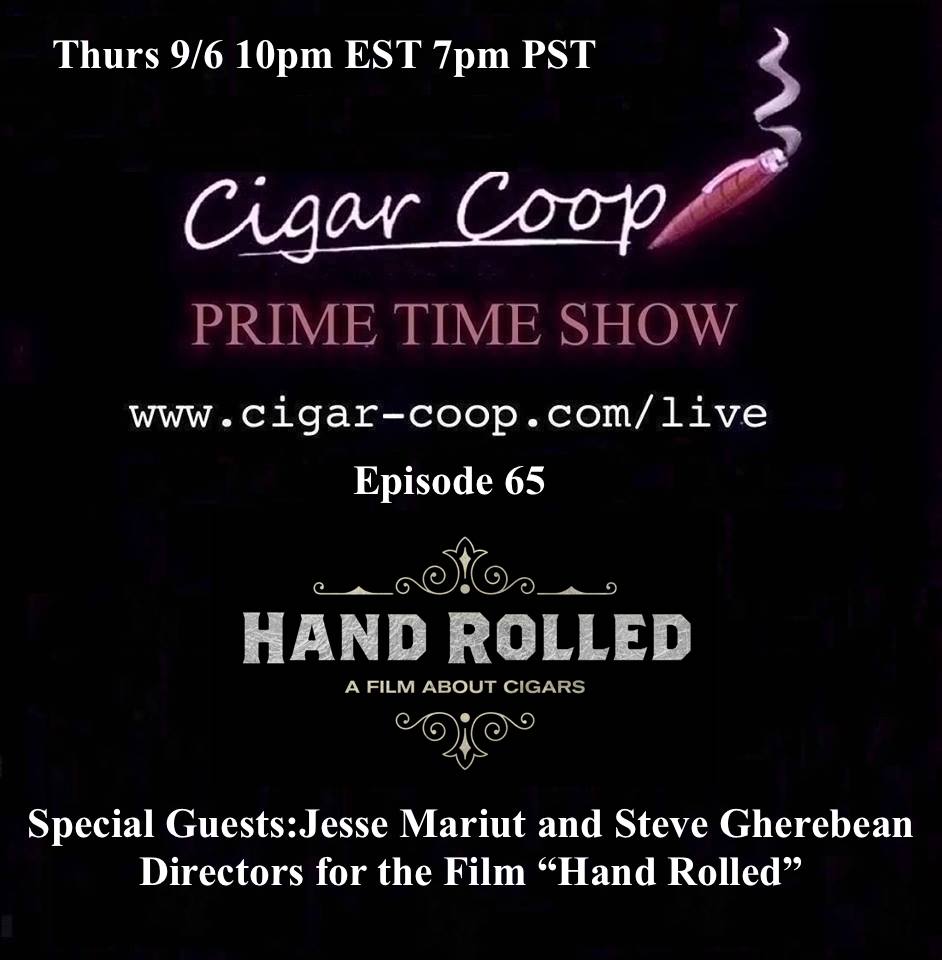 For the first time, the story of the premium cigar industry is being told in a motion picture. The film is called “Hand Rolled – A Film About Cigars” and we welcome the directors of the film, Steve Gherebean and Jesse Mariut to Prime Time. We will get some insights into how this project came about and what the audience can expect from the film.

NFL Season kicks off tonight and in our Debonaire Ideal segment, we will make some NFL picks for over/under in terms of wins. Finally, in our Deliberation Segment, there was a controversial article in the Robb Report about “The 20 Best Cigars that Smoke Like Cubans”. We will break down the article and discuss the controversy behind it.

Tune in live at 10pm Eastern/7pm Pacific. If you miss us, you can catch Prime Time any time on Google Play Music, iTunes, Podbean, and YouTube. The Prime Time Show – all about industry people and industry talk.