Agile Cigar Reviews are cigar assessments where we use a lightweight, shorter format. These will never take the place of our comprehensive reviews. They are only used on blends we have previously assessed. This might be a blend we are re-scoring or giving a score for the first time. It might be a blend we are looking at in a different size.. Today we look at the Plasencia Alma Fuerte Nestor IV. This is a cigar line we have previously assessed in the Generación V size back in March 2018. 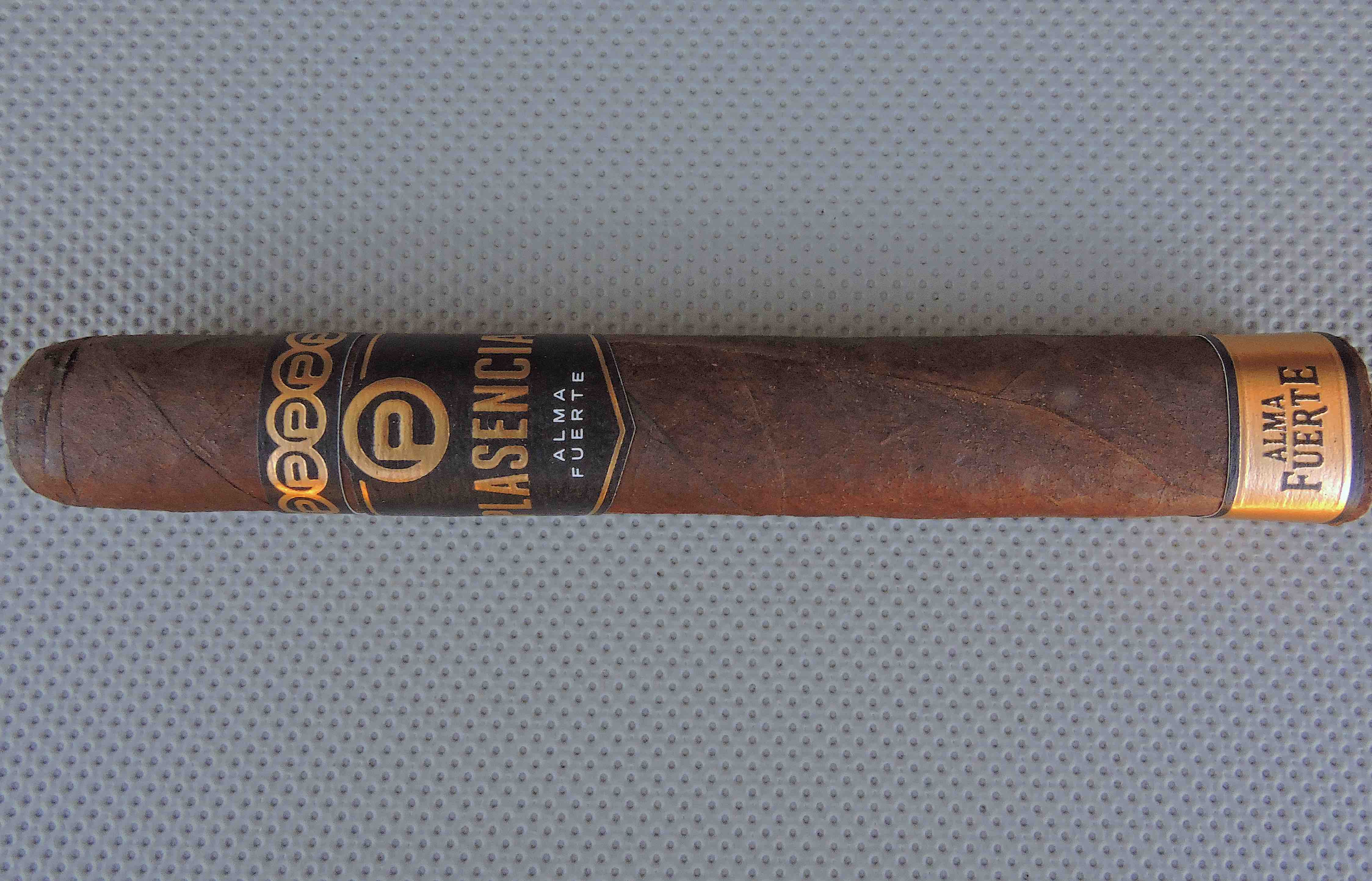 The Plasencias are world-renowned for being premier growers and tobacco manufacturers in the cigar industry. In 2016, the family took a new step bringing its very own cigar brand to market. The company established Plasencia 1865 cigars to handle the sales and distribution of these cigars. The first release was a line called Alma Fuerte, an ultra-premium Nicaraguan puro which utilizes some of the best tobaccos that the Plasencias set aside over a decade ago. Today we take a look at one of the sizes known as the Nestor IV, a 6 1/4 x 54 box-pressed Toro.

Alma Fuerte was the first in a planned five-part series of “Alma” cigars. The name translates to “Strong Soul” – something that reflects the passion of the Plasencias in the cigar business. Since then, the company has added the second installment, Alma de Campo. For the Alma Fuerte, the Plasencias opted to release a 100% Nicaraguan puro blend. It’s a line that is Criollo ’98-centric.  The tobaccos are from Plasencia farms in the four main growing regions of Nicaragua: Condega, Estelí, Jalapa, and Ometepe. The cigar is produced at the Plasencia S.A. factory in Estelí, Nicaragua.

The Plasencia Alma Fuerte Nestor IV kicked off with notes of natural tobacco, cedar, chocolate and earth notes. The natural tobacco and cedar notes had a savory quality during the first third. By the second third, the savory quality receded and the earth notes would replace the cedar in the forefront. During this stage, the earth and natural tobacco alternated in intensity and a slight black pepper note emerged. By the time the last third came around, the earth notes took over as the primary note. There was an increase in cedar and pepper notes. The flavors delivered started out medium-bodied before progressing to medium to full in the second half. This was countered by medium strength.

The Plasencia Alma Fuerte line gets big props for having two very innovative vitolas with the Generación V and the Sixto II, but the vitola that shines is the box-pressed Toro with the Nestor IV. The flavors were rich and seemed to gel together best with this vitola.  I also found the classic shape to perform best when it came to the basics of burn and draw. This is a cigar I would recommend to an experienced cigar enthusiast, but it’s one that is nice for a novice looking to graduate to something fuller. At $20.00, it’s not an inexpensive cigar, but its one that certainly garners box worthy consideration.