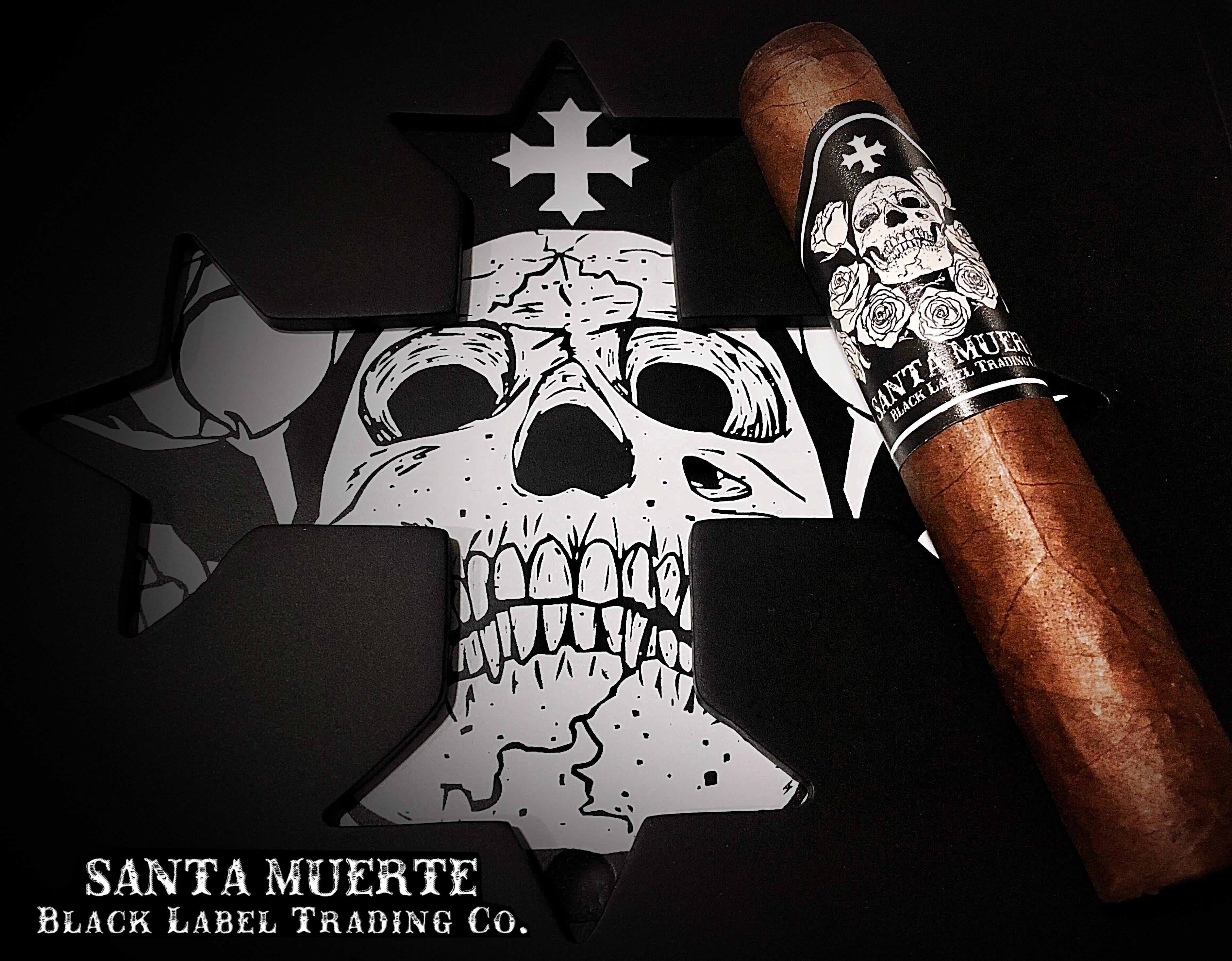 This week, Black Label Trading Company’s Santa Muerte, an annual small batch release commemorating the Day of the Dead, is shipping to retailers. It’s the third consecutive year, this limited edition cigar has been released.

“We have gone out of the box with Santa Muerte. Although it doesn’t pack the punch of most of our LE’s, Santa Muerte is an extremely complex smoke. It features Broadleaf, San Andres, Dominican and Nicaraguan tobacco among the 6 filler tobaccos. You experience layer upon layer of coffee, malt, spice and cocoa. As the name suggests, there is a Day of the Dead tribute to honor those we have lost,” said James Brown, creator of BLTC and partner at Fabrica Oveja Negra in a press release.

Like the previous release, the 2018 edition of the Santa Muerte features an Ecuadorian Habano wrapper and binder as well as Dominican, San Andres, and Nicaraguan tobaccos in the filler. The cigar also returns in the same sizes as in previous years: Corona Gorda (5 1/2 x 48) and Short Robusto (4 3/4 x 52). Both sizes are available in 20-count boxes and each cigar has a suggested retail price of $10.00.