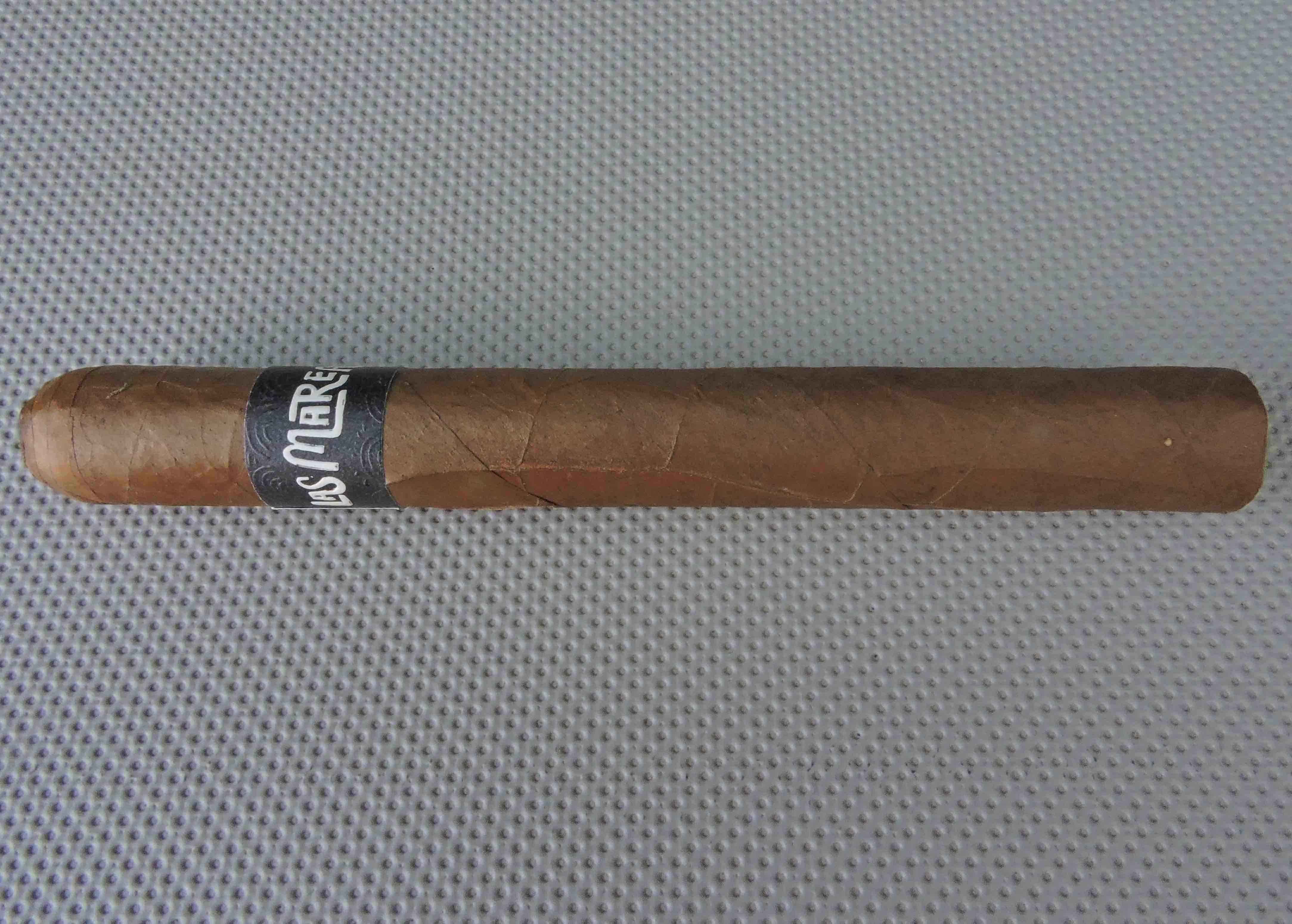 Las Mareas is the sixth regular production line that was released by Crowned Heads Cigars. It marks the third regular production line that Crowned Heads produced out of Nicaragua at the My Father Cigars factory. Las Mareas is a very different release in a lot of ways – ranging from the packaging to the blend. The packaging is somewhat of a departure for Crowned Heads as the packaging embraces a more contemporary style. The blend would be not only the first Nicaraguan puro released by Crowned Heads, but it would mark the first Corojo wrapped cigar by the company. Today we take a closer look at Las Mareas in the Olas size – a Corona Gorda vitola.

Las Mareas translates to “The Tides”. The packaging for the box labels was developed using a technique known as linoleum black printing to create a wave-like effect on the box labels. This design was also reflected on the actual bands of the cigar as well as the grain of the wood on the boxes. Crowned Heads released a very informative video demonstrating this technique. 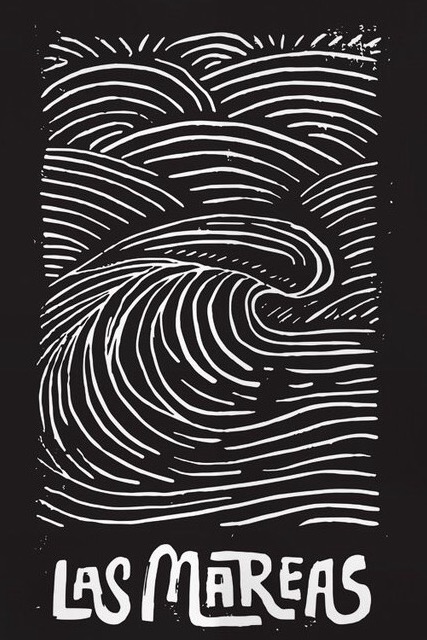 Word of the Las Mareas project surfaced in late 2015, and subsequently Crowned Heads had a soft launch of the blend to select retailers using pre-release white bands. The cigar made its official debut at the 2016 IPCPR Trade Show featuring the final packaging as described above.

Without further ado, let’s break down the Mareas Olas and see what this cigar brings to the table.

Each of the vitola names is in Spanish. To some extent, there is a connection with water and/or surfing with the vitola names. Tuberia (Pipeline), Rebeldes (Rebel – I’ll infer a surfing connection), Olas (Waves), and Ciclopes (I’ll infer Cyclopes from Odysseus’ voyages in The Odyssey).

Note from Crowned Heads Owner Jon Huber. Following publication of this review, he explained the following:

The Nicaragua Corojo ’99 wrapper of the Las Mareas Olas had a medium brown color to it. There was a light coating of oil on the surface. While there were some visible veins and visible wrapper, I found this wrapper to be on the smooth side.

The band keeps true to the contemporary look of the packaging and the linoleum back art style. It is black in color with a textured wave pattern. The name “LAS MAREAS” is on the band in a modern white font.

A straight cut was used to commence the smoking experience of the Las Mareas Olas. After the cap was removed, it was time to move on to the pre-light draw phase. The dry draw had a mix of floral, natural tobacco, cedar, and a touch of black pepper components. While normally I am not a fan of floral notes, things clicked quite well on this pre-light draw making for an excellent pre-light draw experience. At this point, it was time to light up the Las Mareas Olas and see what the smoking phase would have in store.

The Las Mareas Olas opened up with a moderate, but not overpowering Garcia black pepper blast. This gave way to notes of natural tobacco, dusty earth, cedar, and floral notes. The natural tobacco notes moved into the forefront early on and developed a nice richness. As the Las Mareas Olas moved through the first third, there was a slight caramel sweetness mixed in with the natural tobacco. Meanwhile the earth, cedar, floral, and pepper notes settled in the background, but the black pepper was quite prominent on the retro-hale.

During the second third, the natural tobacco notes continued in the forefront. There was a slight bitter component that surfaced. This wasn’t a bad thing as it helped balance things out. As the Las Mareas Olas moved through the second third, the caramel component did recede. There was an increase in the earth notes and by the midway point, these notes joined the natural tobacco in the primary notes. There was a slight increase in the pepper notes. Meanwhile, the floral and cedar notes were more distant.

The final third saw the earth notes displace the natural tobacco. The caramel component dissipated, but the natural tobacco was still a secondary note. There was another increase in the pepper and cedar, but the spice component never became overpowering. This is the way the Las Mareas Olas came to a close. The resulting nub was slightly soft to the touch and cool in temperature.

The Las Mareas Olas maintained a straight burn path from start to finish. There was an occasional waviness on the burn line, but this was a cigar never in danger of tunneling or canoeing. The resulting ash remained on the firm side. This was a cigar that had a mostly light gray ash with some darker streaks mixed in. Meanwhile, the burn line and burn temperature were both ideal. 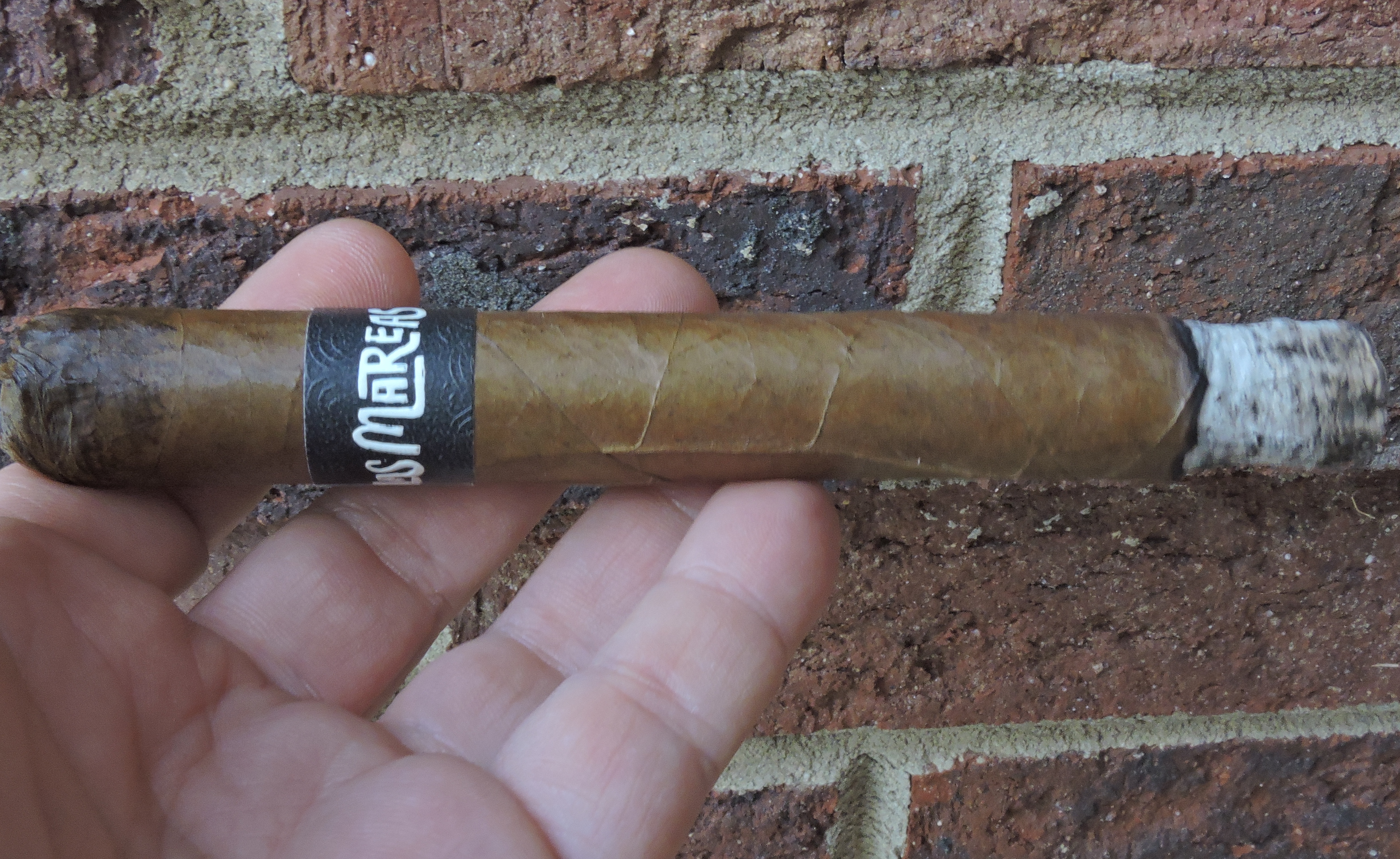 The draw to the Las Mareas Olas was excellent. There was a good balance between the resistance and openness of the draw. This was a low maintenance cigar to derive flavor from. In addition, this was a cigar that had a nice volume of smoke production.

Las Mareas is a regular production line that seems to float under the radar in the Crowned Heads portfolio. It’s a line that certainly should not be overlooked. With the Las Mareas Olas, Crowned Heads and the Garcias succeed at delivering an excellent cigar that is a well-balanced and flavorful smoke. It certainly qualifies as one of the better lines the Garcias have made for another company. I also found the Las Mareas blend seemed to work very nicely with the Olas’ Corona Gorda format. Finally, don’t let the contemporary packaging fool you; in a lot of ways this is a very classic style old-school cigar – and I like that.