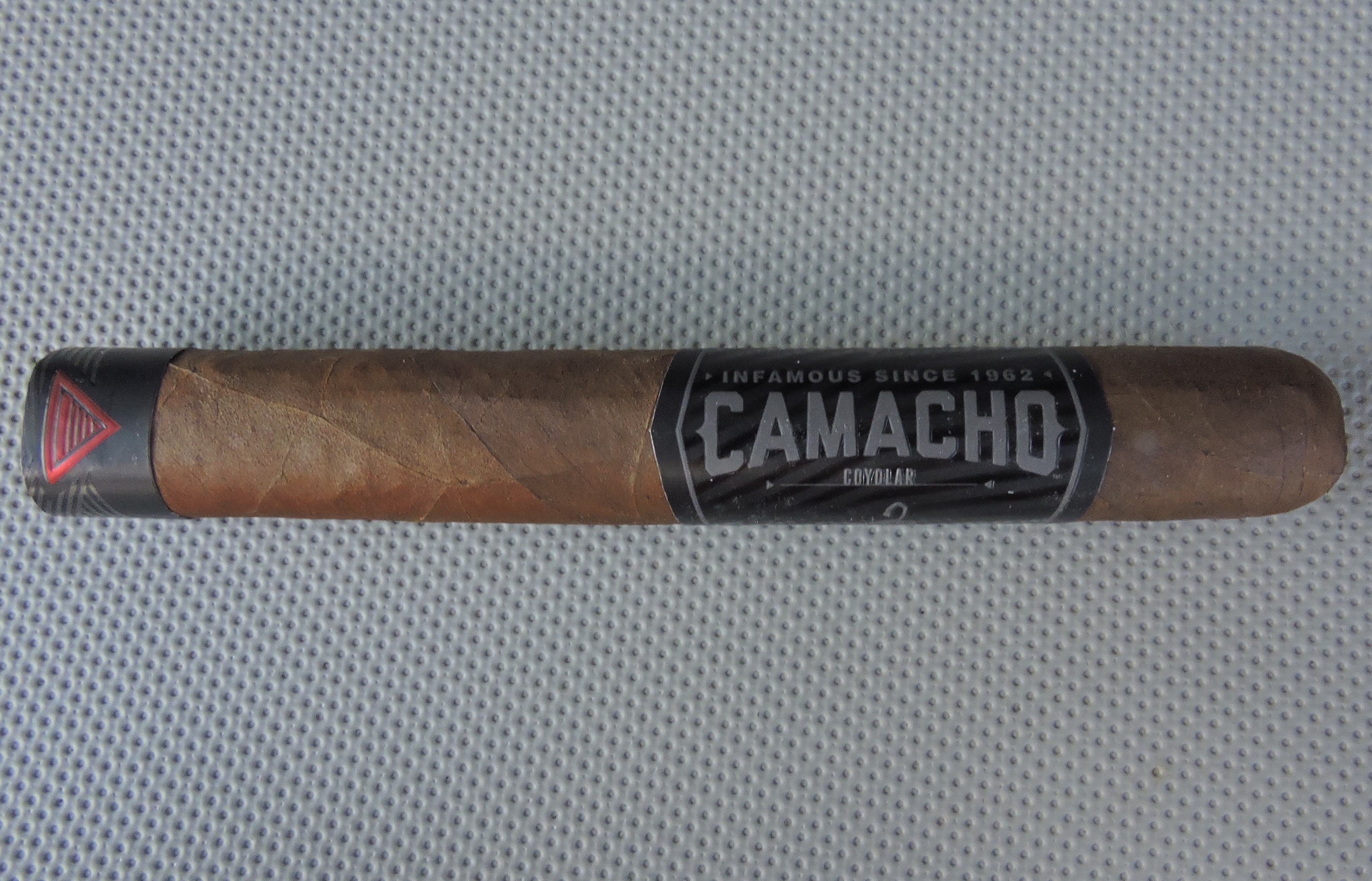 Recently a common thead across the brands of Davidoff has been the resurrection of several discontinued lines. Back in 2013, the Camacho brand underwent a major revamping. As a part of the overhaul, there was new packaging introduced as well as several re-blends of some of Camacho’s long-time brands. At that same time, several other Camacho brands were discontinued. Among the discontinued lines was the Camacho Coyolar. The past year has seen the return of some of the Eiroa blends including Camacho Diploma and Camacho Candela. While the Diploma and Candela returned for limited production runs, the Camacho Coyolar has returned in 2018 as a regular offering. Today we take a look at the resurrected Camacho Coyolar in the Super Toro format.

When Camacho was owned by the Eiroa family, the Coyolar was a line that was introduced in 2005. The cigar was a Honduran puro that was a single farm vintage blend – meaning all of the tobaccos came from the same farm. In this case, it was a small 15 acre operation located at the base of the mountains near the Honduras-Nicaragua border called Coyolar. It was the first time Camacho worked with this farm’s tobaccos. A contest was held to name the cigar and it was won by an entry by Rod Mitchel who had opted to name the cigar after the farm.

In recent years, Davidoff has started working with its own farms in Honduras. When the brand decided to bring back Coyolar, they opted to go back to the same farm.

Without further ado, let’s break down the Camacho Coyolar and see what this cigar brings to the table.

As mentioned, Camacho has stated they have resurrected the original blend of the Camacho Coyolar. The cigar is a Honduran tobacco. Other than stating the blend contains Criollo tobacco from that farm, the details of the blend have not been disclosed. The cigar is produced at Davidoff’s Honduran factory, Diadema Cigars de Honduras S.A. located in Danlí, Honduras.

The Camacho Coyolar returns in the same sizes as were available with the original Coyolar offering. The cigars are presented in 25-count boxes. Packaging has been changed to be consistent to the style and design Camacho introduced when the brand was revamped back in 2013. 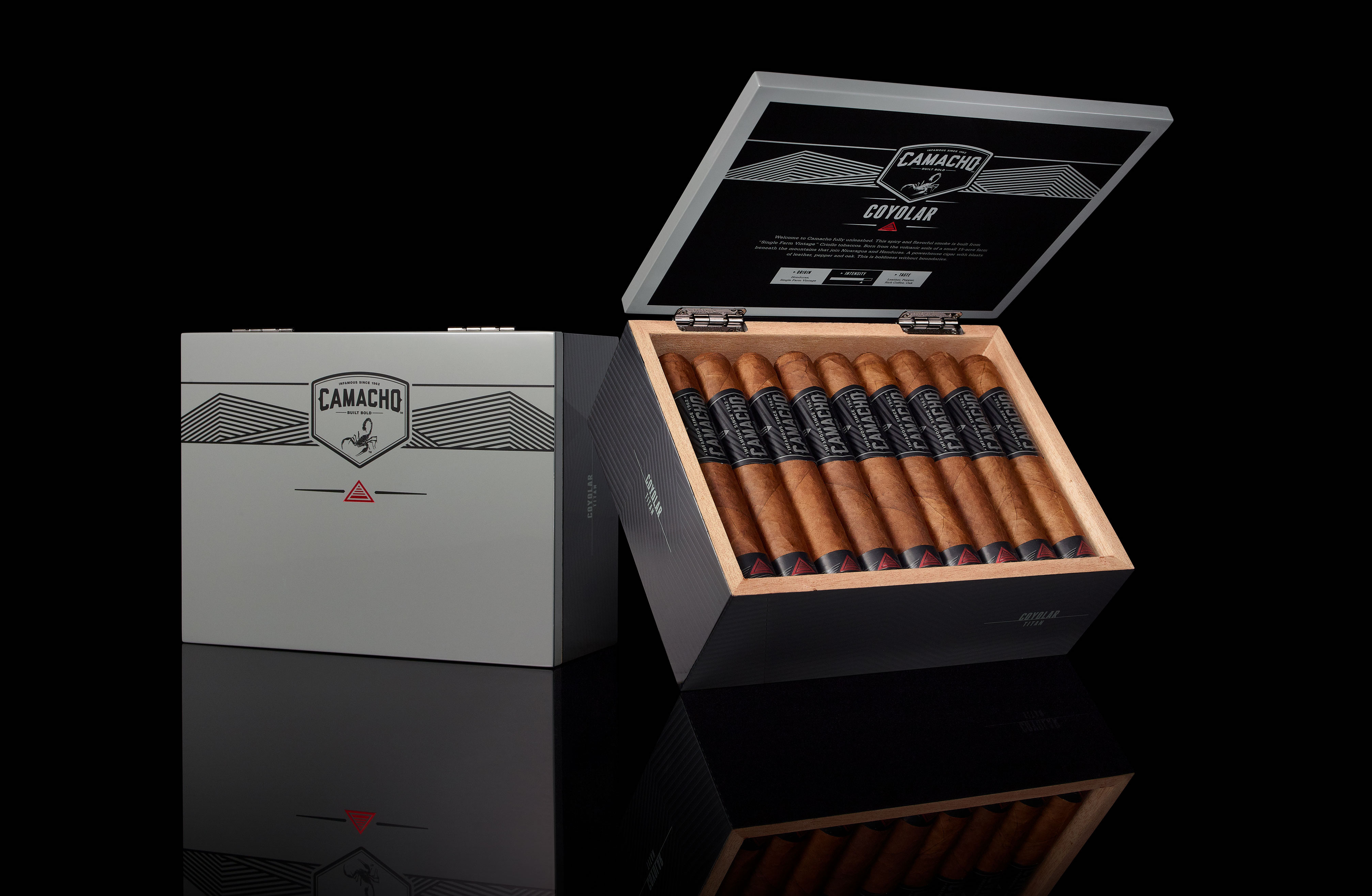 The Camacho Coyolar Super Toro’s Honduran wrapper had a chocolate-brown color to it. There was a decent amount of oil on the surface of this wrapper. While I wouldn’t categorize this wrapper as “rugged”, there was a good amount of visible veins and visible wrapper seams.

The primary band design of the Camacho Coyolar is arranged in the horizontal style that is prevalent throughout the Camacho line. To some extent, it’s a simpler design on the Coyolar. The band has a black background with gray-colored wave design accents arranged diagonally representing the slopes of the mountains on the Honduran-Nicaraguan border. All of the text is also gray in color. The band features the text “INFAMOUS SINCE 1962” followed by the text “CAMACHO” and, in a smaller font,  “COYOLAR”. Below that is a gray colored scorpion.

There is also a secondary band around the footer. This is also black in color with similar gray wave design accents that were found on the primary band. On the center of the band is a modern looking metallic red pyramid.

After removing the footer band from the Camacho Coyolar Super Toro, a straight cut was placed into the cap to remove it. From that point, it was on to the pre-light draw. The pre-light draw wasn’t all that exciting, but it wasn’t a bad one either as I detected notes of earth and a slight tingly pepper component. At this point, it was time to fire up the Camacho Coyolar Super Toro and see what this cigar would bring to the table.

The Camacho Coyolar Super Toro started out with notes of earth, chocolate, and a mix of red and green pepper. The earth and chocolate notes moved into the forefront early on while the pepper notes settled in the background. As the cigar moved through the first third, a subtle marshmallow sweetness emerged. Meanwhile, the pepper notes were also present on the retro-hale.

The final third of the Camacho Coyolar Super Toro saw the pepper spices approach the forefront, however, the cigar never became a spice bomb. The natural tobacco notes remained in the forefront, and there still were touches of earth and to a lesser extent chocolate. This is the way the smoking experience of the Camacho Coyolar Super Toro finished up. The resulting nub was slightly soft to the touch and cool in temperature.

There were times the Camacho Coyolar Super Toro’s burn wasn’t the prettiest, but the burn still performed solidly. There was some jaggedness on the burn line, but this was a cigar that was never in danger in meandering off its burn path. The resulting ash had a salt and pepper color. There was an occasional bit of flakiness from the burn, but this didn’t prove to be an overly loose ash. The burn temperature was ideal. I did find the burn rate was a little fast (about 75 to 80 minutes to smoke each Super Toro sample), but this only shortened the smoking time and didn’t produce any other adverse effects. 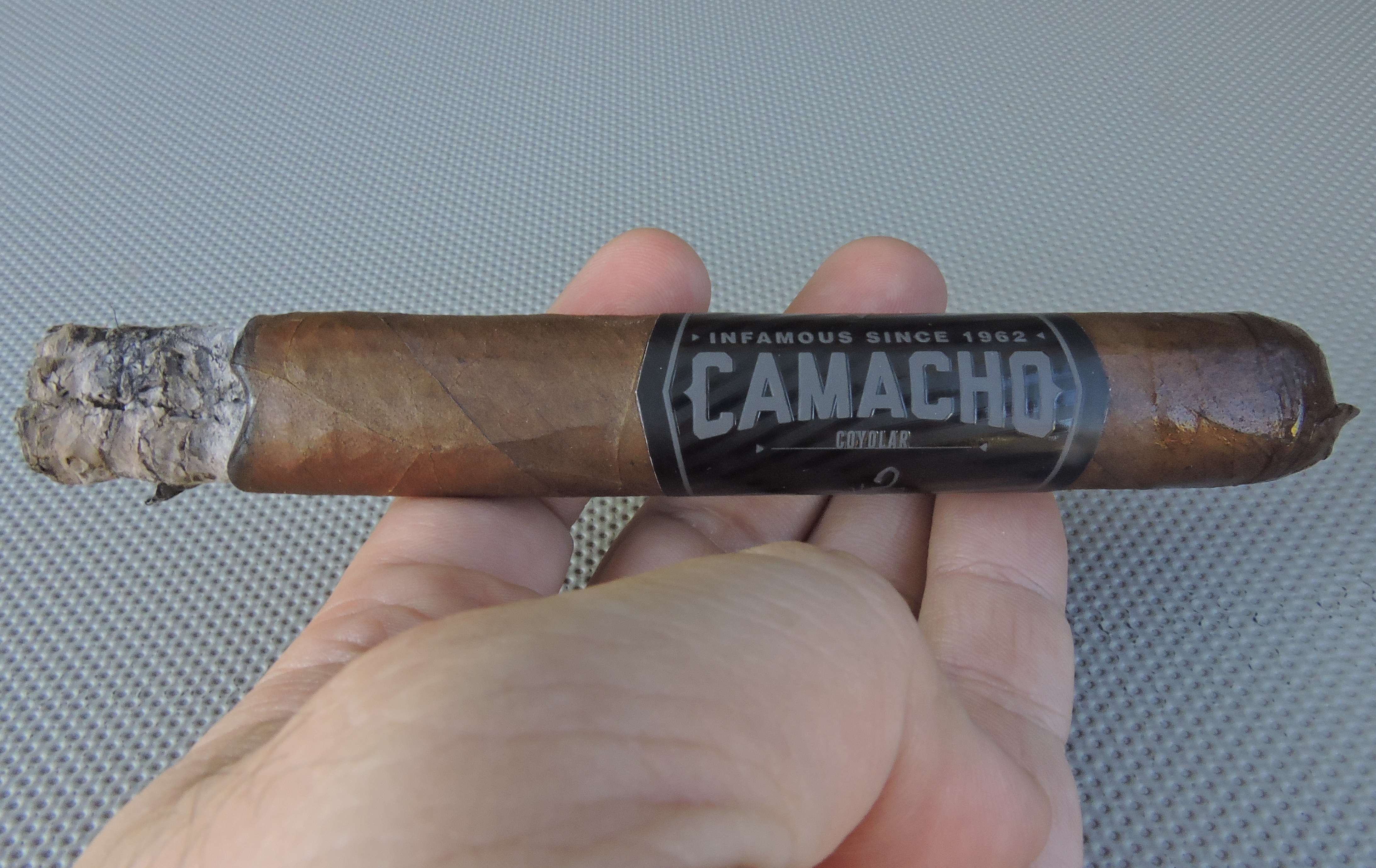 When I smoked the original Camacho Coyolar in 2011, it was a bold but not overpowering smoke. My first experience of smoking the 2018 Coyolar was with the Rothschild size. In particular, I found the Rothschild to have quite a bit of pop. Since then I’ve smoked several of the Super Toro size and while it still had some firepower, I found it dialed back from the Rothschild. The Coyolar Super Toro started out as a medium to full strength, medium-bodied cigar. Both attributes increase in intensity and by the second half, the Coyolar Super Toro was a full strength, medium to full-bodied cigar.

In terms of strength versus body, this is a cigar where the strength had a slight advantage.

My experience with the Camacho Coyolar has typically been that it is a non-flashy, no-frills type of smoke. It is a cigar that delivers a solid cigar that is skewed toward the bolder side of strength and body. With the 2018 Coyolar, I found it to be in the same category – non-flashy and no-frills. It’s a cigar that I wish had a little more wow factor, but again that doesn’t translate to a bad smoke. While the Super Toro wasn’t the boldest size, it’s still got enough strength and body where I would recommend this for a more experienced cigar enthusiast. As for myself, it’s a cigar I’d smoke again and buy one from time to time to pick up.