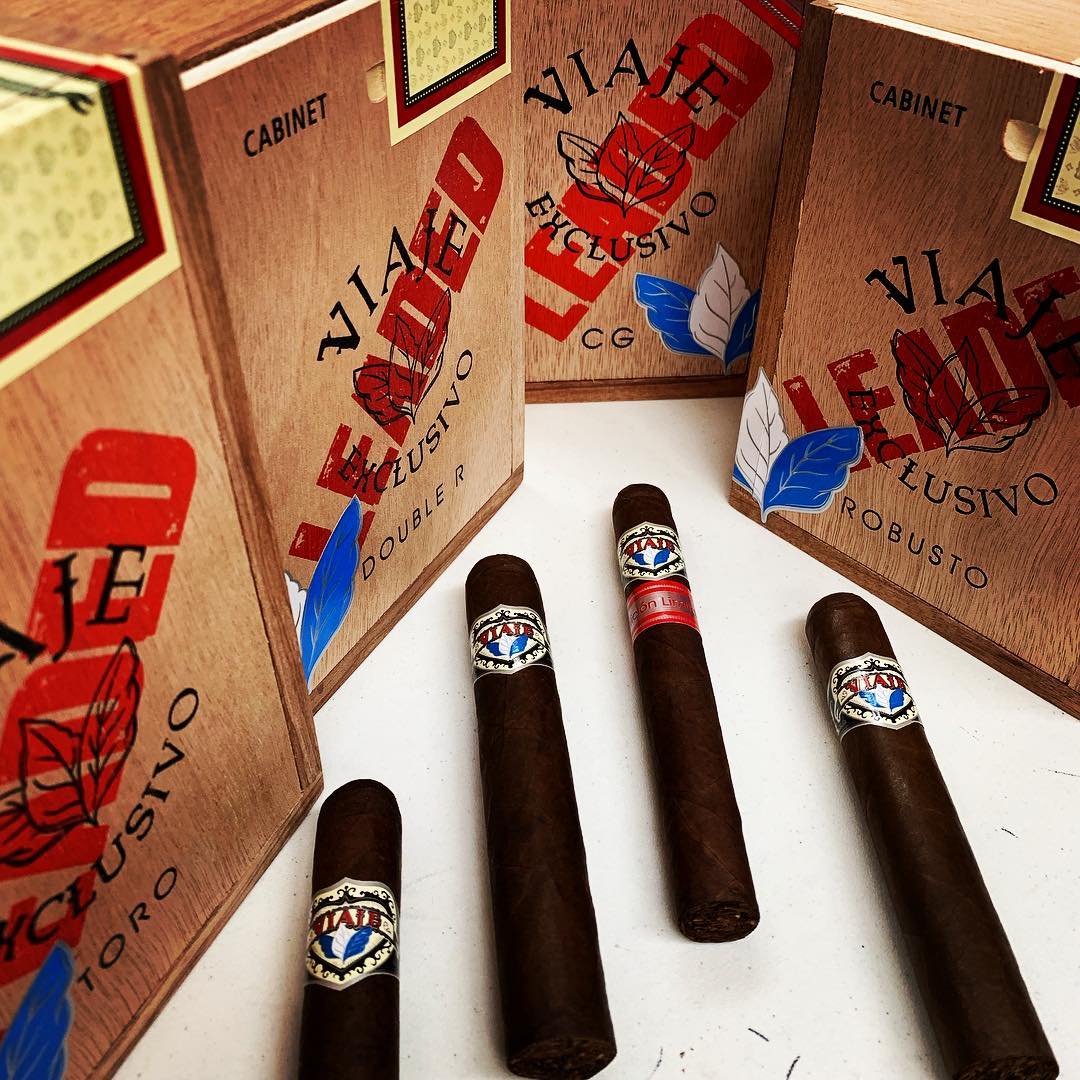 Medio Tiempo is one of the highest priming leaves and only grows on a small percentage of tobacco plants – so releases incorporating this tobacco are often quite limited. Medio tiempo is known to provide strength, body, and flavor.

There are four sizes of the Viaje Exclusivo Nicaragua Leaded: Robusto, Double R, Toro, and Corona Gorda. The Corona Gorda is being branded as an “EDICION LIMITADA”. Each of the four sizes is presented in 25-count cabinet boxes.

At a glance, here is a look at the Viaje Exclusivo Nicaragua Leaded: