“The Le Carême line is an excellent offering by Crowned Heads. And the rounded format and tapering of the Le Carême Belicosos Finos provide the perfect touches to take this blend up to the next level.” 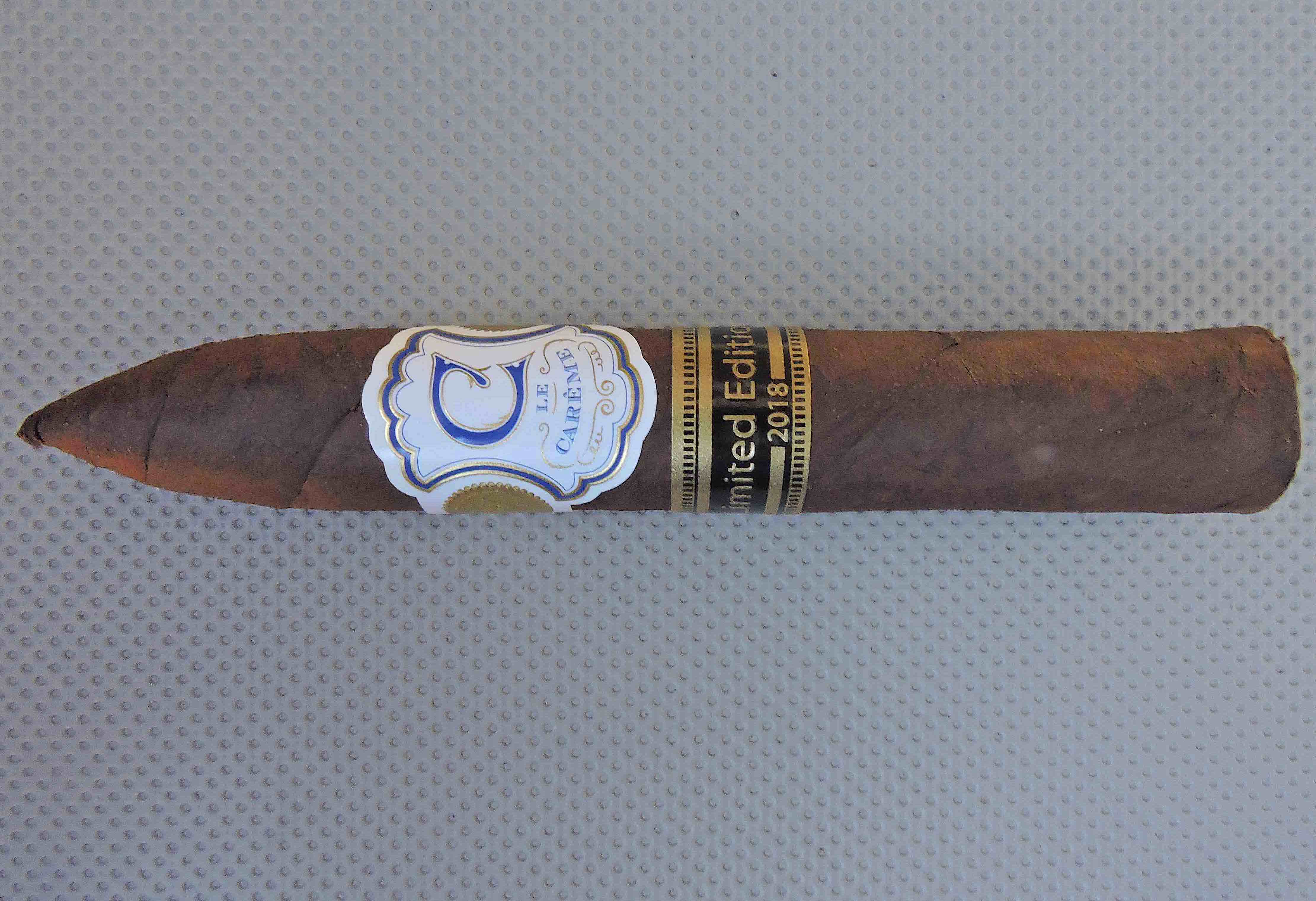 Back in 2016, Crowned Heads released its first regular production Connecticut Broadleaf wrapper offering, the Le Carême. While the company had dabbled with Connecticut Broadleaf before, this was the first regular, widespread release. At the time of the release, there were four regular production offerings under the Le Carême line. A year later Crowned Heads National Sales Manager Miguel Schoedel presented an idea to bring the iconic Cuban Vitola, a rounded 5 1/2 x 52 Belicosos Finos, into the line. The company soon went to work with Perez-Carrillo Jr to make the idea into reality and thus the Le Carême Belicosos Finos LE 2018 was born.

Le Carême pays homage to French Cuisine and gets its name from the 19th-century French Chef, Marie-Antoine Carême. The inspiration to go in that direction occurred when Perez-Carrillo Jr. remarked that the blend reminded him of a chocolate soufflé.

Le Carême is an excellent line, but the Belicoso Finos shape takes the blend to a whole new level. It’s an enjoyable cigar any time of the day – and earns its place among the best of the best in 2018.