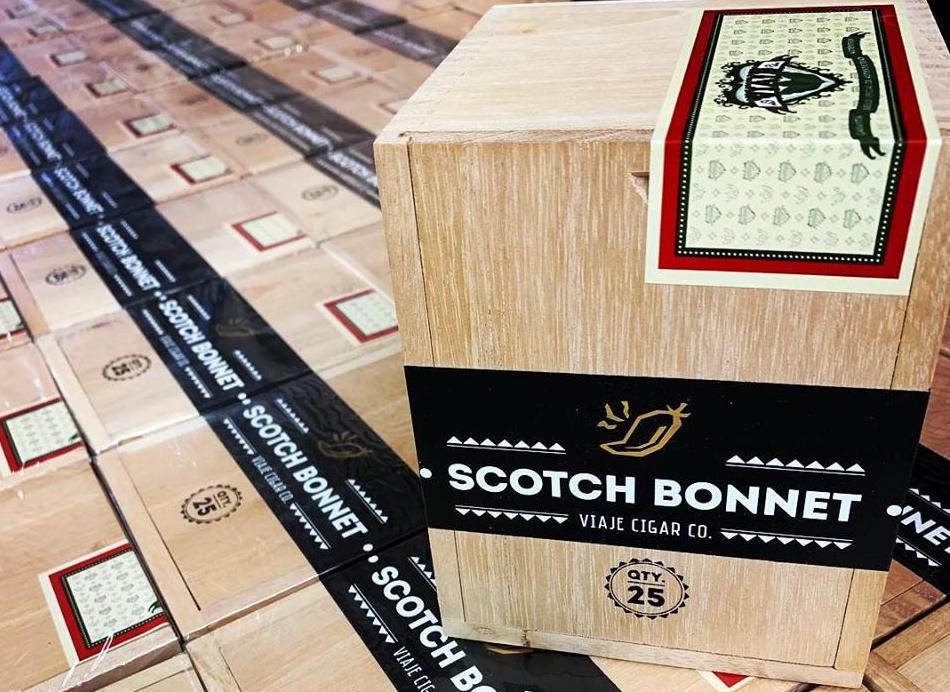 Another “pepper” cigar is slated to be harvested from Viaje Cigar Company. Today, Viaje announced the fifth installment to its series of cigars with a pepper theme, the Viaje Scotch Bonnet. It is expected to reach retailers later this month.

A Scotch Bonnet is a variety of chili pepper that bears a resemblance to a Tam o’shanter cap worn by the British military. Shortly after announcing the Scotch Bonnet and offering it to its authorized retailers, Viaje reported they sold out of the inventory.

Details of the Scotch Bonnet blend have not been disclosed, but the cigar will keep to the 4 7/8 x 50 shape of the other Viaje “peppers”. The cigars will be packaged in 25-count boxes.