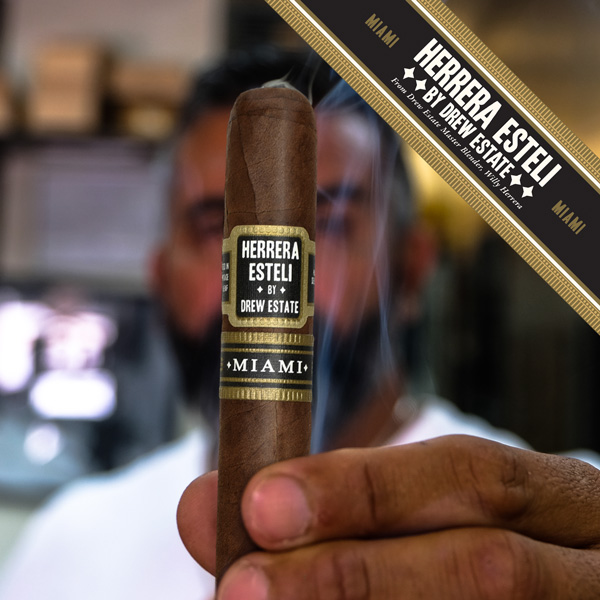 At the 2018 IPCPR Trade Show, Drew Estate announced it was expanding Herrera Estelí Miami into a full-production line. Now this week, the line is heading to Drew Estate’s Drew Diplomat retailers.

Herrera Estelí Miami is produced at El Titan de Bronze, the factory located in Little Havana where Drew Estate Master Blender Willy Herrera used to work. Back in 2016,Herrera would return to the Cache Ocho factory to produce the first Herrera Esteli Miami cigar for Drew Estate. This was a small batch limited edition cigar that was available in one size – a Corona Larga.  While that size does not return, Herrera Estelí Miami returns in five sizes that will now be available in ongoing production.

In a press release announcing the shipping of Herrera Estelí Miami, Herrera commented, “The amount of pride I feel unveiling the full Herrera Esteli Miami line to our most valued retailers is immense. Getting to spend so much time in my family’s factory, El Titan de Bronze, I was able to personally supervise every step of the process to make sure the Miami’s are smoking excellently. I know, I smoked a ton of them!”

For more details of Herrera Estelí Miami, refer to our 2018 IPCPR Pre-Game coverage: