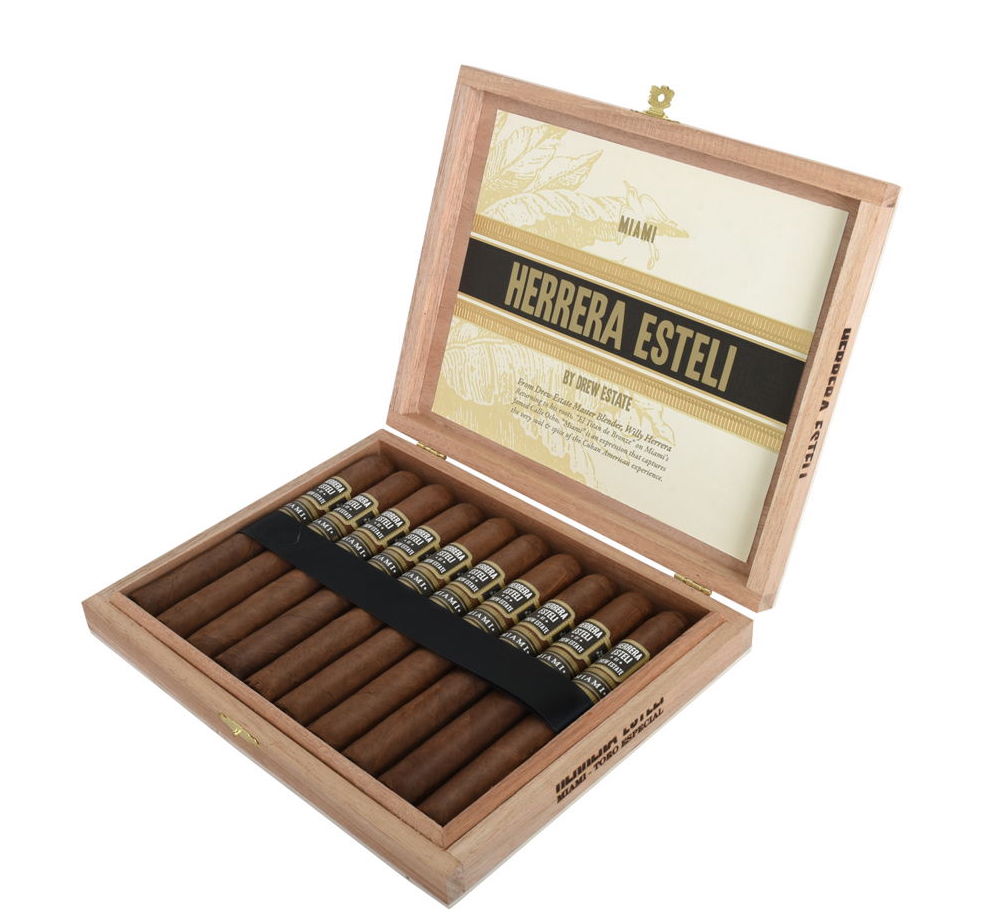 At the 2018 IPCPR Trade Show, Drew Estate will introduce an expanded version of its Herrera Esteli Miami line – a line produced in the United States at the El Titan de Bronze factory located in Calle Ocho in Miami, Florida.

Prior to joining Drew Estate in 2011, Drew Estate Master Blender Willy Herrera ran the El Titan de Bronze factory. In 2016, Herrera would return to the Cache Ocho factory to produce the first Herrera Esteli Miami cigar for Drew Estate. This was a small batch limited edition cigar that was available in one size – a Corona Larga.n

“I really like the black and gold color tone of the Herrera Esteli Miami and how it fits into the brand portfolio with multiple vitola expressions in the Miami blend. Working with my family on this brand takes me back to my blending roots and sincerely excites me.” commented Willy Herrera in a press release.

At a glance, here is a look at the Herrera Esteli Miami line: