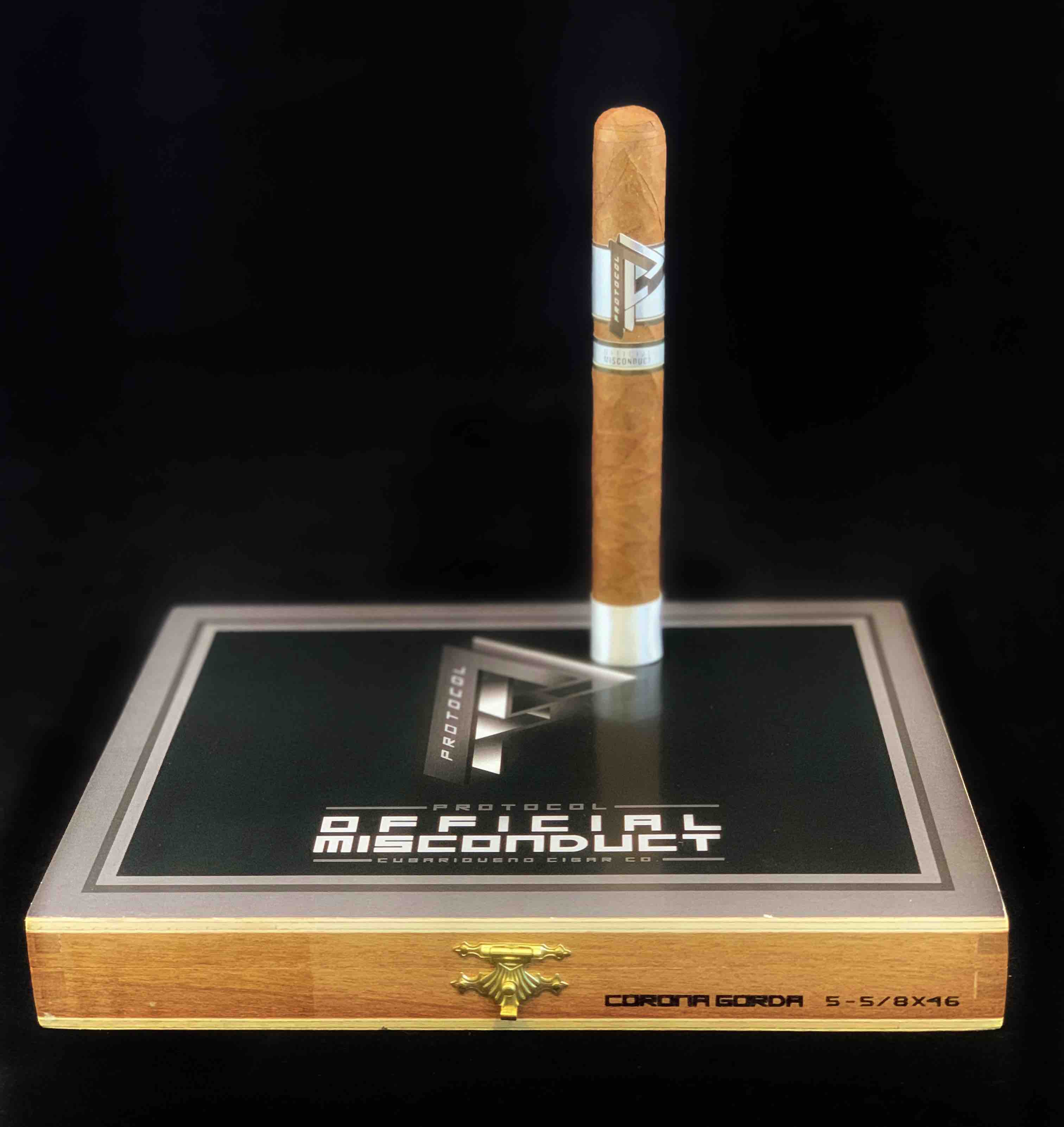 The Protocol Official Misconduct Corona Gorda comes in a 5 5/8 x 56 format and will become the second size in the line joining the Toro that was released last year. Like the Toro, the Corona Gorda features an Ecuadorian Habano wrapper over Nicaraguan binder and fillers from the Estelí and Jalapa regions of Nicaragua. Production is handled at the La Zona factory located in Estelí, Nicaragua.

The cigars will be presented in ten-count boxes with pricing set at $99.40 MSRP per box. 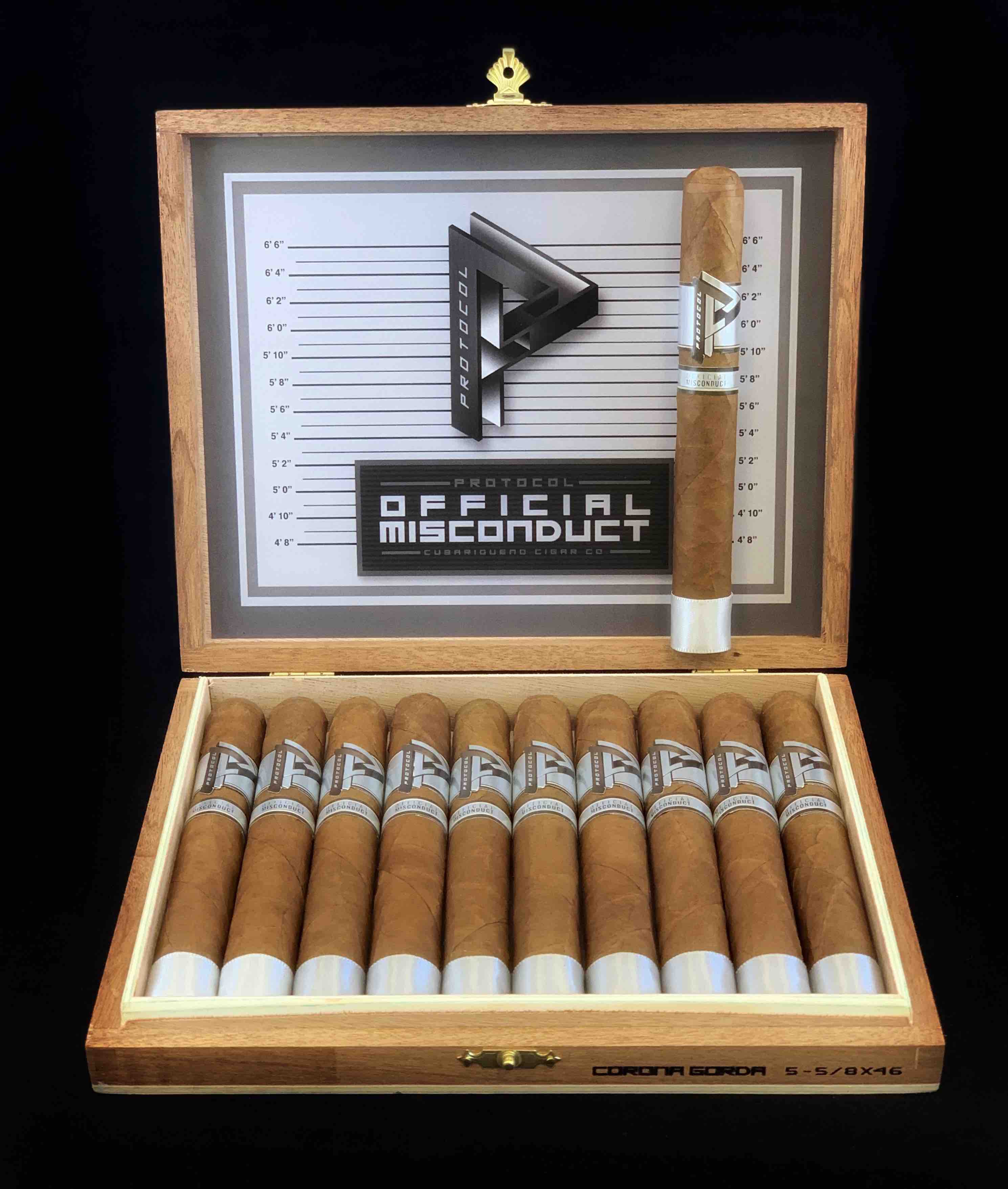 While the Protocol Official Misconduct Corona Gorda will have a launch nationally at IPCPR which opens June 29th in Las Vegas, limited quantities of boxes were made available at Cubariqueño’s four-year anniversary party held on June 1st.

At a glance, here is a look at the Protocol Official Misconduct line: