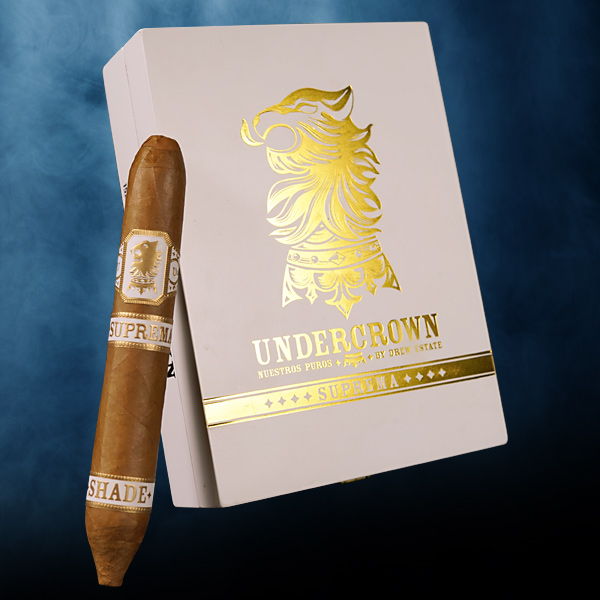 At the 2019 IPCPR Trade Show, Drew Estate will launch the Undercrown Shade Suprema. This is a perfecto-shaped limited edition extension that is intended to present a bolder flavor profile than the core Undercrown Shade Offerings.

The Undercrown Shade Suprema measures 6 x 50/54. It features an Ecuadorian Connecticut Shade wrapper over a Sumatra binder and fillers consisting of Dominican Criollo ’98, Nicaraguan Corojo, and Nicaragua Criollo. The cigars will be packaged in 5-count boxes priced at $47.99 SRP per box. 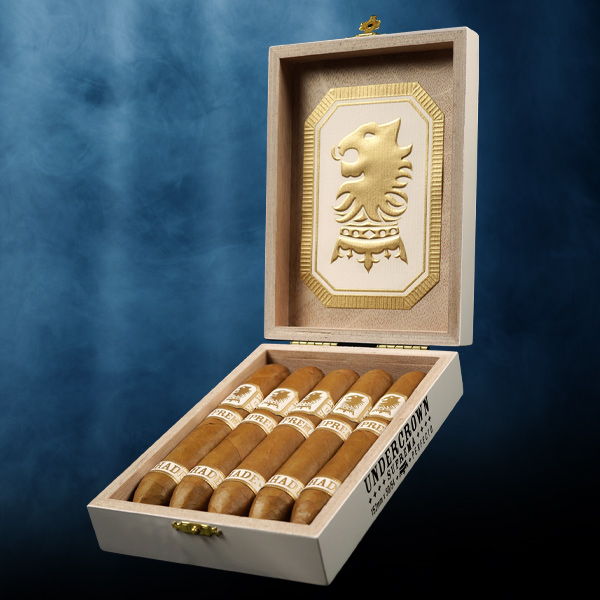 In a press release, Jonathan Drew President and Founder of Drew Estate stated, “Since the release of Undercrown Shade in 2015, it has been a staple in humidors nationwide. We knew it was the right time to release the first Limited Edition for Undercrown Shade, and it’s packaged beautifully in a clean white box. These things are kicking like Judo, Bruce Lee lefts and rights, jabs to the mid-section. These won’t last!”

Factory Spokesman Pedro Gomez added, “Man, when Willy Herrera handed me this stick I immediately knew it was something special bro. Let me tell you something, when I lit this up with my morning cafe I knew I needed more, the creamy bold flavor coming off this SUPREMA is just supreme. Every Undercrown Shade fan needs to smoke this cigar. I’m telling you something.”

The Undercrown Shade Suprema is expected to ship to retailers in September.

Gomez discusses the Undercrown Shade in the video below: