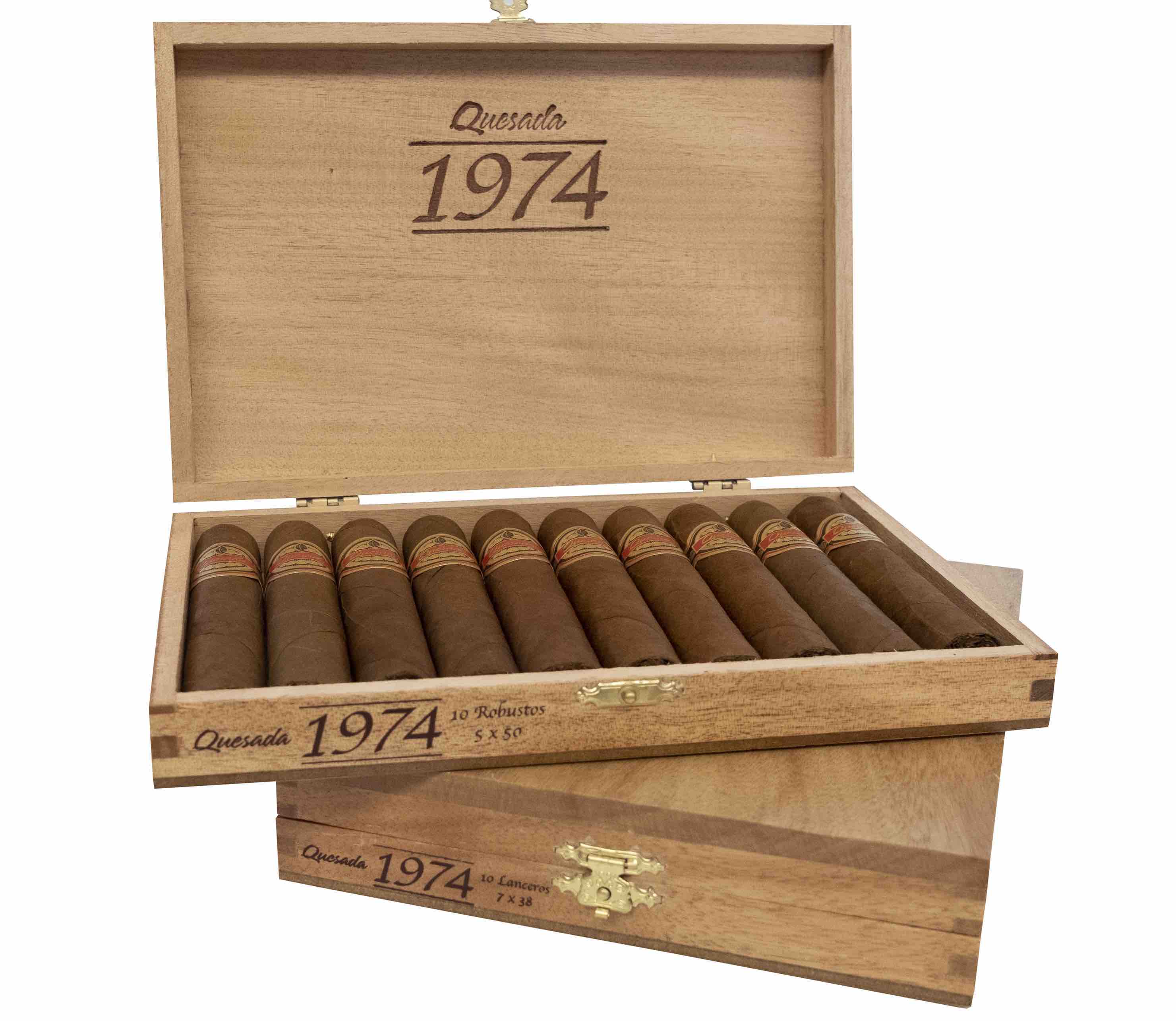 The blend for the Quesada 1974 features an Ecuadorian wrapper over a Dominican binder and a combination of Dominican and Nicaraguan fillers. The cigar will be available in four vitolas: Short Robusto, Robusto, Corona, and Lancero. While the sizes are the same as the Spanish release, instead of using 25-count boxes, the U.S. release will be available in boxes of 10 and 20.

For more details on the Quesada 1974, see our coverage from early this year.