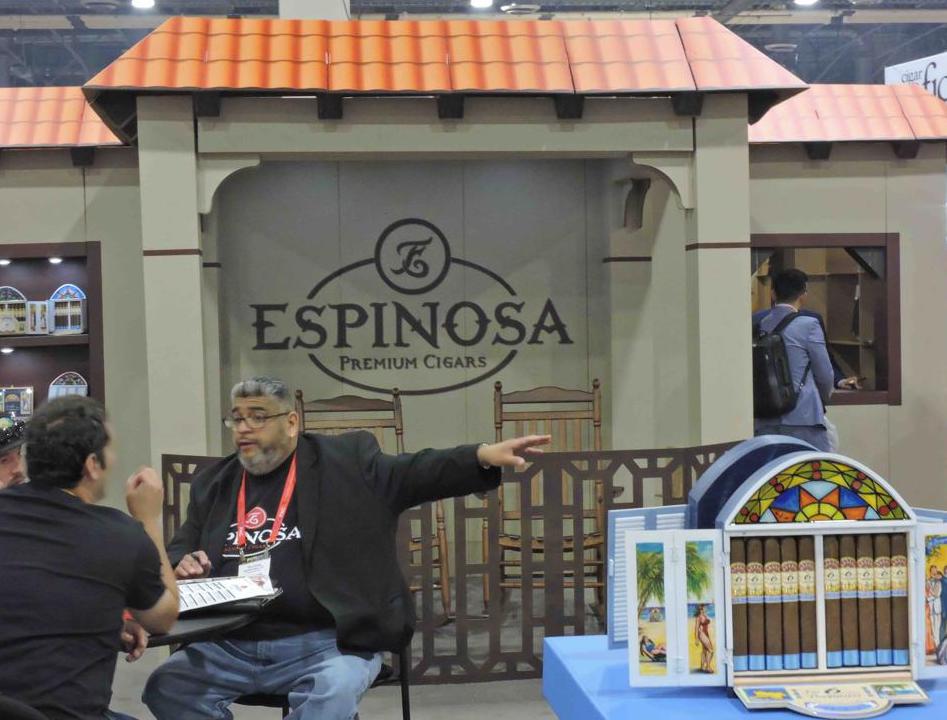 Since we have started the IPCPR Spotlight Series, we’ve always tried to put the products center stage in the report and try to attach a theme. Normally these don’t discuss the booth design. In the case of Espinosa Cigars, while certainly, they brought a strong lineup to the 2019 IPCPR Trade Show, much of the story was around the most unique booth.

On the eve of the 2019 IPCPR Trade Show, Espinosa Cigars announced they were unveiling a “Green Booth” – not a booth green in color, but one made of 100% recycled cardboard. When the story came to me, I actually had to ask Espinosa if this was a legitimate story – to which they responded yes. Once I saw the booth in person, I realized this was something special. Designed by Espinosa’s Anthony Jimenez, the booth was meant to recreate the feel of Espinosa’s La Zona factory in Estelí, Nicaragua. The booth also housed brands made at La Zona – namely Cubariqueño Cigar Company and Pier 28 Premium Cigars. 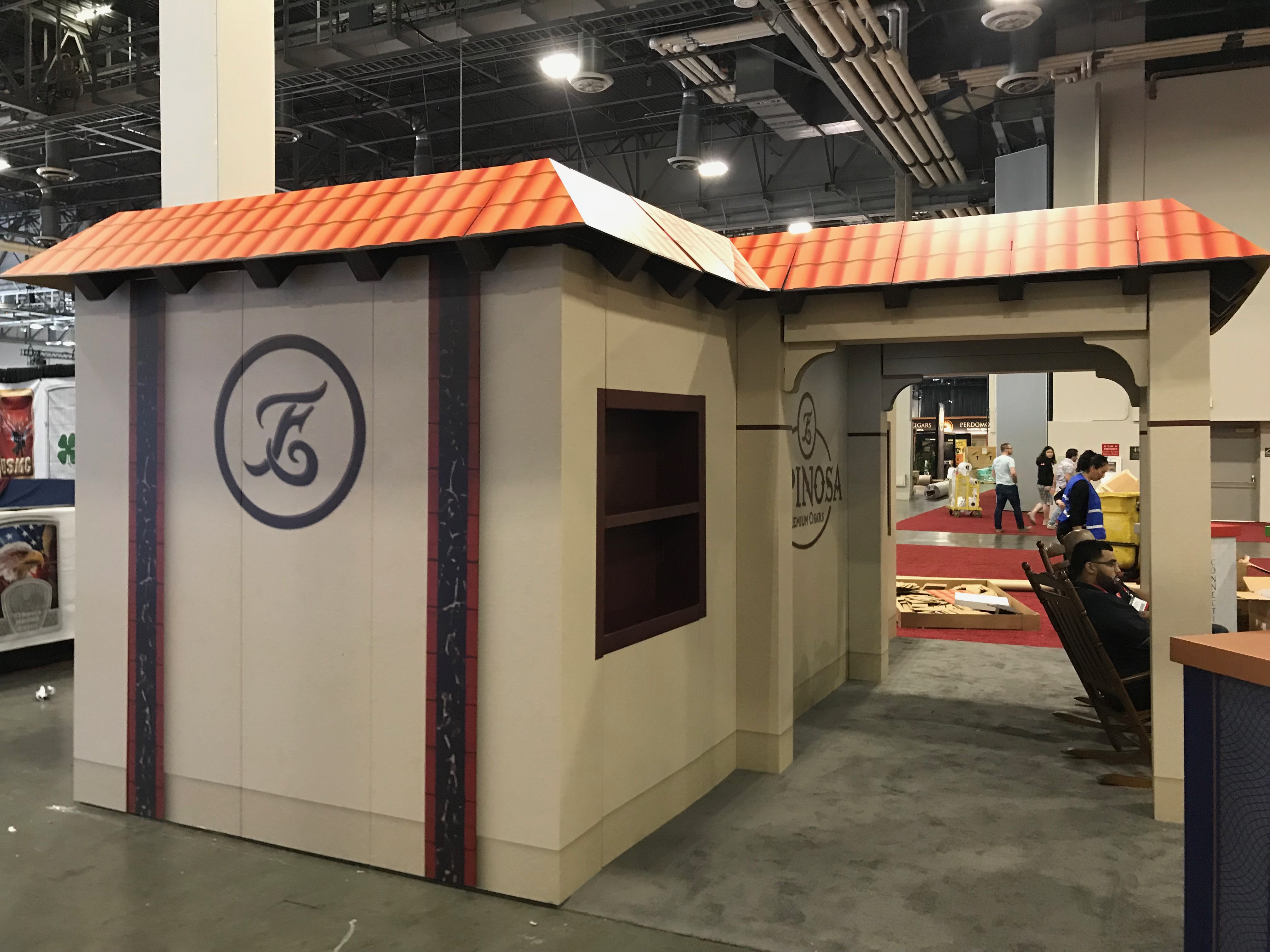 There was a “Backroom” meeting room which provided a nice private meeting space, but even showcased better what an amazing booth design this was. “Backroom” is the name Espinosa has given to its series of Espinosa Lounge exclusive cigars. 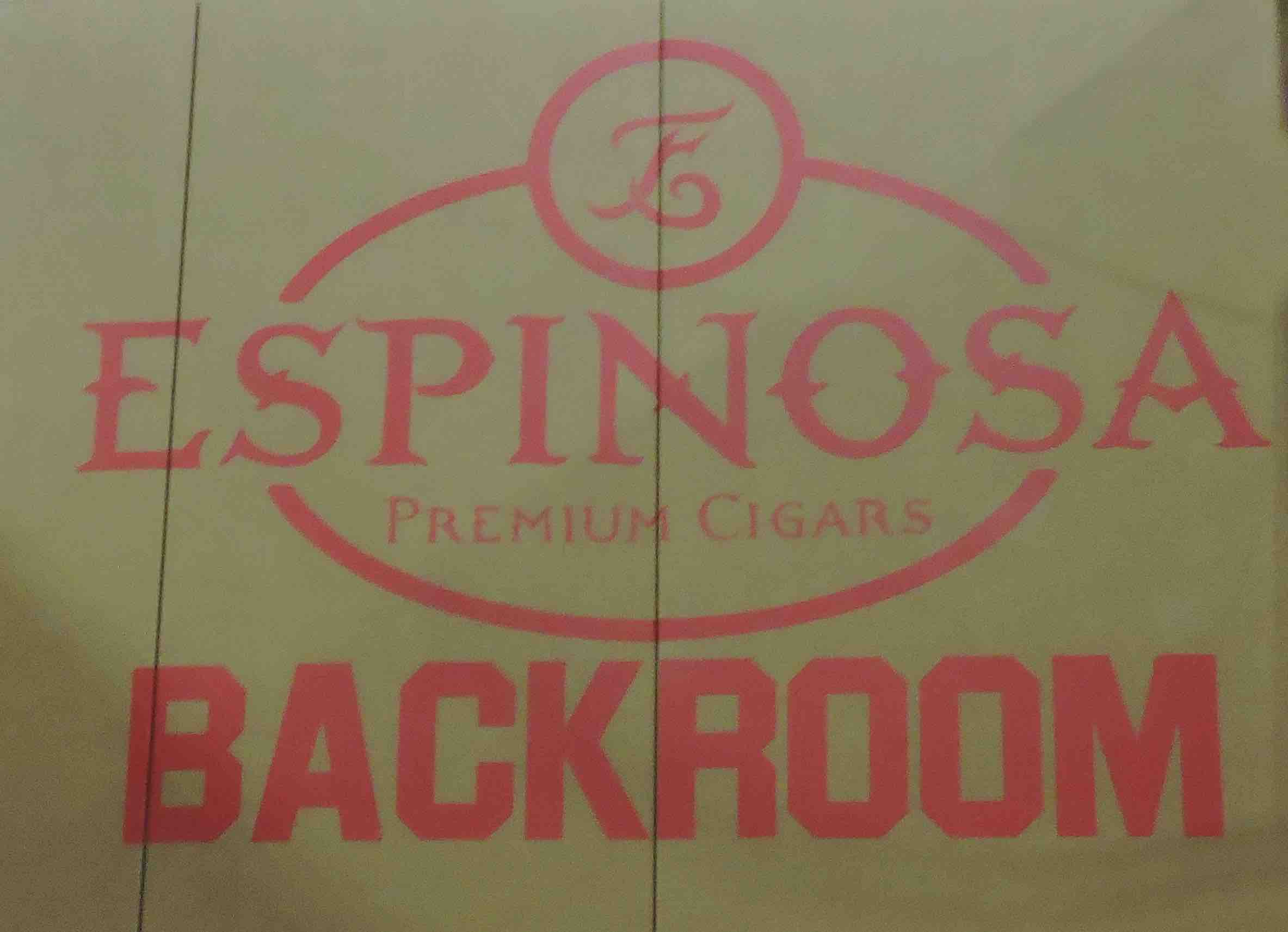 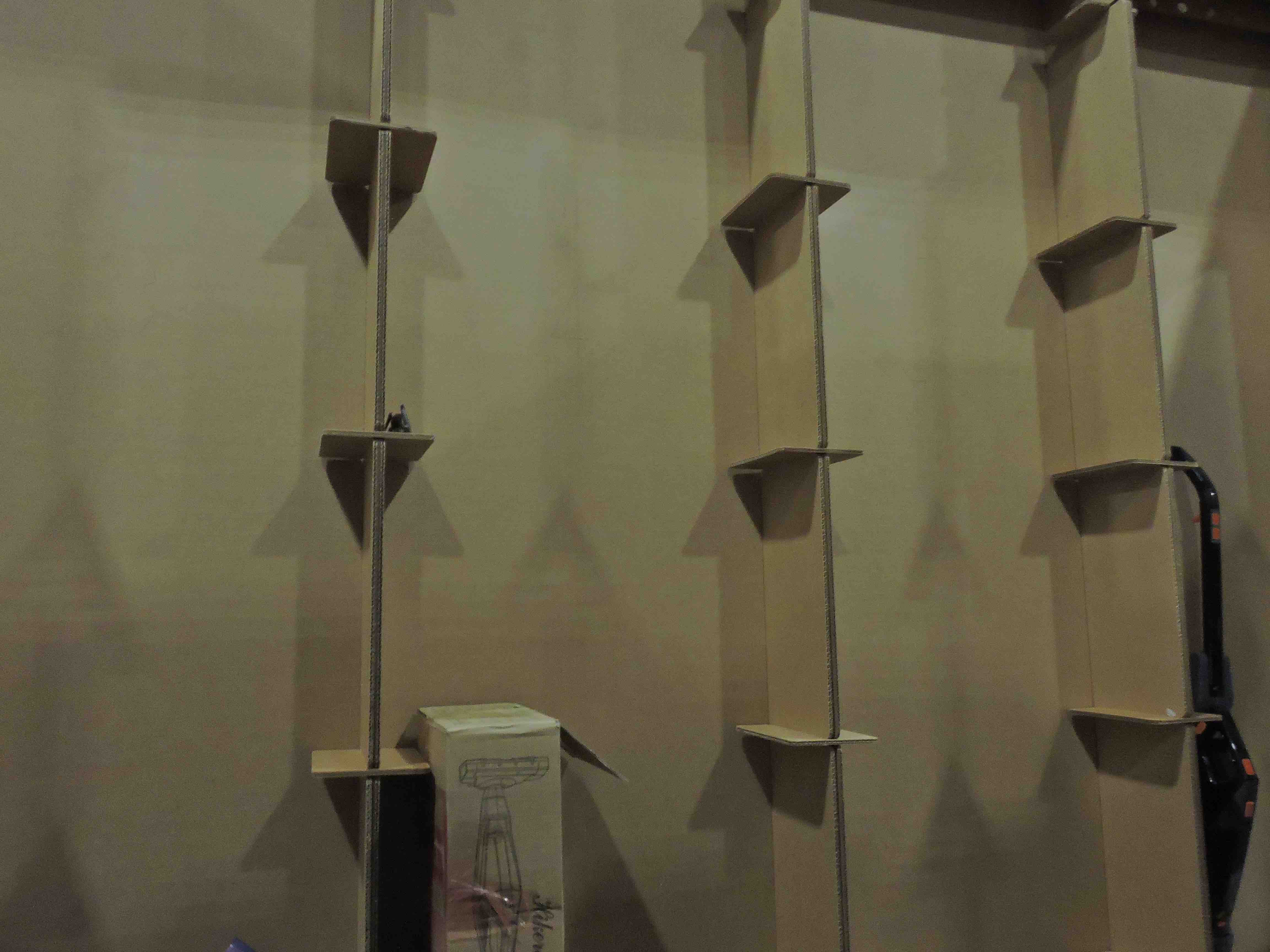 As mentioned, Espinosa Cigars brought a very strong lineup into the 2019 IPCPR. Leading the way was the second installment of the Las 6 Provincias series with the MTZ. The name Las 6 Provincias means “six provinces” – and it refers to the six provinces that existed prior to the takeover of Cuba by Fidel Castro. There are six planned releases of Las 6 Provincias – with each having a unique blend, size, and associated artwork. MTZ refers to the province of Matanzas. Packaging wise, there are two options. The first features a traditional ten-count varnished box while the second features a ten-count box in the style of a Cuban Style panel door. 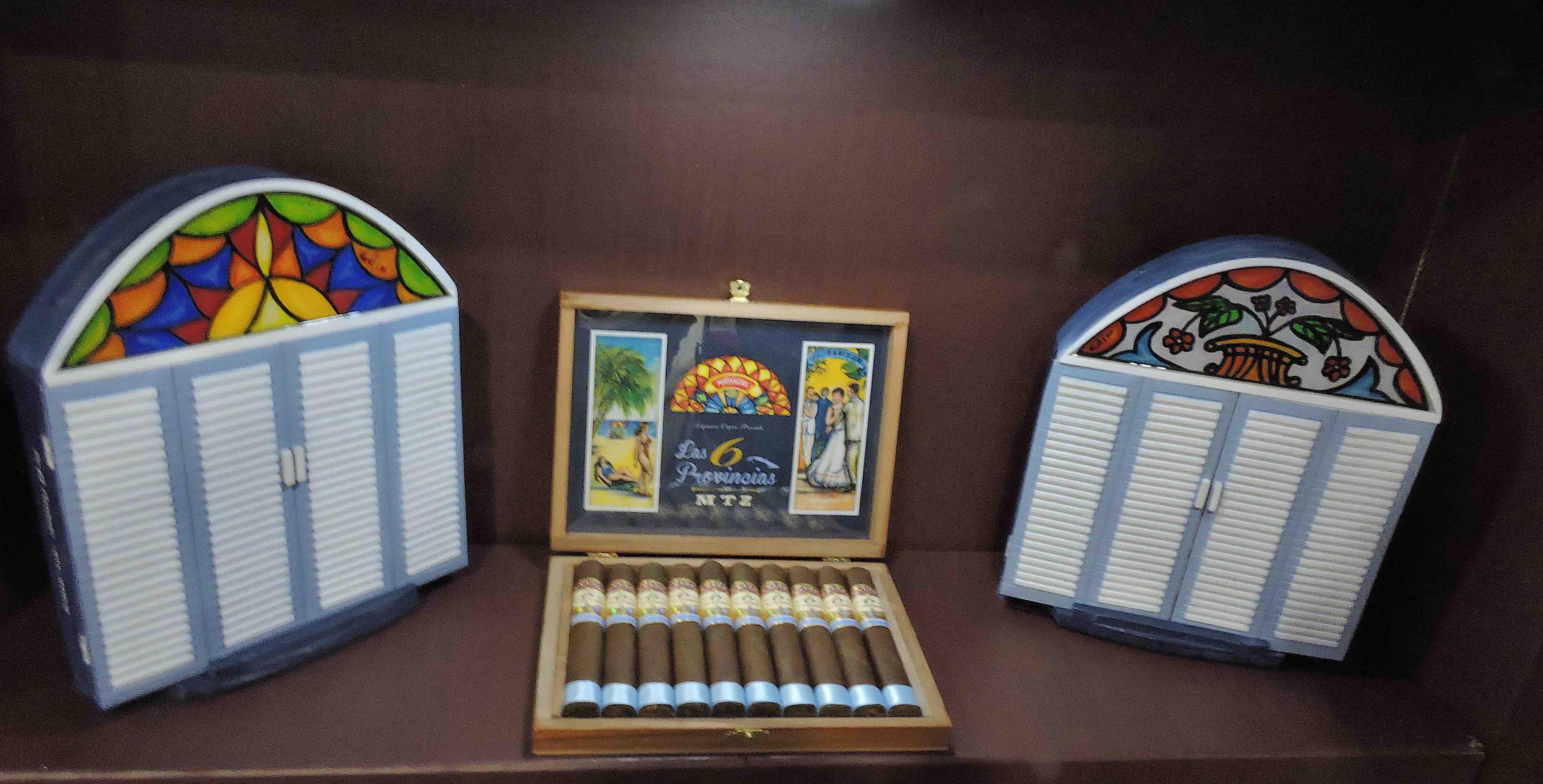 The fifth installment of the 601 La Bomba Warhead Series, Warhead V made its official debut at this year’s IPCPR. With the Warhead, Espinosa Cigars starts with the original La Bomba blend and places a Connecticut Broadleaf wrapper over it using a box-pressed format. Warhead V features a traditional 6 x 52 Toro. 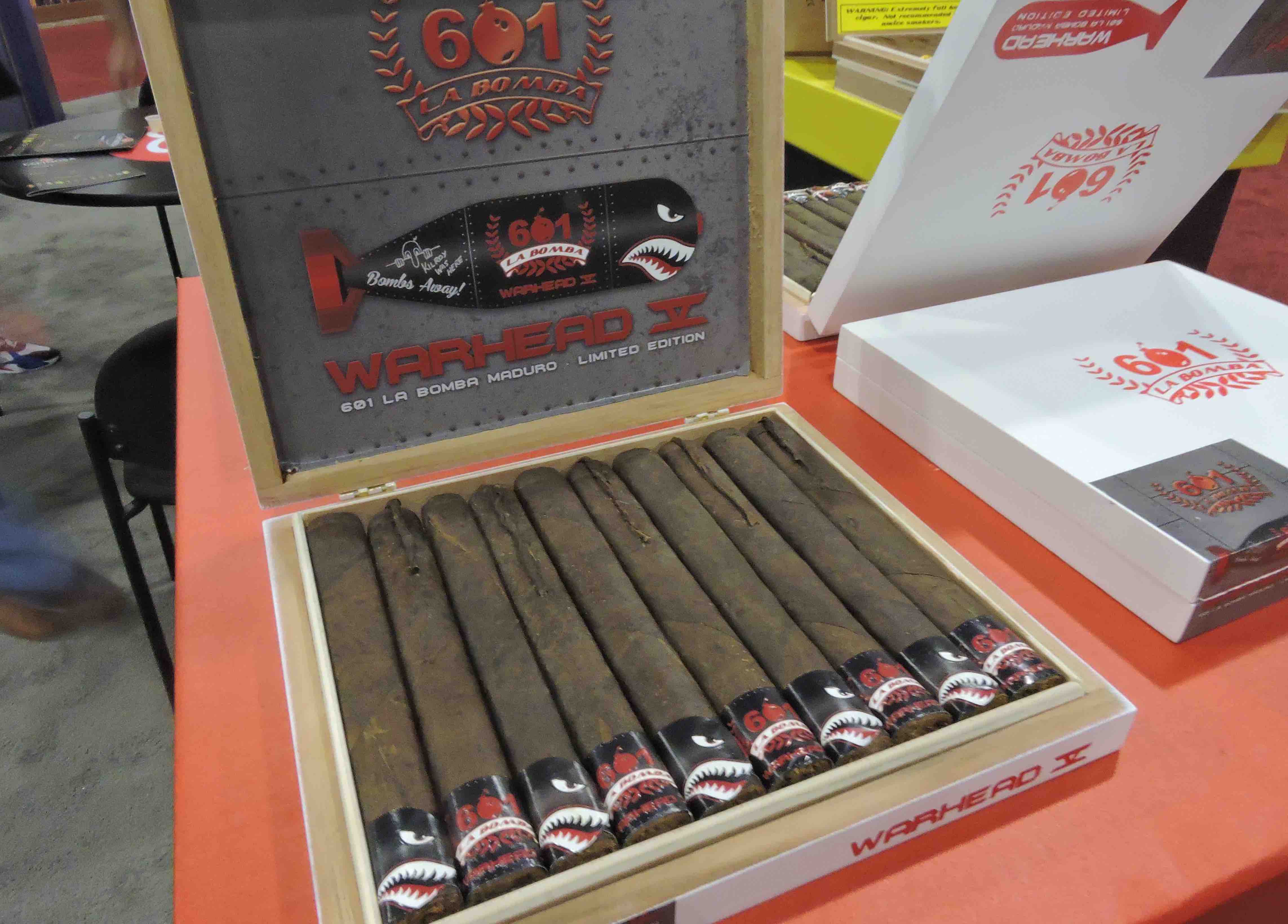 Earlier this year, Espinosa introduced a new blend under its Laranja line called the Espinosa Laranja Reserva Escuro. The original Espinosa Laranja Reserva was Espinosa’s first foray into using a Brazilian wrapper which the company calls “Laranja” because of its distinct orange (Laranja is Portuguese for orange) color. The Laranja Reserva Escuro uses a dark (Escuro is Portuguese for dark) Brazilian Mata Fina wrapper – the first time Espinosa has worked with that wrapper. At this year’s IPCPR, the company added a box-pressed lancero vitola into the line. 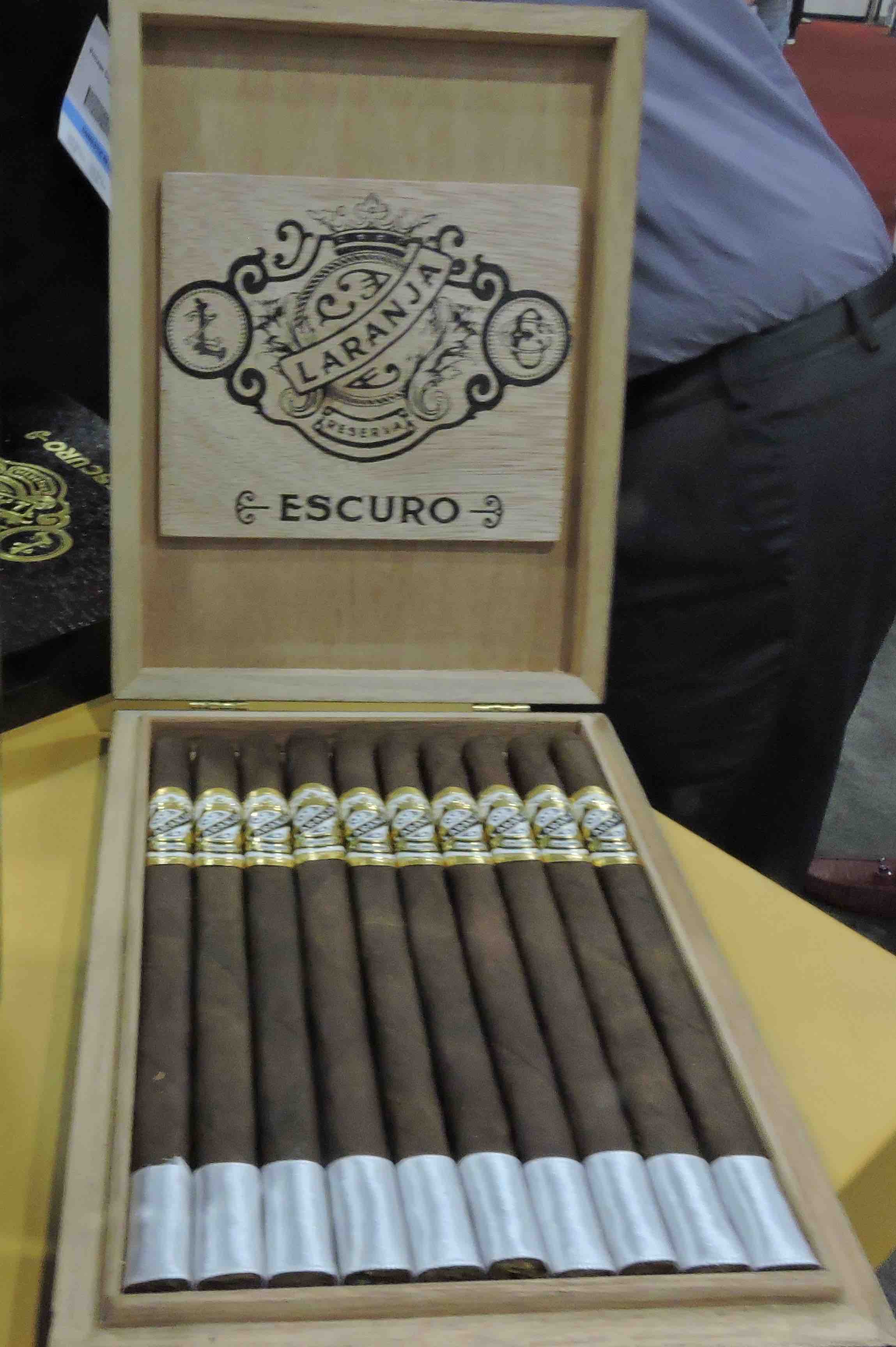 Finally, the Espinosa Wasabi Corona was showcased. This was a cigar that was rolled out last month It introduces a rounded 5 x 46 format to the Wasabi line joining the box-pressed Robusto. Wasabi is Espinosa’s candela blend. 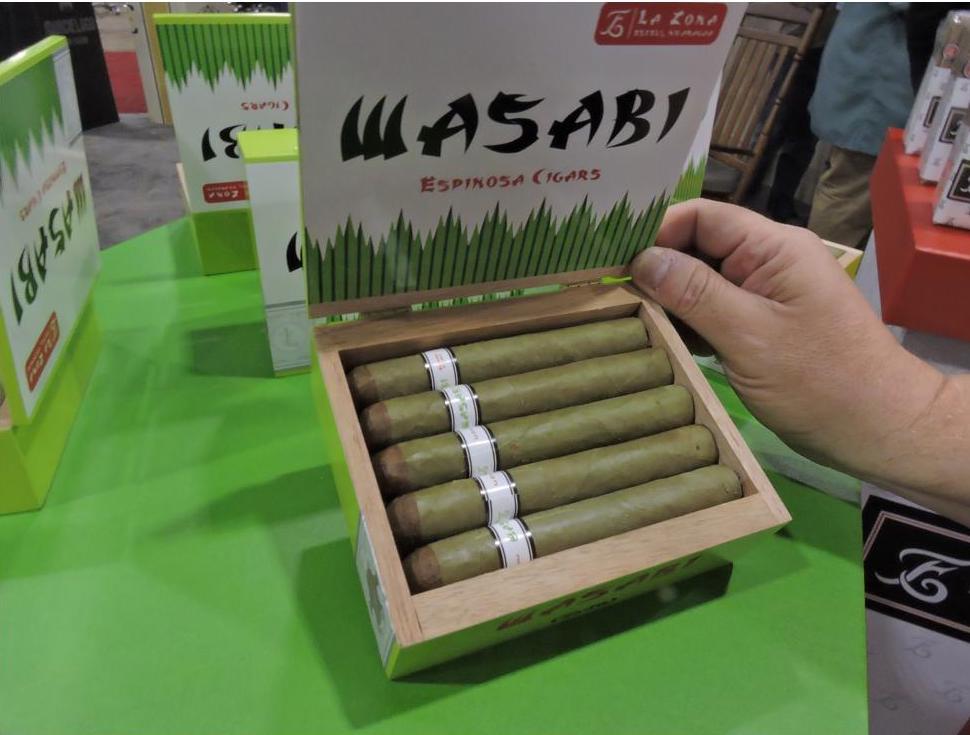 « Prime Time from the IPCPR 2019 with Francisco Batista, Master Blender for Royal Agio Cigars » Cigar News: Booth and Caldwell Launch The T Habano at the 2019 IPCPR