The Premium Cigar Association (PCA) has announced its plans for CigarCon, a consumer event held in conjunction with its annual convention and trade show, will not take place in 2020 and will be considered for 2021. PCA has also announced it is forming a sub-committee to focus exclusively on CigarCon and expects participation from all classes of retailer and associate membership.

PCA’s goal of launching CigarCon came off the tracks very quickly. News of the CigarCon leaked out a little over a week before the 2019 Trade Show where the announcement was scheduled to be made. Once announced, it became one of the most controversial and divisive topics for the cigar industry. The plans were criticized on both a financial and logistical standpoint by many in the industry.

It’s also the second time such a concept has been squashed. In 2013, the concept of a consumer event in conjunction with the trade show was proposed. It was quickly rejected. This time around, it was more than just an idea. The PCA announced plans CigarCon was coming in 2020, but it was clear from the pushback from the manufacturing and retail community that the support wasn’t there in its present form.

“Our goal in announcing CigarCon at our 2019 trade show was to elicit feedback and have the conversations surrounding a consumer event,” said PCA President John Anderson. “We have been in active listening mode and have taken in all of the industry feedback and have really adjusted many of the logistics surrounding the event. With all of that in mind, and in consultation with our manufacturing partners, we ultimately came to the conclusion that setting the goal for 2021 was the optimal timeframe.”

While Anderson says there was a goal to elicit feedback, from what was presented at the 2019 Trade Show, CigarCon was coming. It was even put into the new “PCA – The Magazine” publication where they wrote “For those that represent the gray portion of the (PCA) logo –  the consumers and connoisseurs – 2020 will be the year for you. It’s the year CigarCon will debut at the PCA’s international trade show – a day with the goal of bringing together the entirety of the industry under one roof to celebrate educate, and possibly enjoy one or two good smokes.” 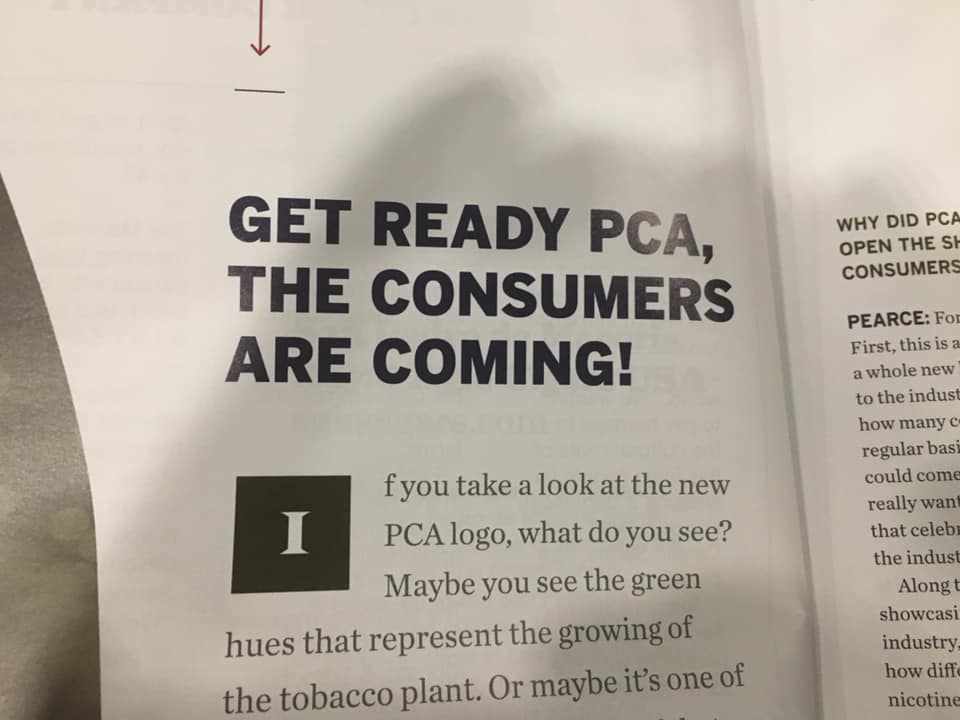 Scott Regina, chair of the PCA Trade Show Committee, also commented on the progress the PCA is making on creating a better experience for the show and convention itself. “While CigarCon is a part of our plans, we are hard at work on creating more new and exciting programs to enhance our annual convention and trade show. Adding new voices and fresh perspectives is going to be a welcome new component as we forge ahead,” Regina said.