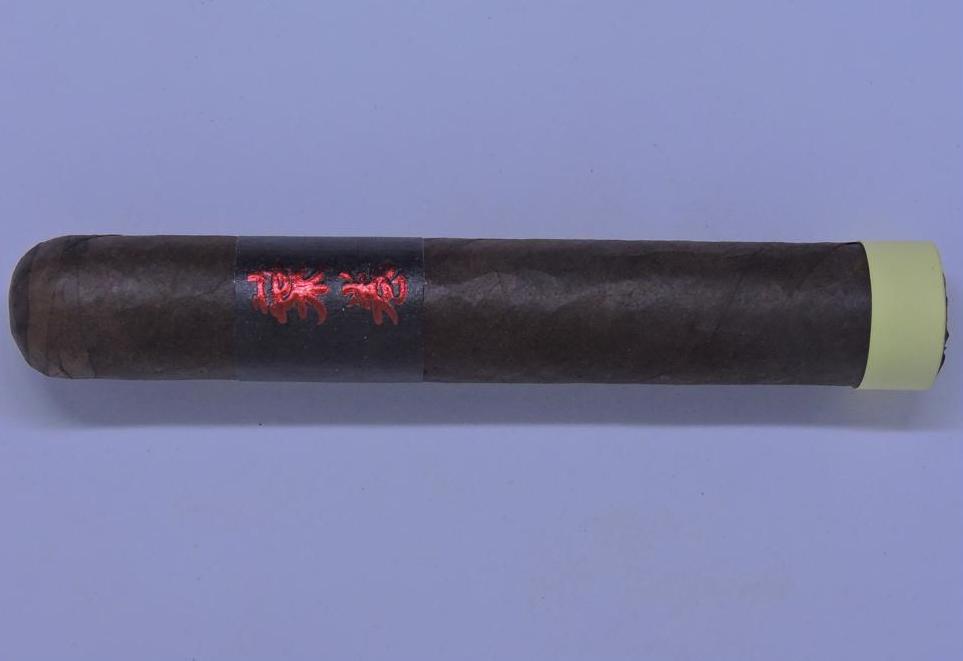 In 2017, Viaje released two cigars influenced by brand owner Andre Farkas’ travels to Japan, the Viaje Hamaki and the Viaje Hamaki Omakase. It’s not the first time Farkas has done a Japanese-themed release. For the better part of the past ten years, Viaje has released its Satori release as an offering to IPCPR Trade Show attendees. At the time of the first release of Hamaki and Hamaki Omakase, these were unveiled as a part of the White Label Project (WLP). The White Label Project is a series of experimental cigars and in some cases factory errors. Lately, Viaje has been using the White Label Project to test the waters with a new line. This has allowed Viaje to see how the market responds to a release before investing in a more detailed packaging. Fast forward to 2019, and Viaje has brought back the Hamaki and Omakase, this time “graduating” it out of the WLP series and giving it its own packaging. Today we take a closer look at the Viaje Hamaki Omakase 2019 release.

When Hamaki and Hamaki Omakase were originally released, Hamaki was released as a box-pressed Torpedo with an all-Dominican blend produced at the Quesada factory. Hamaki Omakase was released as a Robusto, but was more shrouded in mystery as blend and production details were not disclosed. In terms of the 2019 releases, while the sizes stay the same, all we know is that in addition to the new packaging, production was moved to Nicaragua.

As for the name, Hamaki is the Japanese word for cigar. Omakase is the Japanese tradition of letting a chef choose your order. The word actually means “I will leave it to you” and it fits in with the theme of the cigar since not much information is disclosed about it.

As mentioned above, other than the country of origin, there have been no details disclosed about the Viaje Hamaki Omakase.

The Viaje Hamaki Omakase 2019 is offered in one size -a 5 x 52 Robusto. The cigars are packaged in elongated 18-count boxes. 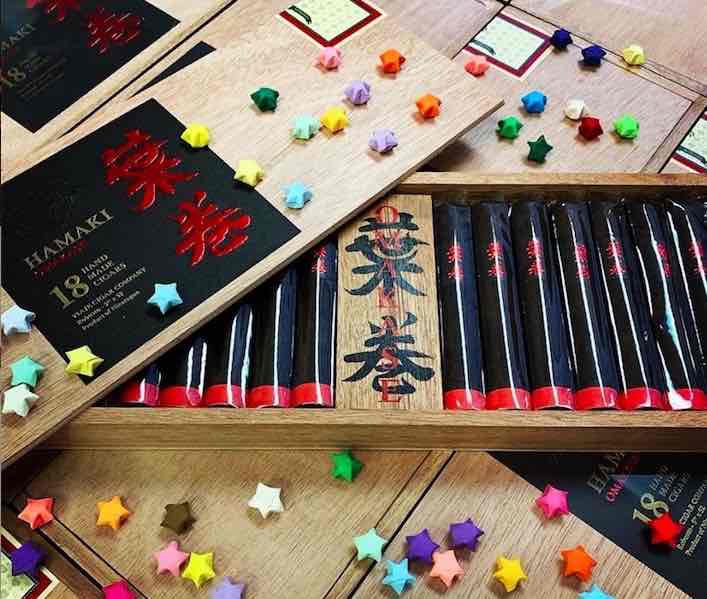 The wrapper of the Viaje Hamaki Omakase 2019  had a dark roasted espresso-bean color to it. There was some oil on the surface of the wrapper. The darker color of the wrapper did a good job at hiding the wrapper seams. Any veins that were visible were on the thin side. Overall, this cigar had a smooth wrapper

The Omakase 2019 contained a black colored band with metallic red Japanese lettering on it. There was also a beige colored panel on the band with the text “VIAJE” in the brand’s logo font in black font.

There is also a pale yellow footer band. According to Viaje, the band can be used to make an Origami star as per instructions contained in the box. This is not something I attempted to do.

After removing the footer band from the Viaje Hamaki Omakase 2019, a straight cut was used to remove the cap. It was then on to the pre-light draw ritual. The dry draw revealed notes of cedar, leather, and a slight unsweetened cocoa note. It wasn’t the most exciting pre-light draw. Since the pre-light draw is not scored, there was no loss of points from this experience. At this point, it was time to light up the Viaje Hamaki Omakase 2019 and see what the cigar experience would have in store.

The Viaje Hamaki Omakase 2019 started out with a blast of exotic pepper spices. The spices settled down quickly and flavors of wood, leather, unsweetened cocoa, and floral notes surfaced. The wood, leather, and floral notes moved into the forefront with the cocoa and exotic pepper settled in the background. The retro-hale was on the lighter side early on, delivering an additional layer of wood notes.

By the second third of the Omakase 2019, the wood notes were still the primary note in the forefront. During this stage, some earth notes started to mix in. The floral notes were the most prominent notes in the background, also containing a slight amount of citrus mixed it. The cocoa remained in the background, but during this phase the exotic pepper simplified to a white pepper. The retro-hale now produced an additional layer of mixed pepper – still on the lighter side.

The later part of the second third saw the earth notes take over. There were still notes of floral and wood along with the unsweetened cocoa and some additional pepper notes. This is the way the Viaje Hamaki Omakase 2019 came to a close. The resulting nub was slightly soft to the touch and cool in temperature.

The burn of Viaje Hamaki Omakase 2019 maintained a relatively straight burn path from start to finish. There was a slight amount of jaggedness on the burn line – which did result in a slightly above average number of touch-ups. The resulting ash of the Omakase 2019 was not very firm. This cigar had an ideal burn rate and ideal burn temperature. 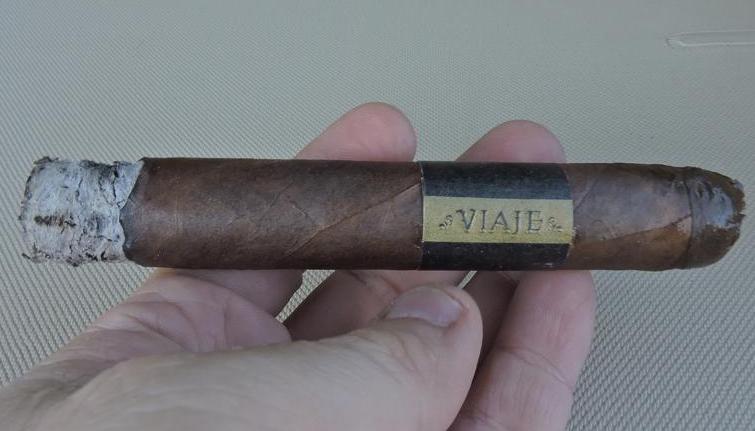 Burn of the Viaje Hamaki Omakase 2019

The draw of the Viaje Hamaki Omakase 2019 had a touch of resistance – which I’ve been on the record of being a positive in terms of the smoking experience. The Omakase 2019 was a cigar that had no problems delivering flavor – and was one that delivered a decent amount of smoke production.

In terms of strength and body, the Viaje Hamaki Omakase 2019 was medium from start to finish. Along the way there was a slight increase in intensity of both attributes, but this cigar didn’t quite progress enough to push out of the medium range. When looking at strength versus body (and in particular factoring in the retro-hale), the Omakase 2019 is a cigar where the body had the edge throughout the smoking experience.

The Viaje Hamaki Omakase 2019 is a cigar that was well-constructed – and delivered a decent amount of complexity. The problem was that the flavors delivered were unbalanced, boring, and at times muddled. The floral note that was present throughout the smoking experience certainly didn’t help, but in the end I found this cigar didn’t live up to the expectations that I had. While this is a cigar I don’t personally see myself revisiting, I’m not ruling this out to someone who might find some positives with the flavor profile. In the end, this is a cigar I would recommend trying a sample of before making a purchase.