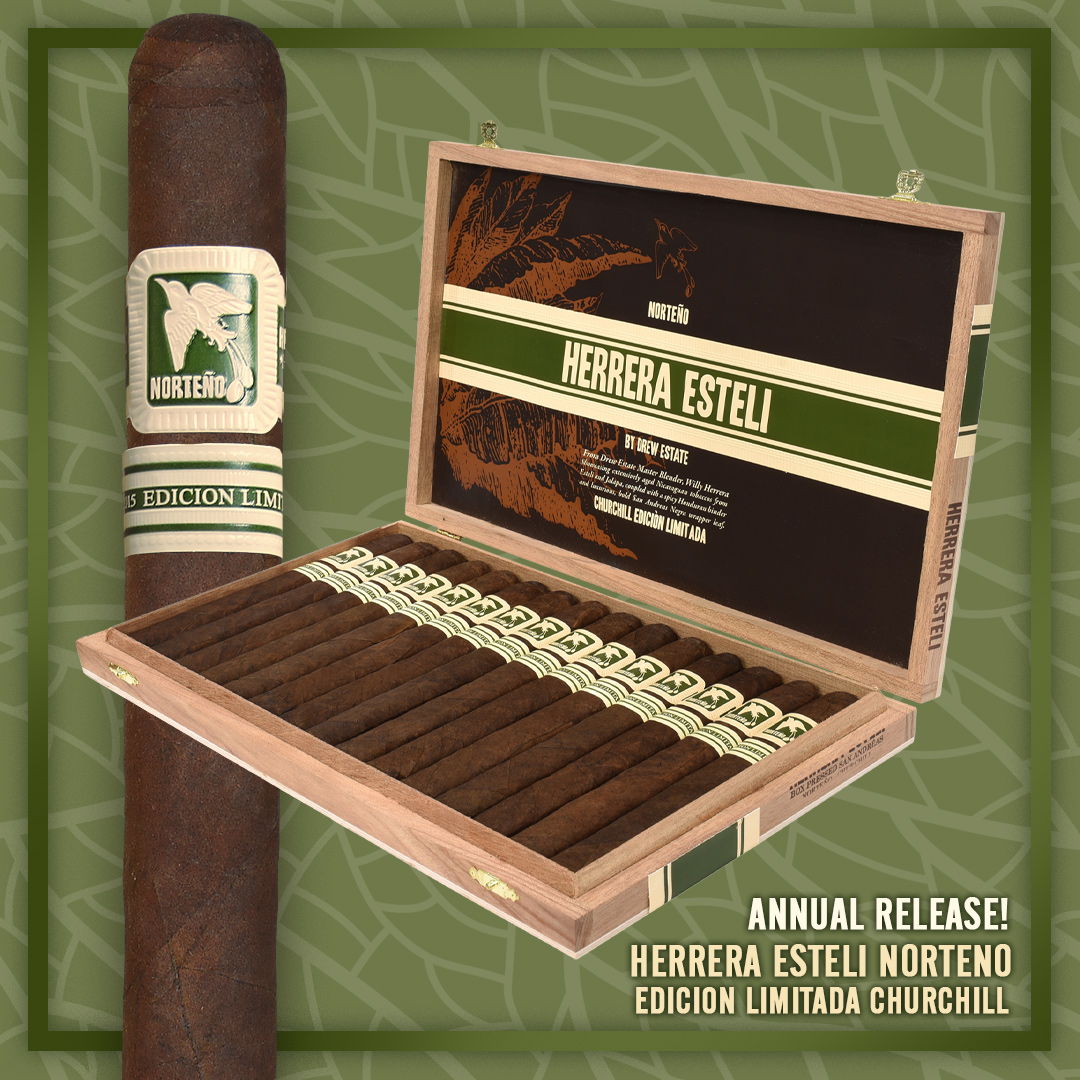 The Herrera Esteli Norteño Edicion Limitada Churchill is a 7x 48 box-pressed vitola that features what the company terms a “modified” blend of the original Herrera Esteli Norteño. This includes a San Andres wrapper, a Honduran binder, and a mix of Nicaraguan fillers. The cigars are presented in 15-count boxes. Pricing is set at $217.96.

In a press release, Drew Estate Master Blender Willy Herrera commented, “The Norteño Edicion Limitada is a killer stick bro, at all of my events consumers come up and ask when it is coming back. I am happy to say this limited release will satisfy some of the demand, but they better grab them quick before they disappear.”