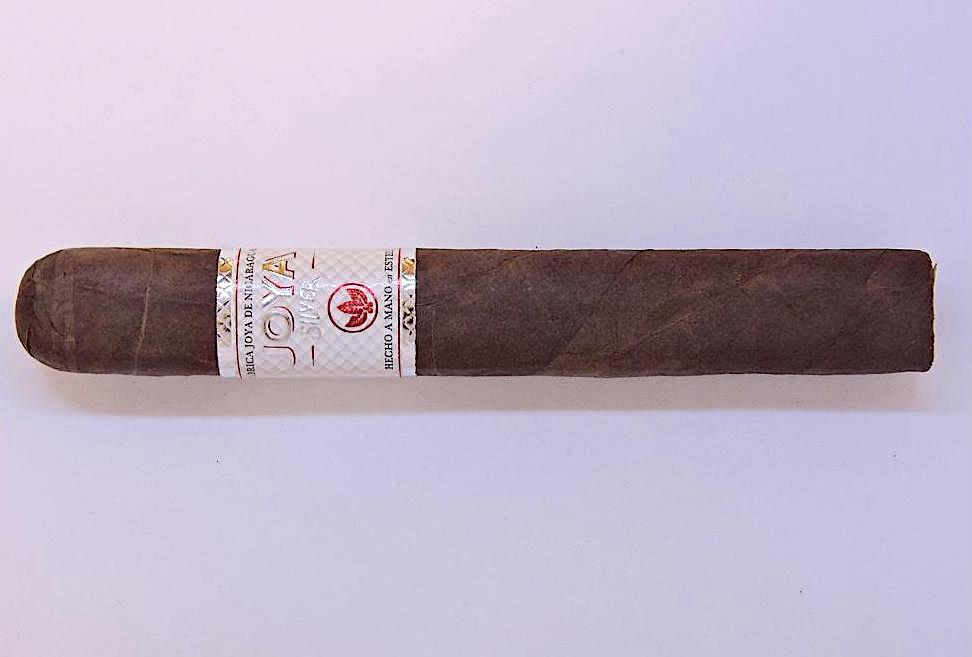 At the 2018 IPCPR Trade Show, Joya de Nicaragua Cigars unveiled the fourth installment of its Joya series with Joya Silver. The Joya series was first launched back in 2014 with the release of Joya Red and is intended to offer a more contemporary styled smoke in termed of packaging and blend at a reasonable price point. With Joya Silver, the distinguishing characteristic is that this is an all box-pressed line highlighted by a dark Ecuadorian Habano wrapper. Joya Silver was released as a part of the company’s 50th anniversary celebration. The launch of Joya Silver coincided with another release for the 50th anniversary, Joya de Nicaragua’s Cincó Décadas line. Today we take a closer look a the Joya Silver in the Toro size.

The following are the five releases that make up the Joya series – along what the distinguishing characteristic is for each of these releases.

One note – the cigars used for this assessment had about 14 months aging in the Cigar Coop humidor.

Without further ado, let’s break down the Joya Silver Toro by Joya de Nicaragua and see what this cigar brings to the table.

The blend for the Joya Silver is a three-country multi-national blend with tobaccos from Ecuador, Mexico, and Nicaragua

The Joya Silver is available in four sizes, each presented in 20-count boxes. 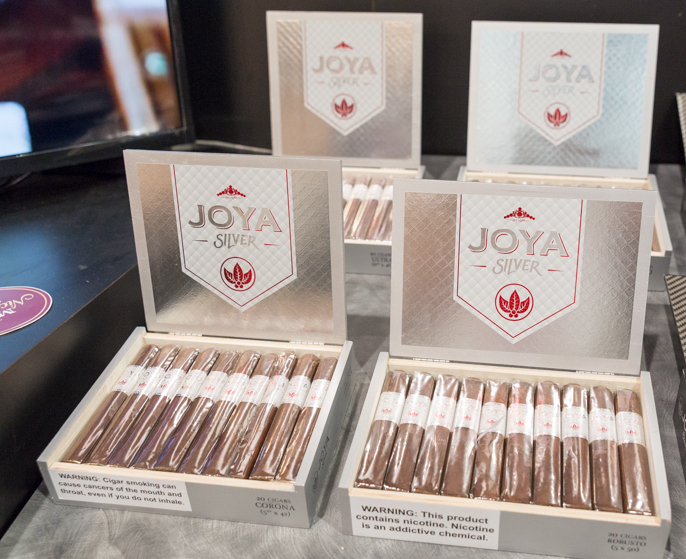 Packaging of the Joya Silver by Joya de Nicaragua

The Ecuadorian Habano Oscuro wrapper of the Joya Silver Toro had a roasted coffee bean color to it. Upon closer examination, there was some light mottling on the surface. There also was a light coating of oil on the surface. While there were some visible wrapper seams, and some thin visible veins, this was still a relatively smooth wrapper. The box-press of the cigar had a slight trunk-press to it.

The band of Joya Silver uses the design scheme consistent with the Joya Line, but with its own. unique color scheme. The band has a white background with a faux dimple pattern on the background. The band is surrounded by a chrome-colored trim. On the white background is the text “JOYA” in large silver font. Just below that is the text “Silver” in modern silver font surrounded a short, thin horizontal red-colored stripe on each side. Below that text is a red Joya de Nicaragua leaf logo. Across the top is the text “FABRICA JOYA DE NICARAGUA SA” in small gray font. Toward the bottom is the text “HECHO A MANO en ESTELI” – also in small gray font. On the far right side of the band is a group of red medallions and adornments in landscape mode with the gray font text “EST 1968.”

The cigar experience of the Joya Silver Toro kicked off by using a straight-cut to remove the cap. Once the cap was removed, it was on to the pre-light draw phase. The cold draw delivered a mix of earth, cedar, floral, and dark cherry notes. I consider this a satisfactory pre-light draw experience. At this point it was time to light up the Joya Silver Toro and move on to the smoking phase.

During the second third, the natural tobacco note remained grounded in the forefront. The presence of the black cherry and chocolate slowly diminished during this phase of the smoking experience. The notes of earth, cedar, and pepper remained present in the background. By the end of the second third, the black cherry had also fully receded into the background, and most of the chocolate and creaminess had dissipated.

The last third of the Joya Silver Toro saw the natural tobacco notes remain in control. There still were complementary notes of black cherry, cedar, earth, and pepper. The pepper notes increased in intensity during this stage of the smoke, but never overpowered the flavor profile. When the smoking experience of the Joya Silver Toro concluded, the resulting nub was slightly soft to the touch and cool in temperature. 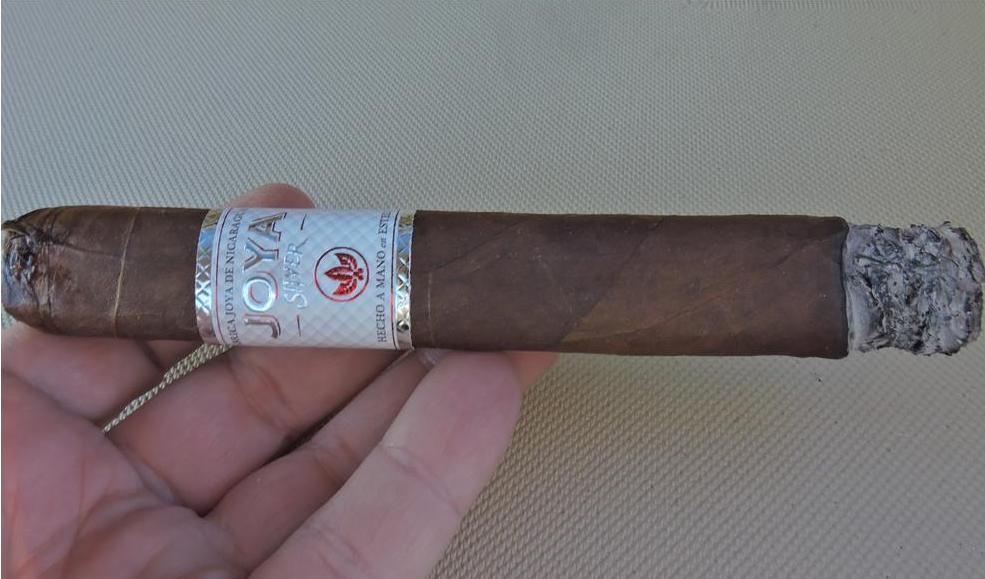 Burn of the Joya Silver Toro

In terms of strength and body, the Joya Silver Toro falls into the medium range. There was a slight increase in intensity of both attributes, but in the end, the Joya Silver Toro still stayed in the medium range of the spectrum. In terms of strength versus body, I found both attributes balanced each other nicely with neither attribute overshadowing the other.

As I mentioned up front, the cigars used for this assessment had about 14 months of age on them. While I found the Joya Silver Toto to be a nice cigar when I first smoked it, I also found this was a cigar that greatly improved over time and responded nicely to longer term aging. I found time to smooth out and better refine the flavor profile. At the same time, I didn’t find the Joya Silver Toro to lose much in the way of strength and body over time. In the end, the Joya Silver Toro is a fine cigar. At just under $8.00, it is a nice value as well. It’s the kind of cigar I would recommend to any cigar enthusiast. As for myself, it’s one that I would smoke again and it garners box worthy consideration.