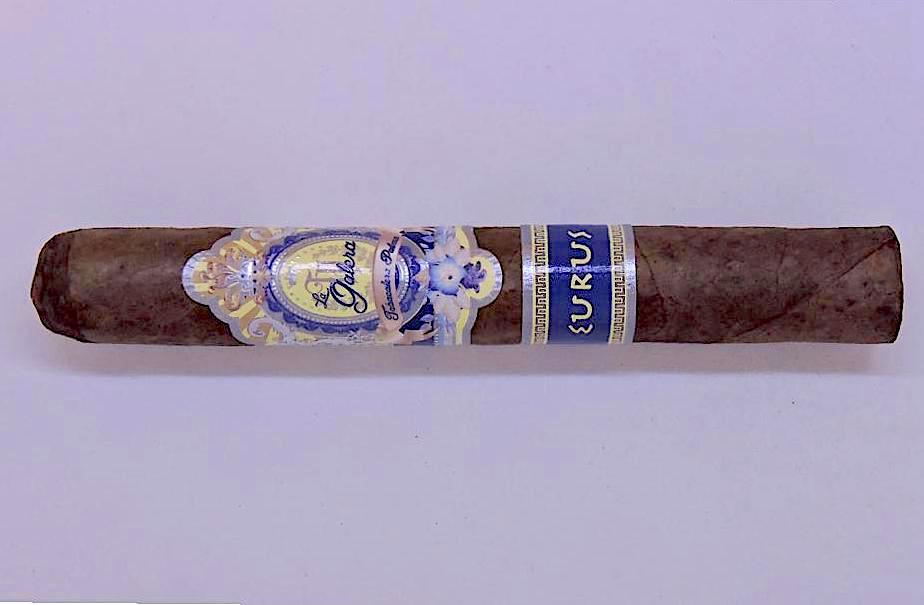 At the 2019 IPCPR Trade Show, Jochy Blanco introduced his fifth regular production line under his La Galera brand known as the La Galera Anemoi. Anemoi would be Blanco’s first Connecticut Broadleaf offering under the La Galera brand and the first new line in three years. Anemoi (pronounced: A-nem-oy) it pays homage to the winds that play a key role in growing tobacco. There are five vitolas in the line and each pays homage to the various Greek wind gods:  Boreas (god of the north,), Notos (god of the south); Eurus (god of the east, and Zephyrus (god of the west,). The fifth size takes the name of the line, Anemoi, which is the collective name of the Greek wind gods. Today we take a closer look at the Eurus size (a 5 1/8 x 48) vitola in the La Galera Anemoi line.

For a long time, Jochy Blanco’s Tabacalera Palma has been producing cigars for many brands. That would change in 2015 when he would acquire IndianHead Cigars, a company consisting of value-priced cigars. Simultaneously, Blanco added a new brand that would be sold under the IndianHead portfolio known as La Galera. While Blanco still sells brands from the IndianHead portfolio, La Galera has been the brand exclusively used for the company’s more premium cigar offerings.

Without further ado, let’s break down the La Galera Anemoi Eurus and see what this cigar brings to the table.

The Connecticut Broadleaf wrapper had a light roasted coffee bean color to it. It was definitely. Broadleaf Maduro wrapper on the lighter side. This wrapper had a light coating of oil on it as well as some significant mottling on it it. There were a few visible veins and the Broadleaf was still dark enough to hide several of them.

There are two bands on the La Galera Anemoi Eurus. The primary band shares the same elaborate design as the La Galera Habano. It features primarily a blue, pale yellow, and silver color scheme. The design includes images of the Dominican Republic on each side. The center of the band is a pale yellow with the text “La Galera” in a blue scripted font. The background of the oval also features the “TP” (Tabacalera Palma) initials in a light silver-colored old English font. The lower part of the oval has a peach ribbon design draped over it with the text “Tabacalera Palma” in a blue cursive font. There is a silver crown at the top. There is the text “ANEMOI” in pale yellow font on a blue stripe on the lower left and lower right of the band. The lower center of the band features two petals of flowers.

The secondary band has a blue background with silver and pale yellow stripes. The band features the text “EURUS” in a pale yellow Greek-letted styled font.

The cigar experience of the La Galera Anemoi Eurus commenced with a straight cut to remove the cap of the cigar. From that point, it was on to the pre-light draw. The cold draw delivered notes of earth, coffee, and bittersweet cocoa. While there wasn’t alot of sweetness on the cold draw, it was good enough to make this an excellent pre-light draw experience. At this point, it was time to light up the La Galera Anemoi Eurus and see what the smoking phase would have in store.

During the second third, the coffee notes remained in the forefront. There were times the chocolate crept back into the forefront. Sometimes when there are coffee and chocolate notes they develop a fusion I refer to as “mocha.” This did not happen here. In addition, there was an increase in both the pepper and baker’s spice during this phase.

The final third didn’t see much change. The coffee notes still were grounded in the forefront with some chocolate continuing to enter the equation. The difference was there was more in the way of spice here. Most of the citrus notes had dissipated. This is the way the La Galera Anemoi Eurus came to a close. The resulting nub was firm to the touch and cool in temperature.

The burn of the La Galera Anemoi Eurus performed almost flawlessly. It maintained both a straight burn path and had a straight burn line from start to finish. The resulting ash was tight with near-white color. The burn rate and burn temperature were both ideal. 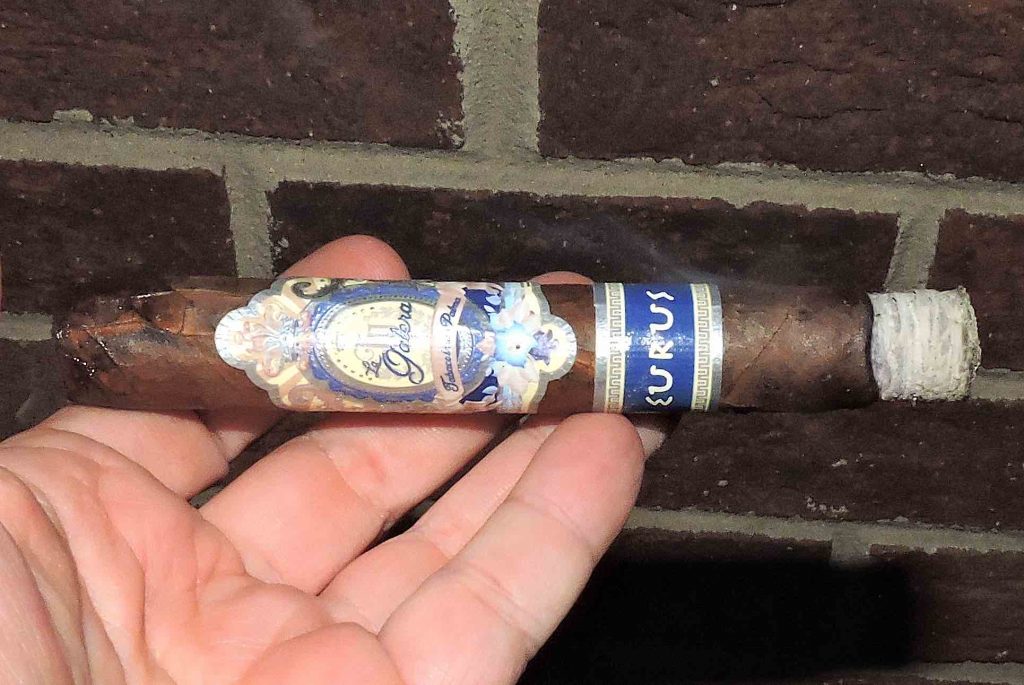 Much like the burn, the draw of the La Galera Anemoi Eurus also performed at a near flawless level. There was a touch of resistance to the draw which is something that I like. There was also an ample amount of smoke produced from this cigar.

The La Galera Anemoi Eurus came out of the gate with medium to full strength. There was a slight uptick in strength around the midway point, but in the end, the cigar remained in the medium to full range of the strength spectrum,

In terms of body, the La Galera Anemoi Eurus also came out of the gate medium to full. There was an uptick toward the midway point and this was enough to push the cigar into full-bodied territory.

When looking at strength versus body, the body maintained an edge throughout the smoking experience.

To sum it up, the La Galera Anemoi Eurus is a home run for Jochy Blanco. It’s a cigar that delivers bold flavors from start to finish. Most importantly these flavors were outstanding. Add some excellent construction into the occasion and this Anemoi Eurus scores extremely well.

Because the deadline for making the Cigar Coop 2019  Countdown was before IPCPR, the La Galera Eurus did not qualify for that list (but it certainly is 2020 eligible). At the same time, considering most cigar media uses a traditional calendar year,  I am shocked that this cigar was all but ignored by cigar media.

In the end, this is a cigar I’d recommend to the more seasoned cigar enthusiast. As for myself, it’s one I would smoke again, and it’s easily worthy of a box purchase.