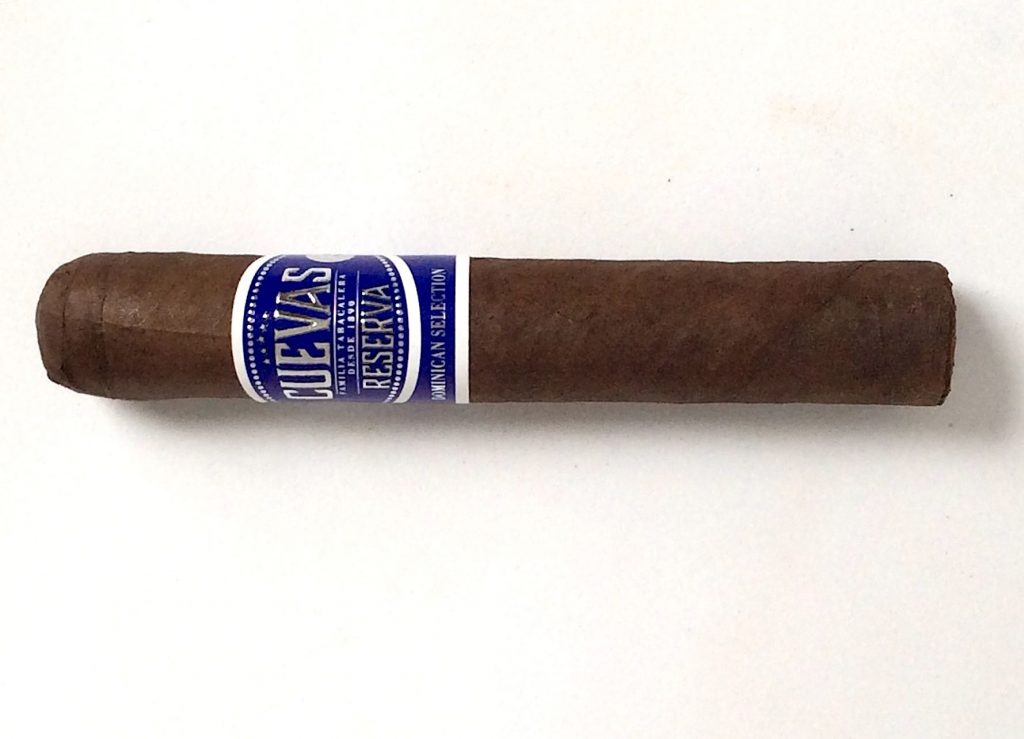 2019 marked the first year that Casa Cuevas Cigars would be exhibiting at the IPCPR Trade Show. Going into the show, the company would showcase a trio of cigars, the Casa Cuevas La Mandarria, and two blends under the Cuevas Reserva line. While Cuevas Reserva might have been a new brand to many cigar enthusiasts, it was actually a cigar that was created by company patriarch Luis Cuevas Sr. over a decade ago.. At the time, Cuevas Sr. was running his factory in the Dominican Republic and had created the Cuevas Reserva blend. Cuevas Sr. faced a huge dilemma – either invest in the time and resources needed to introduce his own brand or focus on the family’s factory operation in the Dominican Republic where he was making cigars for other people. Cuevas Sr. made the decision to focus on his factory. Now a decade later, the Cuevas family brings back the Cuevas Reserva line with two blends – a Maduro and a Natural (Connecticut Shade). Today we take a look at the Cuevas Reserva Maduro blend in the Robusto size.

Casa Cuevas Cigars is a family run company highlighted by the father and son team of Luis Cuevas Sr. and Luis Cuevas Jr. As mentioned, the Cuevas family for many years has operated Tabacalera Las Lavas S.R.L. in the Dominican Republic. This factory has produced cigars for many leading manufacturers such as Toraño, Leccia Tobacco, and Gurkha. In 2016 the company decided to bring its own brand to market, Casa Cuevas Cigars, with cigars coming out of their factory. Luis Jr. handles the company’s distribution operations in the U.S. and also works with his father at the Las Lavas factory. Luis Jr.’s son Alec Cuevas is now involved the family business serving as the company’s Director of Operations.

Without further ado, let’s break down the Cuevas Reserva Maduro Robusto and see what this cigar brings to the table.

The Cuevas Reserva Maduro consists of a San Andres Maduro wrapper, a Dominican Piloto Cubano binder, and a combination of Dominican and Nicaraguan fillers. 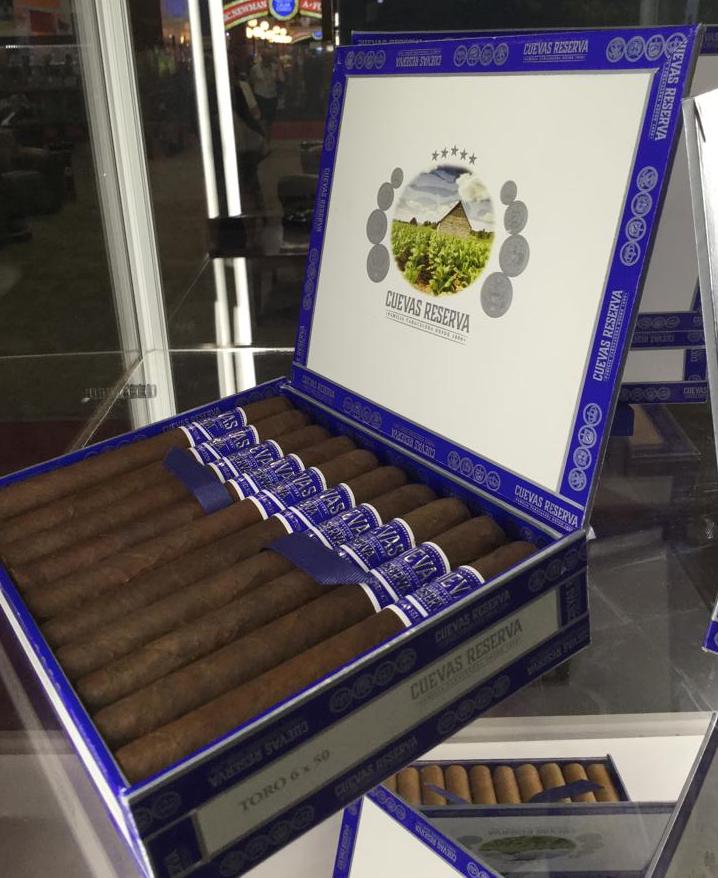 The San Andres wrapper of the Cuevas Reserva Maduro Robusto had a rich espresso bean color to it. There was a light coating of oil on the surface of the wrapper.  Despite the wrapper’s dark color, upon closer examination, some darker mottling can also be seen on the surface. There were some thin visible veins and thin visible wrapper seams.

The cigar experience of the Cuevas Reserva Maduro Robusto commenced with a straight cut to remove the cap. Once the cap was removed, it was on to the pre-light draw ritual. The dry draw delivered a mix of mocha, leather, and cedar. Mocha is a term I use to describe a fusion of coffee and chocolate. Overall this was a satisfactory pre-light draw. At this point, it was time to light up.

The Cuevas Reserva Maduro Robusto kicked off with notes of mocha, citrus, black pepper and earth. Early on the mocha notes took command of the flavor profile. Both the coffee and chocolate notes were present during the first third of the cigar experience. Meanwhile, the retro-hale delivered a layer of spice that I would best describe as an exotic spice.

As the Cuevas Reserva Maduro Robusto moved into the second third, the fusion between the chocolate and coffee started to break apart. The coffee notes took a slight edge. While the chocolate component didn’t go away, this sweetness started to diminish into the background. There was a slight increase in both the pepper and citrus notes with the pepper increasing at a slightly faster rate. Meanwhile some of the earthy notes were present in the more distant background.

By the start of the final third, the flavor profile leveled off. The coffee notes remained primary. The chocolate notes were now more diminished and in the background. At the same time, the pepper and citrus notes leveled off to a constant level in the background with the earthy notes more distant. This is the way the flavor profile of the Cuevas Reserva Maduro Robusto wrapped. The resulting nub was firm to the touch and cool in temperature.

The Cuevas Reserva Maduro Robusto got high marks when it came to the burn. Except for a slight amount of jaggedness from time to time, this was a cigar that had no problem maintaining a straight burn path from start to finish. The resulting ash was thick and firm with a near white color. The burn rate and burn temperature were both ideal. 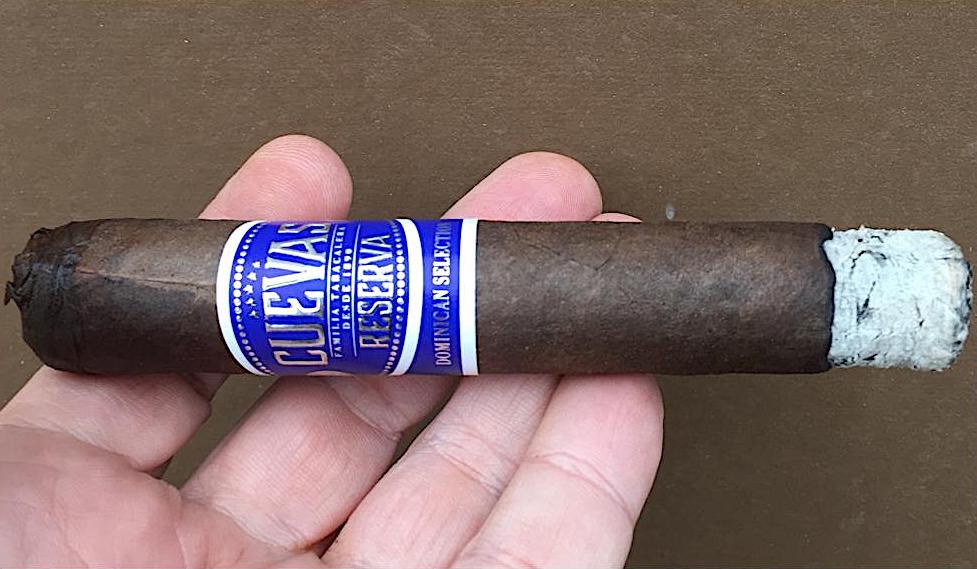 Like the burn, the draw to the Cuevas Reserva Maduro Robusto also earned some nice scores. This was a draw that had a touch of resistance – which is something that I like. This draw earns our highest score – exceptional for being as close to perfect as you can get. There also was an abundant layer of smoke as the cigar experience progressed.

The Cuevas Reserva Maduro Robusto started out medium to full in both strength and body. Along the way, the intensity levels increased slowly but steadily doing the smoking experience. In the end both the strength and body feel short of crossing the threshold into full territory. Meanwhile, the strength and body balanced each other with neither attribute overshadowing the other.

Since launching in 2016, Casa Cuevas has delivered quite an impressive track record of cigar releases and the Cuevas Reserva Maduro Robusto adds to that list. If we apply the Cigar Coop rule of a score of 90 being the standard of excellence, the Cuevas Reserva Maduro Robusto certainly has reached that mark. The flavors delivered on the tongue are quite traditional, but the exotic spices on the retro-hale give this cigar a nice contemporary spin. This is a cigar I’d probably steer to a more seasoned cigar enthusiast looking for a cigar with medium to full strength and body. As for myself, this is a cigar I would certainly purchase and smoke again.