Agile Cigar Reviews are cigar assessments where we use a lightweight, shorter format. These will never take the place of our comprehensive reviews. They are only used on blends we have previously assessed. This might be a blend we are re-scoring or giving a score for the first time. It might be a blend we are looking at in a different size. Today we look at the 1502 XO Robusto Gordo by Global Premium Cigars. This is a cigar line we have assessed several times before, most recently back in April 2019 in the Lancero size. 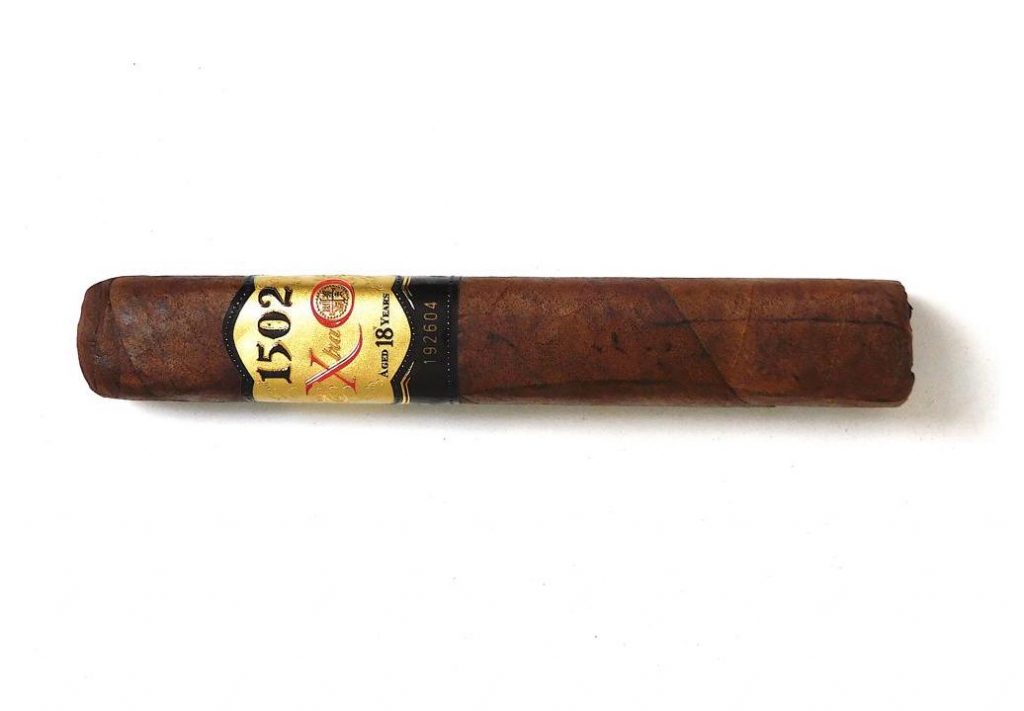 In 2019, Global Premium Cigars introduced the 1502 XO Robusto Gordo into a widespread release. It is a limited production line that is Global Premium Cigars’ most premium release to date. What makes it limited and premium is the incorporation of 18-year-old tobacco into the blend. The 1502 XO line made its debut in 2015 and was released in a Toro size. Since then, Global Premium Cigars has gradually introduced new vitola offerings into the line – each in limited production. Today we take a closer look at the 1502 XO Robusto Gordo line. This is a cigar that has been aging in the Cigar Coop humidor for about 12 months.

In terms of the blend, Global Premium Cigars CEO Enrique Sanchez-Icaza isn’t disclosing any information. The only two things known about this cigar is that it contains the 18-year-tobacco and that production is handled at the Plasencia factory in Estelí, Nicaragua. The Robusto Gordo size is 5 x 52. Consistent with many of the cigars under the 1502 brand, the 1502 XO Robusto Gordo is box-pressed – and it features the brand’s signature lock (a partially covered footer around the edges). Generally speaking, the Robusto Gordo size is the smallest in the 1502 XO line.

The 1502 XO Robusto Gordo delivered a mix of cedar, natural tobacco, earth, cherry, and mixed pepper notes. Early on there was a combination of natural tobacco and cherry that took over. As the smoke moved through the second third, there was an increase in cedar. The cedar eventually became the primary note and took over in the second half.

When it comes to the 1502 XO line, I look at the barometer being the Toro size. The Toro size landed as the #18 Cigar of the Year Countdown: on the 2016 Countdown. After that, I would group the 1502 XO Churchill and 1502 XO Salomon as the next best sizes and it’s fair to put the 1502 XO Robusto Gordo in that category. While several of the other sizes of the 1502 XO delivered a chocolate note, I didn’t get that on the Robusto. In the end, I didn’t find the lack of that note to work against the blend.

The 1502 XO Robusto is a cigar I would recommend to any cigar enthusiast. As for myself, it’s one I would smoke again and recommend buying one to smoke.