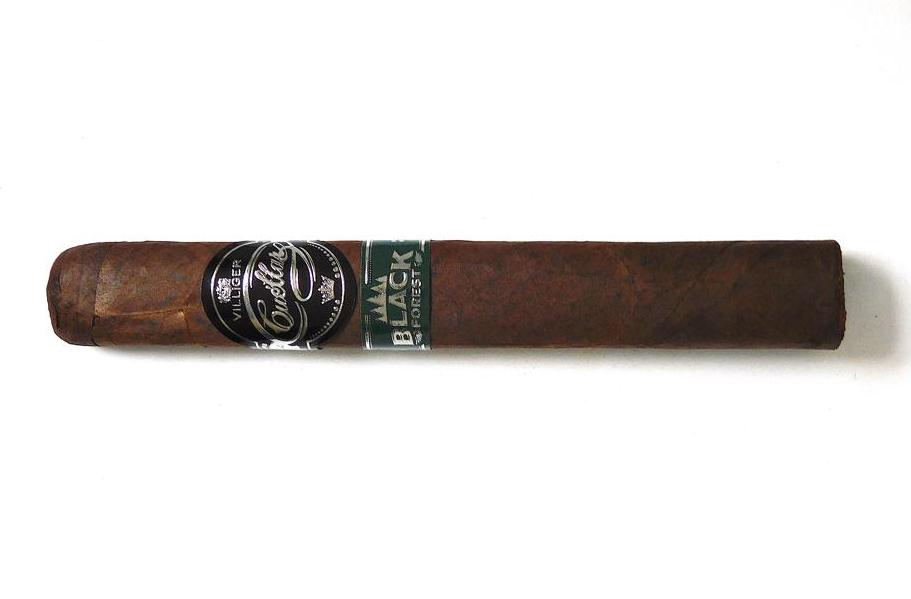 The Cuellar brand has been a part of the Villiger Cigars portfolio for about six years, beginning when it introduced Cuéllar Connecticut Krēmē. At that particular point in time, Villiger Cigars was exploring the avenue of releasing products without the Villiger name on it. Eventually, Villiger reversed its course of action and decided to continue using the Villiger name, including in the Cuellar Connecticut Krēmē. While Villiger has streamlined is packaging and banding across its many brands, Cuellar has been one that has maintained its own unique design and that has carried over to the Villiger Cuellar Black Forest release.

Without further ado, let’s break down the Villiger Cuellar Black Forest Toro Gordo and see what this cigar brings to the table.

The Villiger Cuellar Black Forest is available in four box-pressed sizes – each presented in 20-count boxes.

The Mexican San Andres wrapper of the Villiger Cuellar Black Forest Toro Gordo had a milk chocolate color to it. Upon closer examination, there was some mottling present on the surface. The wrapper had a slight amount of oil on it. This cigar was pretty much void of any significant visible wrapper seams and veins. The box press of the Toro Gordo had a slight Cuban soft press to it.

The band to the Villiger Cuellar Black Forest is similar to the design found on the Cuellar Connecticut Krēmē, but with a different color scheme. The band of the Cuellar Black Forest is black with silver font (the Cuellar Connecticut Krēmē uses white with silver font). The center of the band has the text “Cuellar” in a cursive font on a circular field. Above the cursive text is a small Villiger logo and the text “VILLIGER.” Below the cursive text is a crown. The remainder of the band has silver adornments to the left and right. To the left of the field is the text “HAND MADE 1998” and to the right is the text “1998 LONG FILLER.” There was also silver trim toward the upper and lower portion of the band.

There is also a secondary band that sits below the primary band. This band is forest green in color with silver font. The center of the band has the text “BLACK FOREST” arranged in a curved fashion. Above that text is a design of a series of pine trees. To the left is the text “HECHO A MANO REPUBLICA DOMINICANA” and to the right is the text “HECHO A MANO REPUBLICA DOMINICANA.”.There was also silver trim toward the upper and lower portion of the band.

The Villiger Cuellar Black Forest Toro Gordo opened up with notes of mocha, citrus, white pepper, and cedar. Mocha is a term I use to describe chocolate and coffee notes that are pretty much joined at the hip. The mocha notes moved into the forefront early on with the other notes settling in the background. During the first third, the chocolate component of the mocha was more dominant. There was an inherent sweetness to the chocolate. Meanwhile on the retro-hale was an additional layer of cedar along with some classic wood notes.

During the second third, there was a time when the mocha shifted to more of an espresso syrup quality. There also was a slight increase in the citrus component. By the second half of the Villiger Cuellar Black Forest Toro Gordo, the espresso syrup became more of a black coffee note. There also was an increase in the cedar and pepper in the background.

The last third didn’t see many changes. The mocha notes still were in the forefront consisting of a combination of black coffee and chocolate. This was rounded off by notes of citrus, white pepper, and cedar. This was the way the Villiger Cuellar Black Forest Toro Gordo came to a close. The resulting nub was firm to the touch and cool in temperature.

The burn of the Villiger Cuellar Black Forest Toro Gordo performed very well. This is a cigar that maintained a straight burn path and straight burn line from start to finish. The resulting ash was firm with a near-white color to it. The burn rate and burn temperature were both ideal. 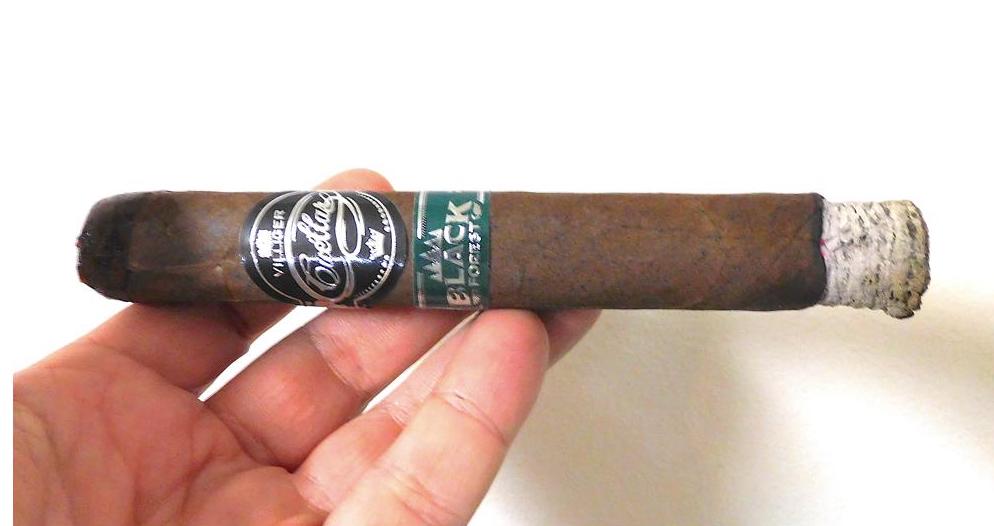 The draw to the Cuellar Black Forest struck a nice balance between resistance and openness. While I still prefer a little more resistance on the draw, this still wasn’t a loose draw.