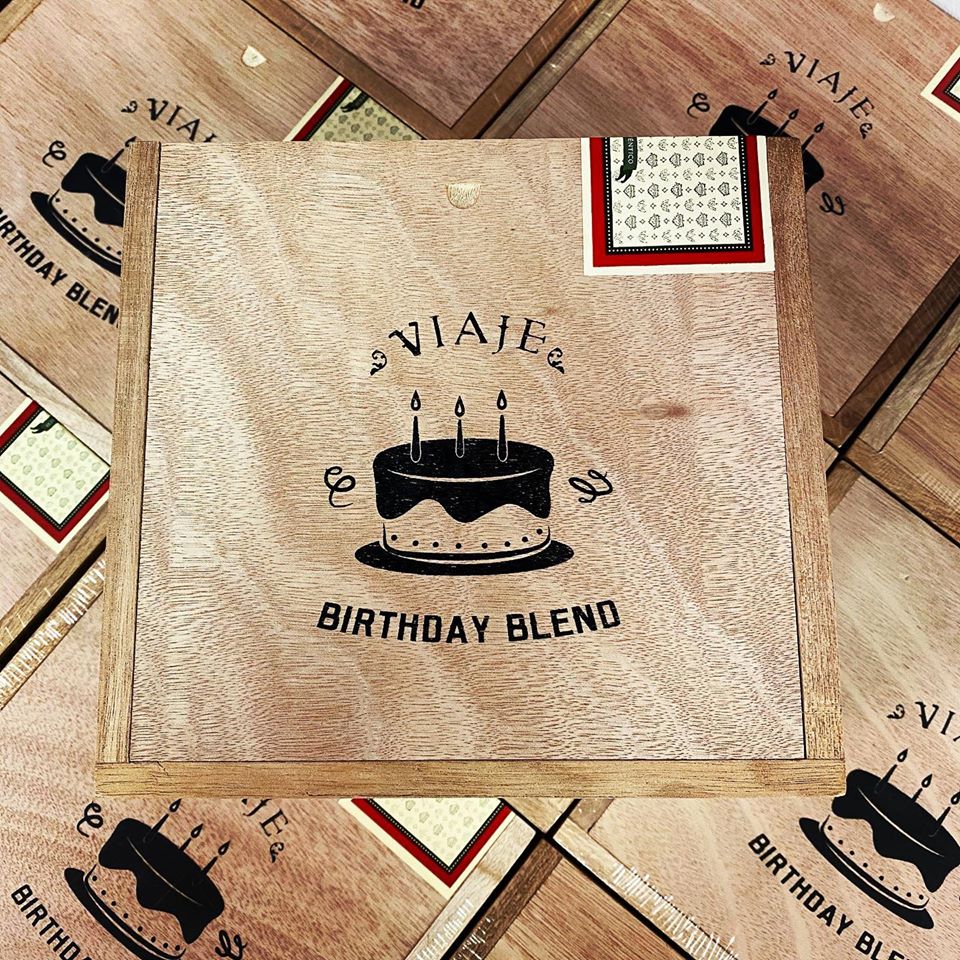 Viaje has shipped the 2020 edition of its Birthday Blend. It’s the fifth consecutive year the company has shipped it.

The Viaje Birthday Blend pays tribute to company founder Andre Farkas‘ birthday.  From 2016 to 2018, these releases have been a part of Viaje’s White Label Project (WLP). For 2019, the Birthday Blend returns, but this time it has graduated out of the WLP series into its own line.

Details of the Viaje Birthday Blend have not been disclosed. The 2020 edition its a 6 x 52 Toro. The cigars are packaged in 38-count boxes with limited production or 2020.

Like most Viaje Cigars, the Viaje Birthday Blend is a small batch release. The company has reported it has sold out its allocation to its retailers.