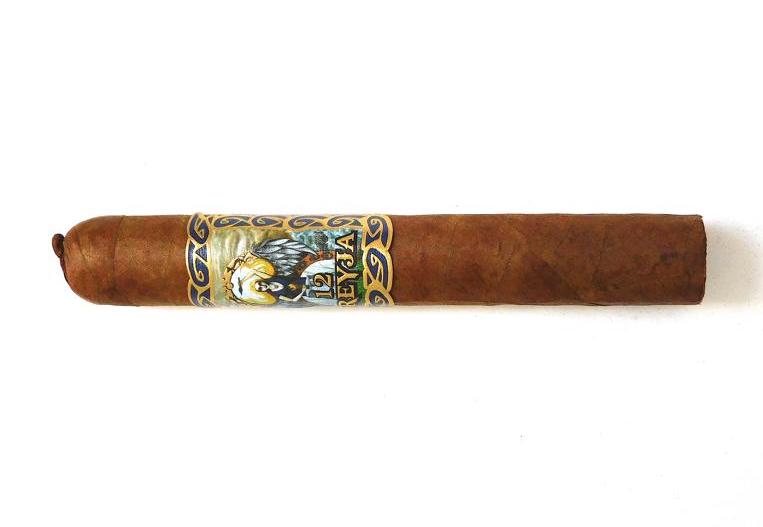 Freyja 12 was originally released to commemorate Viktorsson’s 12 years in the cigar business. Brisingamen is named for the necklace the goddess Freyja (for whom the line is named) would wear. Late in 2018, as Viktorsson was promoting the Freyja 12 Brisingamen in Sweden, the line was well-received but many felt the size was too big to smoke during the long, cold winter months in Scandinavia. As a result, requests came in for a smaller size. After the tour of Sweden, Viktorsson went to work with the Tabacalera Palma factory to tweak the 7 x 52 size of the Frejya 12 into a 5 x 46.

Viktorsson would then solicit ideas for a name for the new 5 x 46 and ultimately Dvalinn was chosen. Dvalinn ties into the story of the Freya 12 line. Supposedly four dwarves created the Brisingamen necklace for Freyja and one of the dwarves was named Dvalinn. The Dvalinn size was released back in the summer of 2019.

Without further ado, let’s take a closer look at the Freyja 12 Dvallin and see what this cigar brings to the table.

The Freyja 12 features a Habano Ecuador wrapper over Dominican tobaccos. The filler includes Piloto Cubano which has become a staple of the Las Cumbres Tabaco blends.

The addition of the Dvalinn brings the total number of sizes in the Freyja 12 line to two. While the Brisingamen was put in 12-count boxes, the Dvalinn was put in 6-count cellophane bundles. 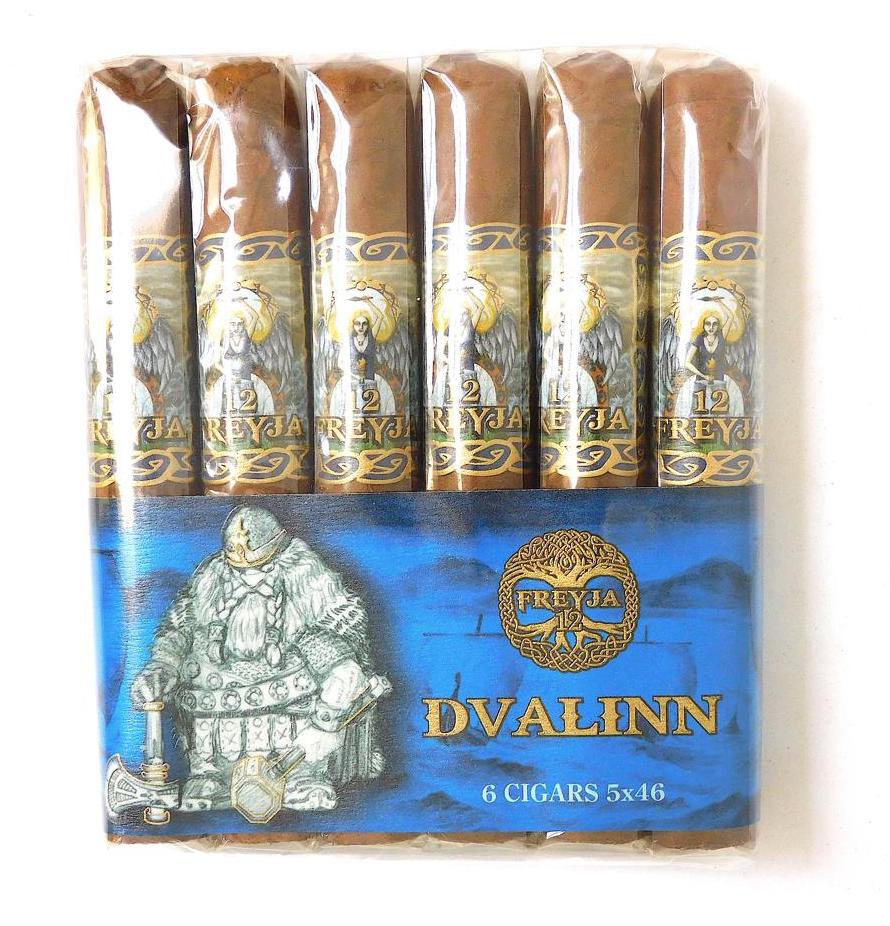 The Habano Ecuador wrapper of the Freyja 12 Dvalinn was medium brown in color. There was a slight amount of oil on the wrapper. Some very subtle mottling could also be seen. There were visible veins and visible wrapper seams on the band. The cigar itself is finished with a small pig-tail cap.

The band of the Freyja 12 is a slight modification of the band used on the original Freyja line. The band features an oil panting-styled image of the goddess Freyja. On the lower part of the image is the text “FREYJA” in large classic-styled gold font. The image is surrounded by a gold and blue frame. The left and right of the band has blue colored old-painting-styled images of Viking boats. On the lower part of each of the side images is the text “HAND MADE IN THE DOMINICAN REPUBLIC” in small white font. The sides of the band are also trimmed in gold.

As opposed to pulling the pig-tail off the Freyja 12 Dvalinn, a straight cut was used to remove the cap and pig-tail together. At that point, it was on to the pre-light draw phase. The cold draw delivered notes of sweet natural tobacco, cedar, and even a touch of mint. This was a satisfactory pre-light draw. At this point, it was time to light up the Freyja 12 Dvalinn and see what the cigar experience would have in store.

The Freyja 12 Dvalinn required several touch-ups along the way to maintain a straight burn line and straight burn path. The touch-ups did the trick, but I did find this cigar needed more touch-ups than I prefer. The resulting ash was skewed toward the firmer side. This was an ash with a light gray color. The burn rate and burn temperature were both ideal. 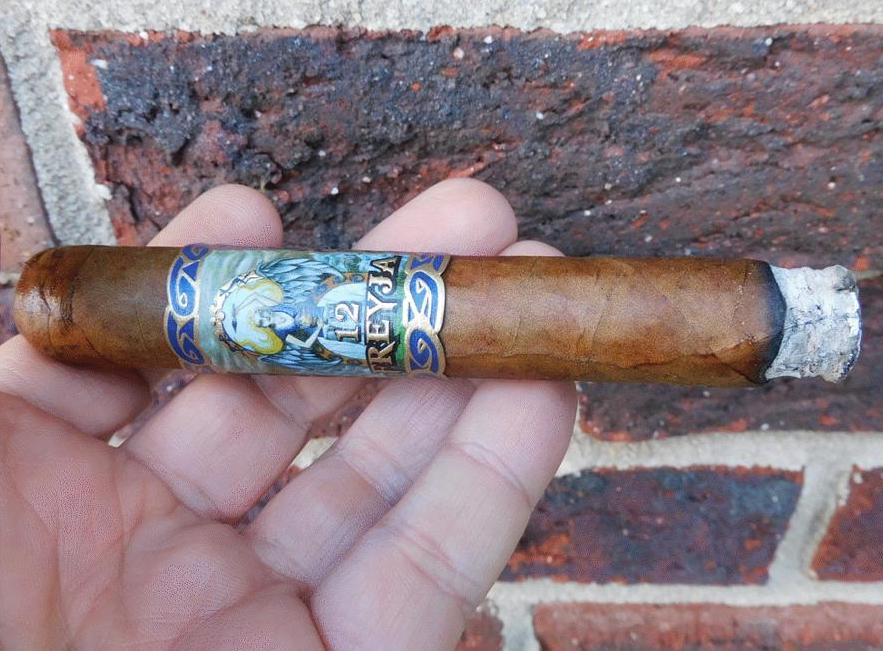 Burn of the Freyja 12 Dvalinn

The draw to the Freyja 12 Dvalinn performed excellently. This was a draw that had a touch of resistance to it – which is something that I like. At the same time, this was a cigar that was low maintenance to derive flavors from.

When looking at strength and body, both attributes balanced each other with neither attribute overshadowing the other.

This is a cigar I could recommend to any cigar enthusiast. While it’s positioned as a winter smoke, it is one that could be enjoyed any time of the year. As for myself, the Freyja 12 Dvalinn is a cigar I would smoke again. It is one that I would buy multiples to keep in the humidor.