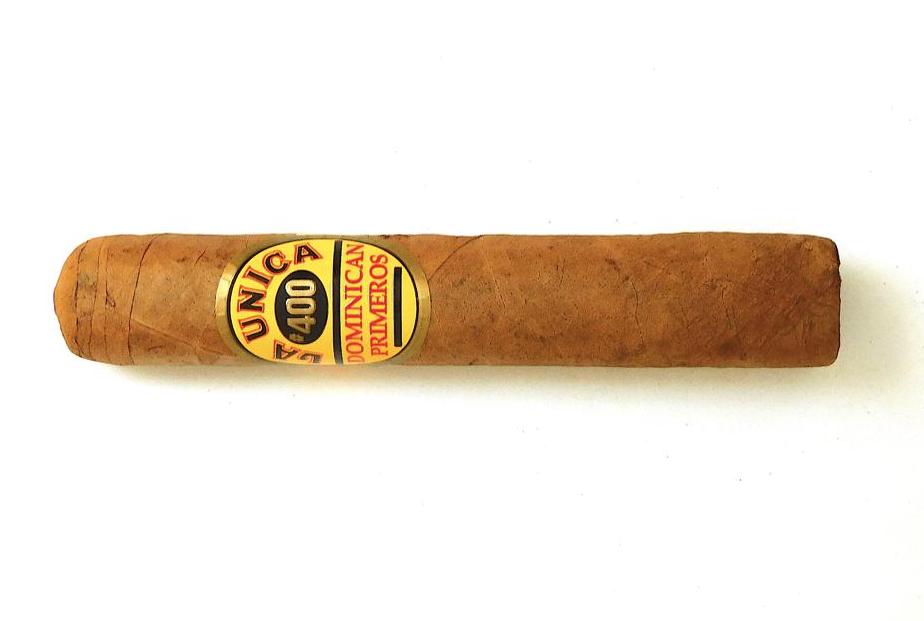 La Unica is a value-priced brand in the J.C. Newman Cigar Company portfolio produced at Tabacalera A. Fuente y Cia. Over the years, the Fuente and Newman families have forged a strong partnership. The Fuentes handle production for many of the J.C Newman brands while J.C. Newman handles the U.S. distribution for the Arturo Fuente portfolio. The story with La Unica traces back to the mid 1980s when Stanford Newman challenged Carlos Fuente Sr. to develop a premium, long-filler blend that could be packaged in cellophane bundles and thus La Unica was born. Since 1986, La Unica has been a staple of the J.C. Newman portfolio. Today we take a close look at the La Unica Natural in the 400 (Rothschild) size.

Today there are two blends in La Unica – a Natural (Connecticut Shade) and Maduro (Connecticut Broadleaf). Since the brand’s initial release, the packaging has been upgraded from cellophane bundles to cabinet boxes – all while keeping true to the brand remaining a value-priced long-filler offering.

Without further ado, let’s break down the La Unica No. 400 and see what this cigar brings to the table.

The Maduro counterpart leverages a Connecticut Broadleaf wrapper over Dominican binder and filler.

Both La Unica Natural and La Unica Maduro are available in six sizes. Each is presented in 20-count boxes

The Connecticut Shade wrapper of the La Unica No. 400 Natural had a light golden-brown color to it. Upon closer examination, there is a slight amount of mottling on the surface. This was a rugged looking wrapper. There wasn’t much in the way of oil on the surface. The wrapper had some thin visible veins as well as some visible wrapper seams.

The band of the La Unica has a yellow color with gold trim. The center of the band has a circular shape with black trim. Sitting on that circular field is a black oval with the #400 in gold font. The #400 represents the vitola name and the number will vary depending on the number. Above the oval is the text “LA UNICA” in black font with red rim arranged in a curved fashion. The lower part of the band contains the text “DOMINICAN PRIMEROS” in red font surrounded by a black divide above and below it. The left side of the band had the text “HAND MADE” in red font and the right side has the text “DOMINICAN REPUBLIC” – also in red font.

Prior to lighting up the La Unica No. 400 Natural a straight cut was used to remove the cap of the cigar. Once the cap was detached, it was on to the pre-light draw. The dry draw delivered a mix of wood, cedar, cream, and citrus. Overall this was a satisfactory pre-light draw experience. At this point, it was time to light up the La Unica No. 400 Natural and see what the smoking experience would have in store.

During the second third, there was a gradual increase in the cedar. The citrus notes held on in the forefront for a while, but the cream notes did recede into the background. The wood and black pepper notes remained in the background. There was a slight bitter component that surfaced on the wood notes.

The last third of the La Unica No. 400 Natural saw the citrus notes take over. The citrus, cedar, wood, and pepper provided the secondary notes. The wood notes still added some bitterness into the mix, and at times the balance did seem off. This is the way the La Unica No. 400 came to a close. The resulting nub was slightly soft to the touch and cool in temperature. 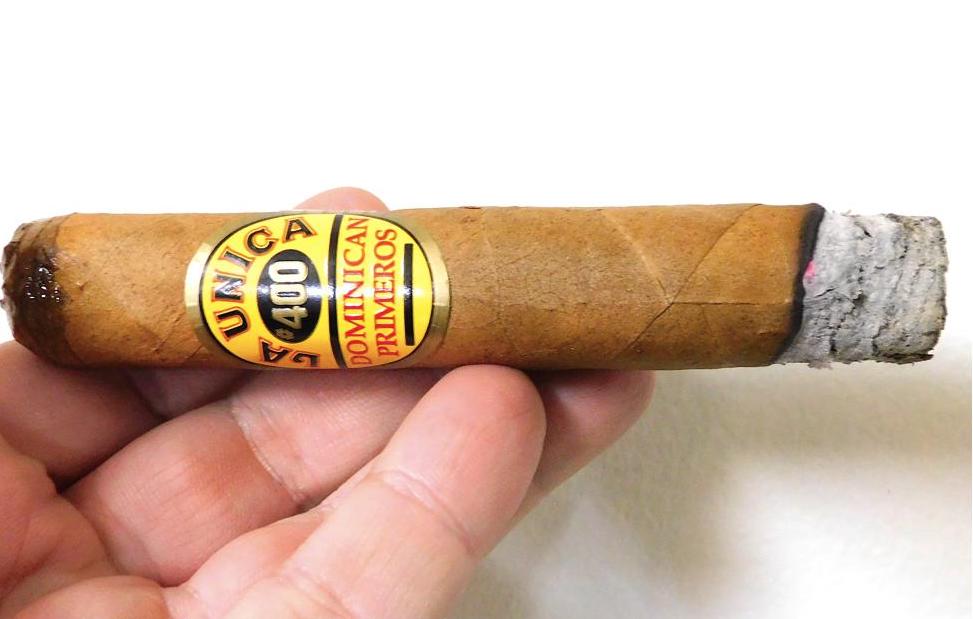 In order to maintain a straight burn path, the La Unica No. 400 Natural did require some touch-ups along the way. At the same time, the number of touch-ups was not excessive. The resulting ash wasn’t overly firm, but it wasn’t loose nor flaky either. The burn rate and burn temperature were both ideal.

The draw of the La Unica No. 400 Natural was on the open side. At the same time, this was not what I would describe as a loose draw. There were no adverse effects in terms of combustion or burn rate.

The La Unica No. 400 Natural is not the prettiest cigar, and while appearance doesn’t factor into the score, I’ll be honest, it’s not the prettiest cigar experience either. This is not a bad cigar, but it is not one that is going to deliver any wow factor. On top of it, there were times where I found this to be very unbalanced. At $6.45, it’s not an overly expensive cigar, but there have been Connecticut cigars I’ve had that have outperformed this cigar. This is a cigar that still might appeal to some fans of Connecticut Shade cigars, but my recommendation is to try a sample first and see if this is for you.