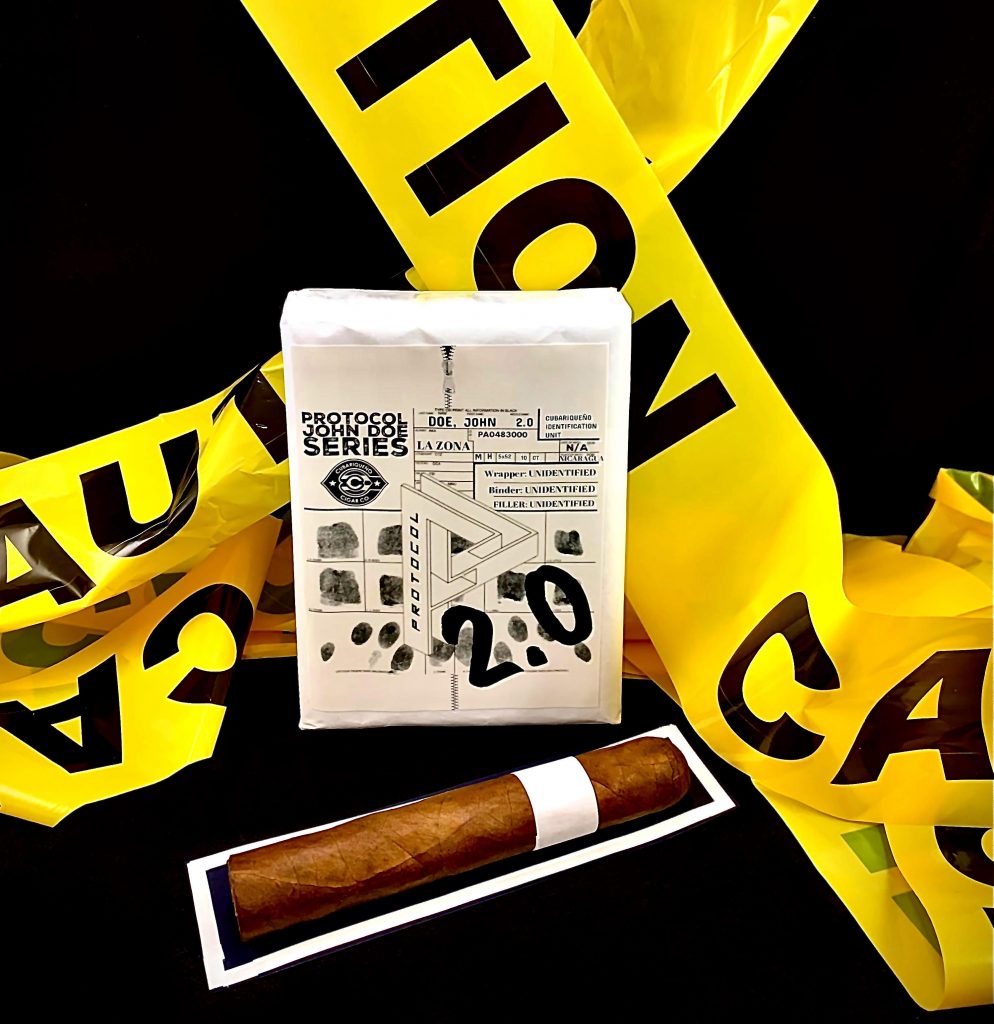 Protocol John Doe keeps to Protocol’s theme of law enforcement and is appropriate for the project. John Doe is the name given to an unidentified body until identification can be made by next of kin. The John Doe 2.0 is a cigar comes from the La Zona factory and is a 5 x 52 Robusto. The company is not releasing any information about the blend or tobaccos used. Keeping to the spirit of being unidentifiable, the cigars feature a plain white band.

A total of 225 ten-count bundles are being released. Pricing is set at $92.50 per ten-pack bundle. The release is scheduled for a Saturday, July 11th event at Omerta Cigar Company and will also be available at the company’s website, www.purocigarhouse.com. Bundles and single cigar sales will be available to the public on a first come, first served basis.

“We are excited and honored to have been selected by our great partners in the industry for this phenomenal release. We look forward to a great rollout event and being a part of Protocol’s rise in the industry especially here in the MidWest! Thank you Kevin (Keithan) and Juan (Cancel) for this opportunity,” commented Jarrett Jackson Managing Partner Omerta Cigar Co in a press release.

The first John Doe cigar was released in January 2019. At the time the cigars were announced, Protocol sold through 300 ten-count bundles in less than a day.

At a glance, here is a look at the Protocol John Doe 2.0: