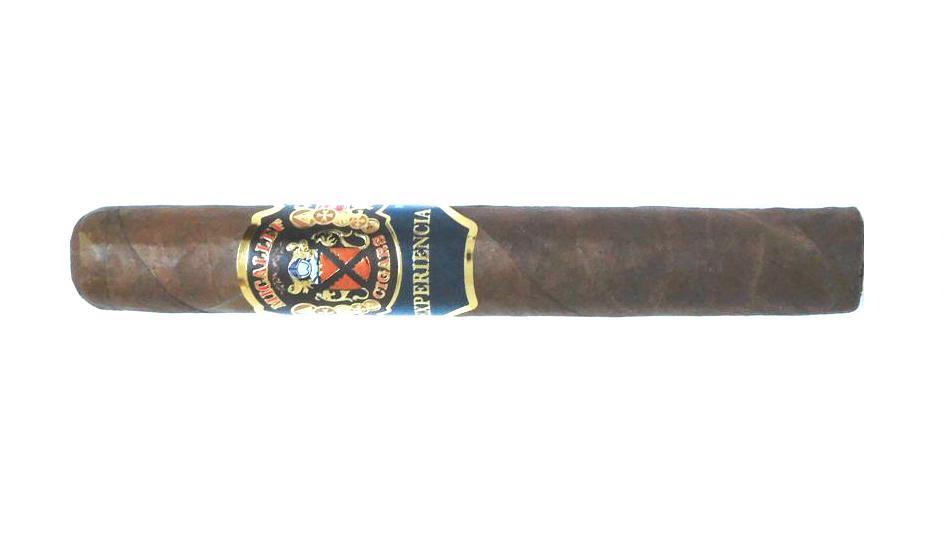 At the 2019 Tobacco Products Expo (TPE) in Las Vegas, Nevada, Micallef Cigars would unveil a series of line extensions to its Micallef Experiencia La Crema line in the form of a Robusto, Toro, and Gordo. Micallef Cigars was introduced to the cigar scene almost four years ago. The company is the brainchild of Texas-based entrepreneur Al Micallef. Micallef Cigars made a big splash when the company made its debut at the 2017 IPCPR Trade Show. The company partners with the Gómez-Sanchez family in Nicaragua to handle its production, and the company also handles its own distribution out of its warehouse in Weatherford, Texas just outside the Ft. Worth area. Today we take a closer look at the Micallef Experiencia La Crema in the Toro size.

Micallef originally launched two offerings under the Micallef Experiencia line – there was the Experiencia La Crema, which was launched in a 7 x 52 Churchill size and the Experiencia Prominente launched in a 5 1/2 x 58 line. Both are distinct blends with the La Crema highlighted by a San Andres Sumatra wrapper while the Prominente features a Nicaraguan Habano wrapper. Since then La Crema has grown with the addition of the Robusto, Toro, and Gordo line extensions.

Without further ado, let’s break down the Micallef Experiencia La Crema Toro and see what this cigar brings to the table.

The blend to the Micallef Experiencia La Crema is quite intriguing. It consists of tobaccos from five countries – each aged for four years. The San Andrés Sumatra wrapper isn’t something very commonly seen on premium cigars. In addition, the Experiencia incorporates tobacco from Panama as a part of the filler. Production is handled out of the Micallef Cigars S.A. factory under the watchful eye of the Gómez-Sanchez factory in Estelí, Nicaragua.

With the expansion of the Micallef Experiencia La Crema, there are four sizes in the line. Each is presented in 20-count boxes.

The San Andres Sumatra wrapper of the Micallef Experiencia La Crema Toro had a dark wood color to it. There wasn’t much oil on the surface of the wrapper. The wrapper itself had a toothy look to it. There were some visible veins and the darker color of the wrapper did a good job at hiding the seams.

The cigar experience of the Micallef Experiencia La Crema Toro commenced by placing a straight cut to remove the cap. Once the cap was removed, it was on to the pre-light draw phase. The cold draw delivered berry sweetness, wood, and cedar notes. Overall this was a satisfactory pre-light draw experience. At this point, it was time to light up the Micallef Experiencia La Crema Toro and see what the smoking phase would have in store.

The start of the Micallef Experiencia La Crema Toro delivered a mix of berry, wood, cedar, and a slight mix of black and white pepper. Early on the combination of the berry and wood notes moved into the forefront. The cedar and pepper notes settled in the background. About midway through the first third, some cocoa powder notes also emerged in the forefront. This was the first point where there was some creamy texture. Meanwhile, there was an additional layer of black pepper and berry on the retro-hale.

During the second third of the Micallef Experiencia La Crema Toro, the berry and wood remained in the forefront. The wood seemed to have a slight edge throughout this part of the experience. The cocoa, cedar, and pepper notes remained secondary. Just past the midway point, the creamy texture that had emerged early on had dissipated. There was an increase in the cedar and pepper notes. The cocoa notes remained in the more distant background.

As the cigar moved into the final third, the pepper and cedar notes nudged past the berry and wood notes. While the spice had the edge, it wasn’t overly aggressive. There still were hints of cocoa in the more distant background. This is the way the Micallef Experiencia La Crema Toro came to a close. The resulting nub was slightly soft to the touch and cool in temperature.

While there was an occasional wave on the burn line, the Micallef Experiencia La Crema Toro had no trouble maintaining a straight burn path. This was a cigar that was not in need of excessive touch-ups. The resulting ash had a salt and pepper color. This wasn’t an overly firm ash, but it was not a loose nor flaky ash either. The burn temperature was ideal. This was a slow-burning cigar, taking 1 hour 57 minutes average to smoke. The slow burn had no adverse effects as it simply resulted in a longer smoking time. 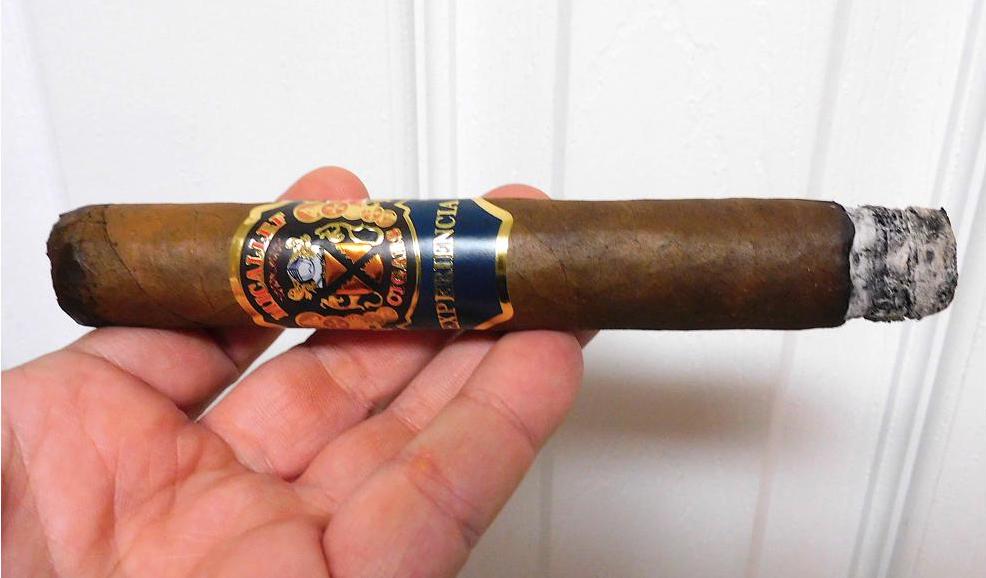 The draw to the Micallef Experiencia La Crema Toro can best be described as open, but not loose. It was a low maintenance cigar to derive flavor from. I still was surprised at the slower rate this cigar burned with a more open draw.

One thing that did not affect my assessment is I did not find the Micallef Experiencia La Crema Toro to be a cigar that delivers a large amount of creamy notes. There was what I term a “creamy texture” and softness to the flavor profile – particularly during the first half of this cigar, but by the second half, it dissipated.

This is a unique blend – the San Andres Sumatra wrapper combined with some Panamanian tobaccos in the filler is something I never had before. That being said, it did result in a unique flavor profile. The flavors in the first half were quite balanced and enjoyable. The second half saw the cigar become more ordinary and average as well as less balanced due to an increase in spice. Still, this is a cigar that I could recommend any cigar smoker giving a try. As for myself, there still was enough going on here where I would pick this cigar up and buy it again. However, I’m more inclined to reach for some of the other sizes offered in this line.