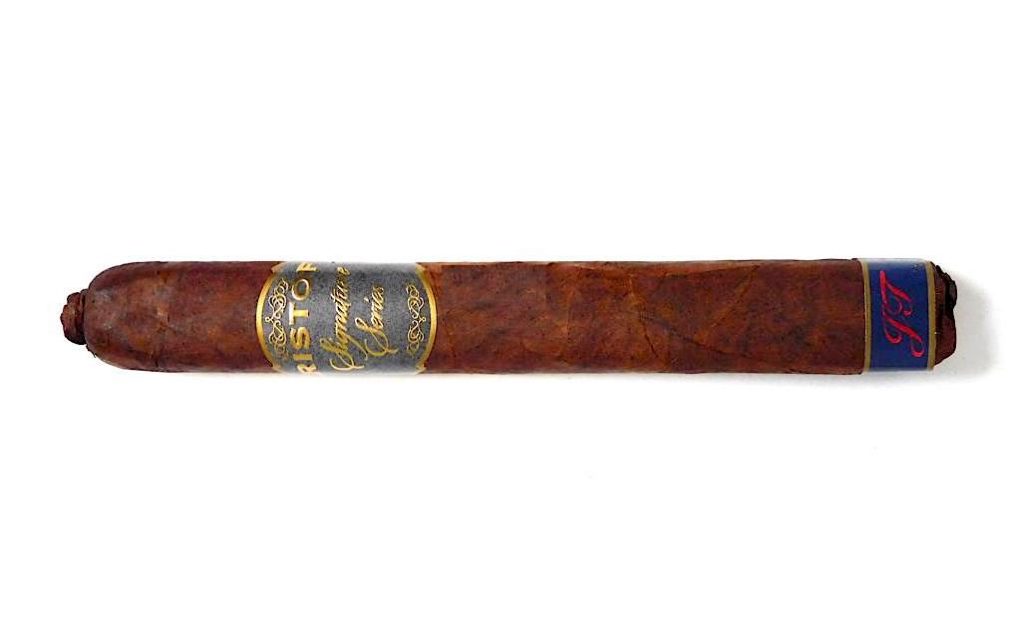 Without further ado, let’s break down the Kristoff JT Signature Series and see what this cigar brings to the table.

Like most Kristoff blends, the JT Signature Series is a multi-national one. It features an Ecuadorian HVA (Havana Vuelta Abajo) wrapper over a Sumatra binder and a combination of Mexican and Dominican fillers. Production is handled at the Charles Fairmorn factory – a factory that has produced the lion’s share of Kristoff’s blends over the years.

The Kristoff JT Signature is offered in one size – a 6 1/4 54 box-pressed Toro Extra.

The Ecuadorian HVA wrapper of the Kristoff JT Signature Series had a coffee bean color to it. There was a light amount of oil on the surface of the wrapper. There was also some significant mottling on the surface of this wrapper. The wrapper itself was on the smooth side with any visible veins on the thin side and void of any significantly visible wrapper seams. The cigar itself had soft trunk-press to it. The cigar had Kristoff’s signature closed foot and signature swirled pig-tail cap.

The secondary band surrounds the footer. It is blue in color with the text “JT” in red font.

As opposed to pulling the pigtail cap off of the Kristoff JT Signature Series, a straight cut was used to remove the entire cap. Once the cap was removed, it was on to the pre-light draw. The dry draw delivered notes of earth, black pepper, and a slightly bitter natural tobacco note. This was not the most exciting pre-light draw, but since the pre-light draw is not factored into the merit score or value rating, there was no loss of points here. At this point, it was time to remove the footer band of the Kristoff JT Signature Series, light up the cigar and await what the smoking phase would have in store.

There was a nice assortment of flavor notes that kicked off the experience of the Kristoff JT Signature Series. The cigar delivered a mix of earth, black pepper, natural tobacco, baking spice, citrus, and graham cracker. There was no dominant note early on but by the middle of the first third, the citrus notes took a slight edge. On the retro-hale, there was an additional layer of baking and citrus.

As the Kristoff JT Signature entered the last third, the earth notes took over as the primary note. The natural tobacco joined the citrus and black pepper in the background. The citrus was much less prominent than it had been early on. While the graham cracker and baker’s spice were gone, the other secondary notes rounded off the earth notes very nicely. This is the way the Kristoff JT Signature came to a close. The resulting nub was slightly soft to the touch and cool in temperature.

The burn of the Kristoff JT Signature Series scored well. This was a burn that maintained a straight burn path and a relatively straight burn path without requiring frequent touch-ups. The resulting ash was light gray with a few dark spots. This wasn’t an overly firm ash, but it wasn’t a loose nor flakey one either. The burn rate and burn temperature were both ideal. 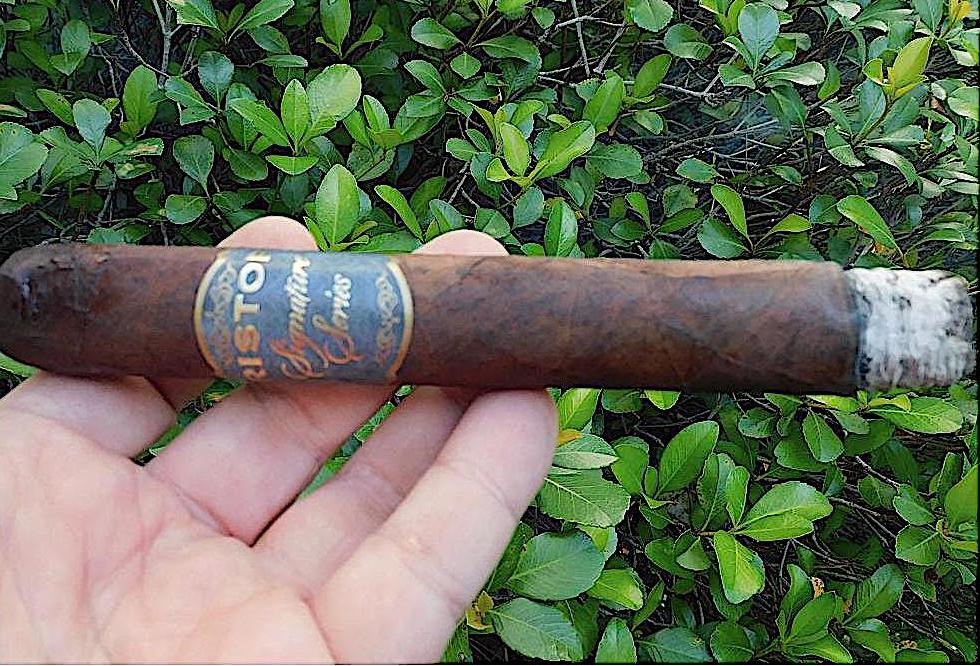 The draw of the Kristoff JT Signature Series was skewed more toward the open side. Most of the time I prefer a little more in the way of resistance on the draw. In the end, this was more of a personal preference and there were no issues that had a negative impact on the performance of the cigar.

My first experience with the Kristoff JT Signature Series was at the 2019 IPCPR Trade Show. At the time I had found it a pretty bold cigar close to the full level for both strength and body. Recently putting the JT Signature Series through a formal assessment cycle, I found this cigar had mellowed, becoming a cigar on the upper end of medium. There wasn’t much in the way of variance between the strength and body levels. Both the strength and body balanced each other nicely with neither attribute overshadowing the other.

I’ll put this out on the table to start. I am not a fan of event-only cigars. The majority of them have disappointed me – especially in the cases where I have to purchase a certain amount of product just to have the right to buy some limited inferior cigar. Getting that out of the way, the Kristoff JT Signature Series is not one of those cigars that have let me down. It delivered great flavor, a nice amount of complexity, and had very good construction. What I like even better is that a retailer who does a Kristoff event with Jarrid Trudeau can have the right to continue to carry the product. This is an excellent cigar and one that I could recommend to any cigar enthusiast. I also think this cigar will very much satisfy the Kristoff fan. As for myself, this is a cigar I’d smoke again and buy multiples of.