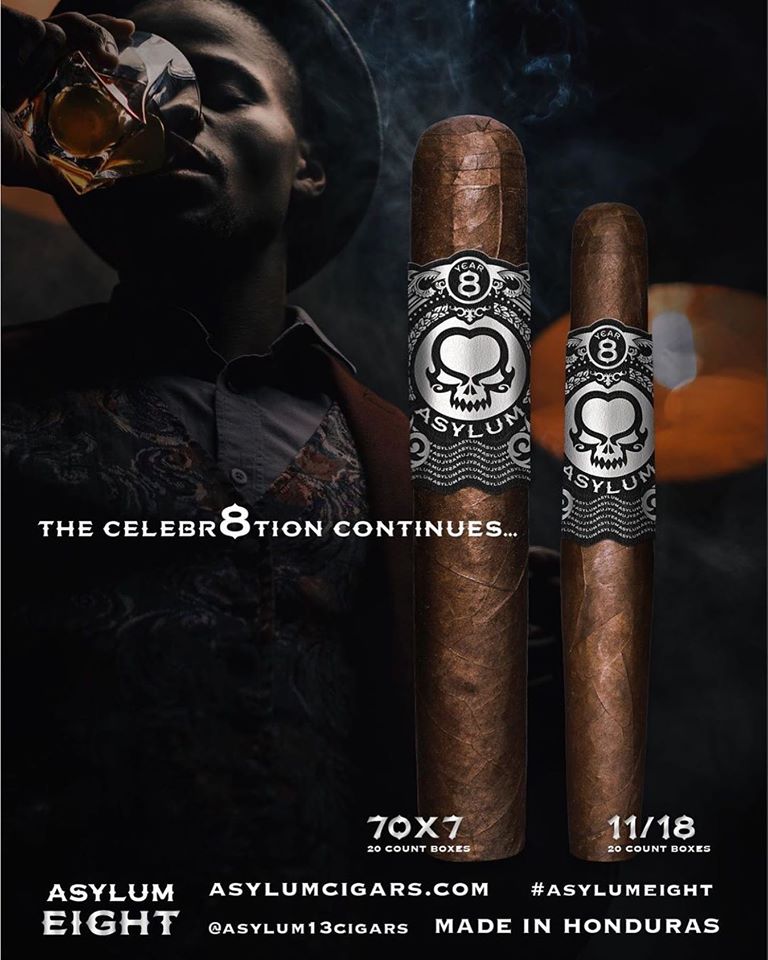 Asylum Eight continues on the theme of Asylum Seven, which was meant to introduce an ultra-premium big-ring cigar into the market.