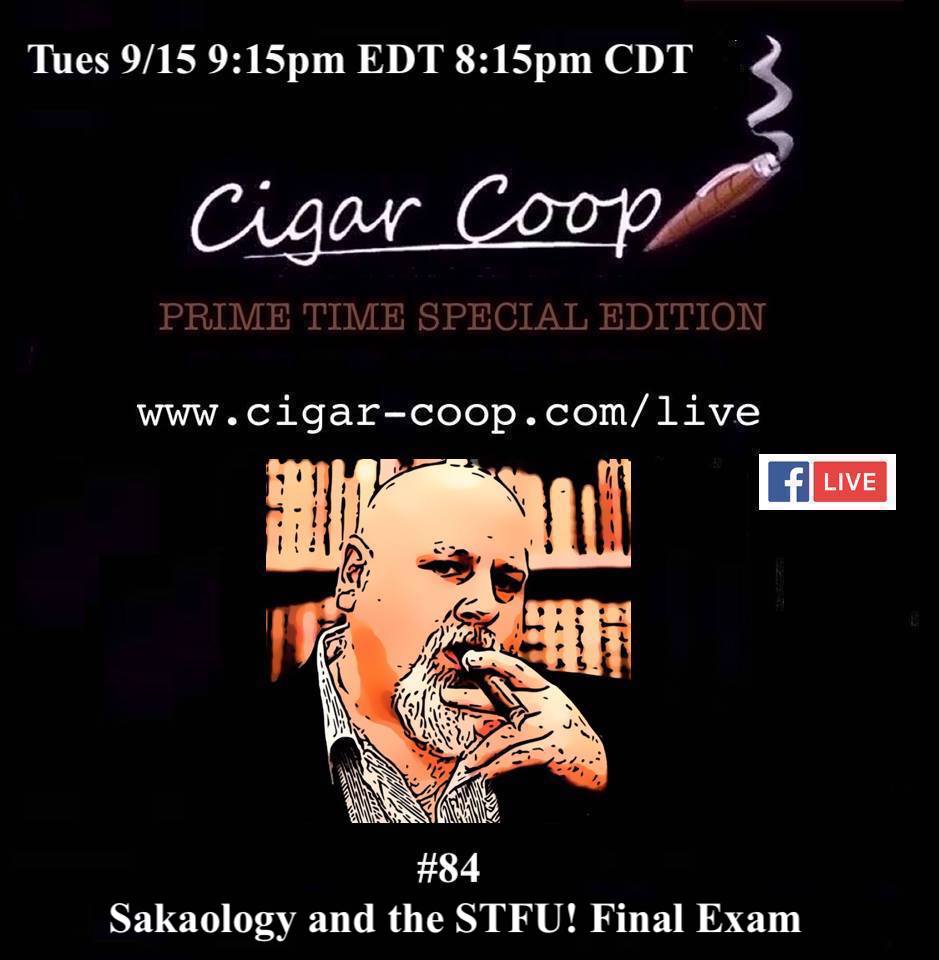 Since its release, there’s been speculation about whether or not Dunbarton Tobacco & Trust’s Sobremesa Brûlée contains a sweetened tip or not. Saka has said for months that the tip is not sweetened. Now Saka is giving his fans an opportunity to smoke sweetened and unsweetened versions of the Sobremesa Brûlée with the release of the STFU!!! Sampler. The catch is we don’t know which cigar is which, so its up us to figure it out – therefore, we will take the challenge live on the air and try to identify what is not-sweetened, sweetened, and double-sweetened.

**NOTE: If you want to avoid spoilers, do not tune into the show live if you still are smoking the sampler. We advise tuning in live if you want to smoke along with us OR want to compare your results. You can always catch the show replay.

#teaserfree Alert: Saka is not scheduled to be guest on this show tonight.

Simultaneously, while smoking the pack we will go through something we call “Sakaology”.  We will review the entire Dunbarton Tobacco & Trust portfolio and discuss what makes it unique.

All of this on the newsmagazine show for the cigar industry – Prime Time Special Edition. Tune in on Facebook for the live stream. You can always catch the replay on Facebook, Google Play Music, iTunes, Podbean, and YouTube.