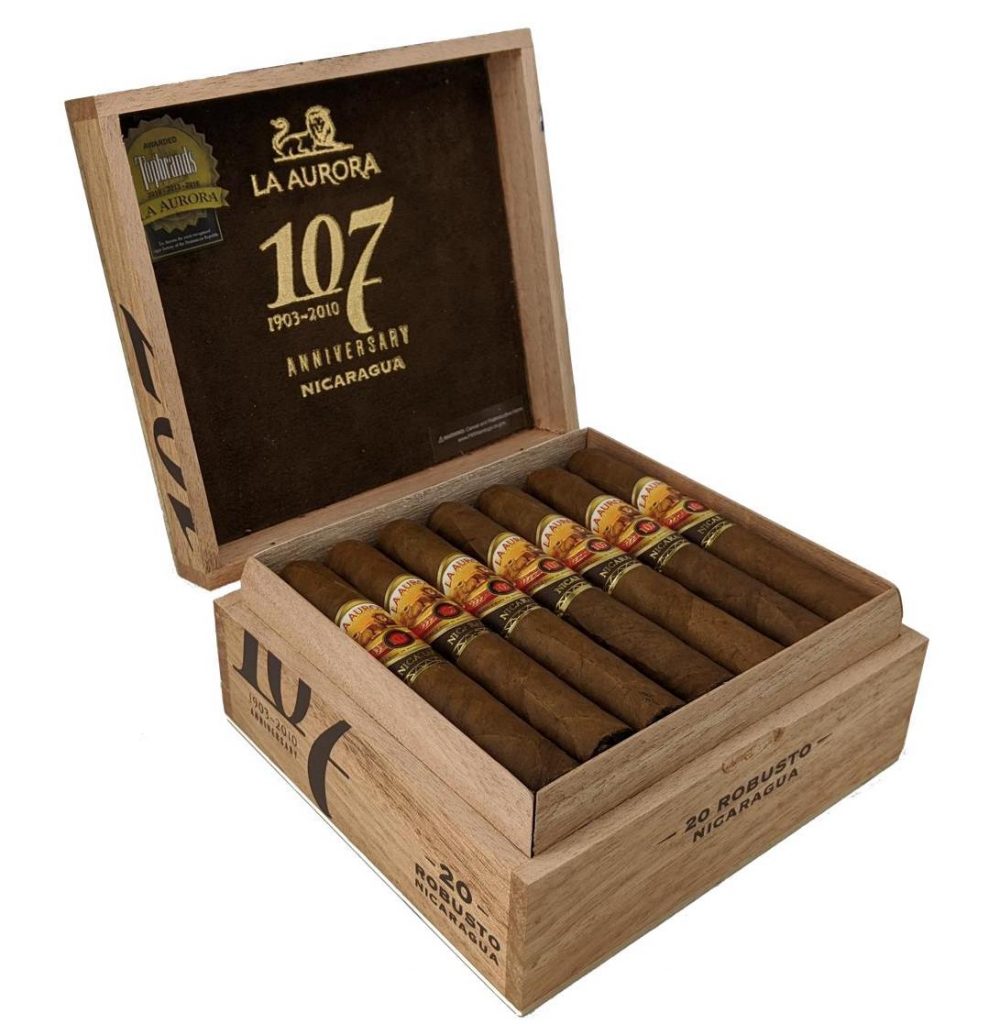 “This cigar takes you through a world of tastes and aromas all in unique harmony,” noted Manuel Inoa, La Aurora Master Blender, in a press release. “Spicy and peppery notes, combined with those of creamy chocolate and coffee essences blended with hints of wood all in balance make this smoke a true delight. We are always looking to broaden our customers horizons through knowledge and experience, and this time we continue our mission with 107 Nicaragua. It’s a truly remarkable cigar.”

Jason Wood, VP of Miami Cigar and Company, La Aurora’s U.S. Distribution partner added, “We’re so excited to be part of such a momentous release for La Aurora. 107 Nicaragua is a real showcase of what the artisans at La Aurora are capable of, and we can’t wait to share it with our retail partners and consumers.”

The La Aurora 107 Nicaragua features a Nicaraguan Habano wrapper, with a Nicaraguan binder and all-Nicaraguan filler. It is presented in 20-count boxes available in three sizes:  Robusto, Toro, and Gran Toro, 107 Nicaragua will retail in the United States at a suggested retail of $8.50 to $10 per cigar.

La Aurora 107 Nicaragua will go on presale immediately, with a virtual National Launch Event for retailers set for October 7th (10/7), 2020 at 2 PM ET.

At a glance, here is a look at the La Aurora 107 Nicaragua: