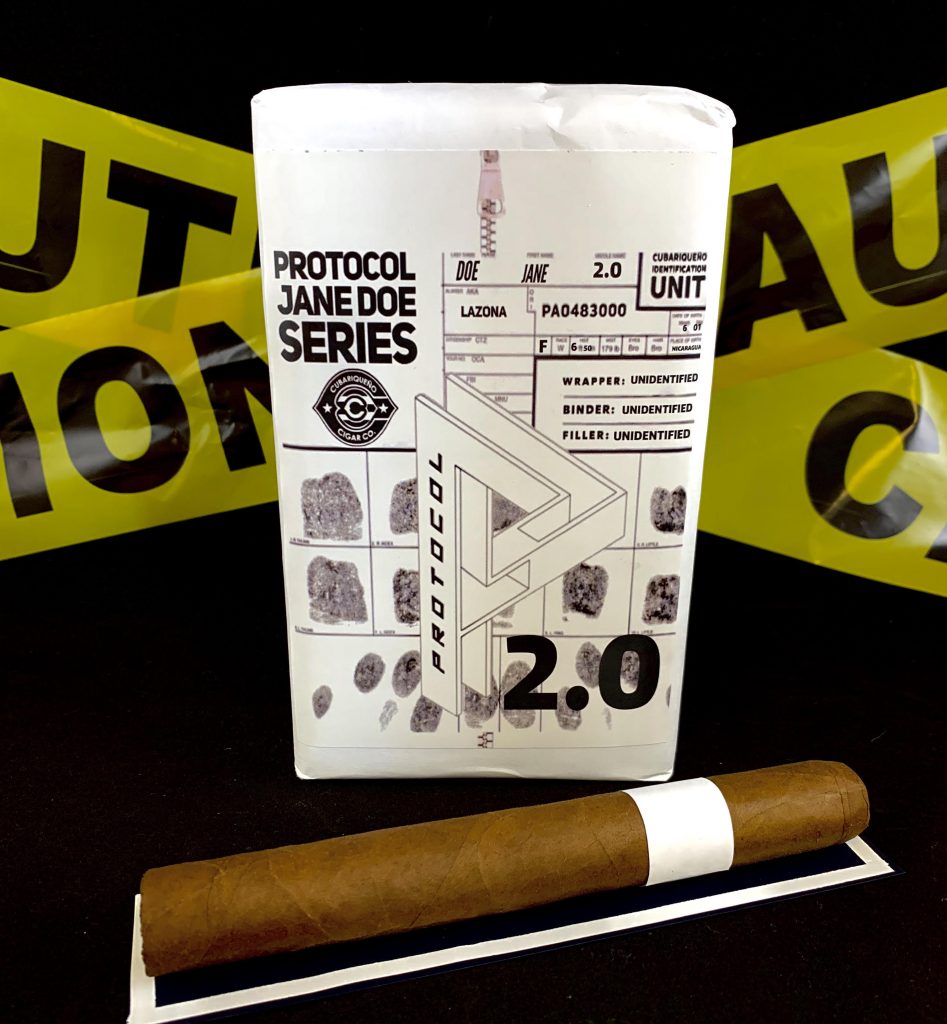 Protocol Jane Doe keeps to Protocol’s theme of law enforcement and is appropriate for the project. Jane Doe is the name given to an unidentified female body until identification can be made by next of kin. The Jane Doe 2.0 is a cigar that comes from the La Zona factory and is a 6 x 50. The company is not releasing any information about the blend or tobaccos used. Keeping to the spirit of being unidentifiable, the cigars feature a plain white band.

A total of 200 ten-count bundles are being released. Pricing is set at $89.99 per ten-pack bundle. The release is scheduled for a Thursday, October 1st Virtual Event hosted by Abe Dababneh, owner of Smoke Inn, on Zoom. Bundle sales will be available to the public on a first come, first served basis.

“Smoke Inn is happy to partner with Protocol Cigars on this latest installment of the Jane Doe Series. I strive to offer my customers unique projects like this to give them a one of a kind smoking experience and this project does that perfectly” said Abe Dababneh, owner of Smoke Inn in a press release.

Kevin Keithan, co-owner of Protocol Cigars, added “Staying true with the original Jane Doe, the Jane Doe 2.0 is a very elegant and sophisticated smoking experience. This may be the best release yet in the Doe Series to date and at only 200 bundles it’s going to be gone in minutes. It’s definitely been my favorite Doe thus far.”

At a glance, here is a look at the Protocol Jane Doe 2.0: