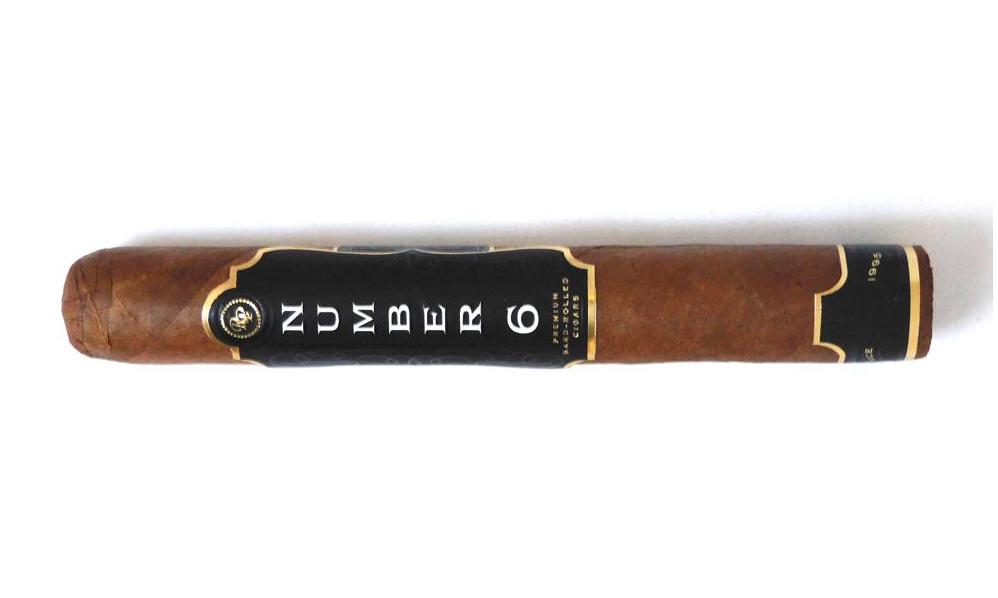 Over the years, Rocky Patel Premium Cigars has been known to introduce a wide variety of brands into the market. I remember once asking company founder Rocky Patel why he introduced so many brands and he told me there are so many great blends and blend derivations that they have come up with and that he wanted to share the better ones with his consumers. At the 2019 IPCPR Trade Show, it didn’t come as a total surprise when the company would unveil two cigars named for the blend codes. These cigars are the Rocky Patel Number 6 and the Rocky Patel LB1. Today we take a closer look at the Rocky Patel Number 6 in the Robusto size.

Over the past few years, Rocky Patel Premium Cigars has placed a lot of attention on its Tabacalera Villa Cuba S.A. (TAVICUSA) factory. This is a boutique factory owned and operated by Rocky Patel in Estelí, Nicaragua. Sometimes we lose sight that Rocky Patel still does a majority of its production up in Danlí, Honduras, at El Paraiso. El Paraiso is a 120,000 square foot facility that is leased to Rocky Patel by the Plasencia family. The Number 6 and LB1 are two brands that come out of Honduras.

Without further ado, let’s break down the Rocky Patel Number 6 Robusto and see what this cigar brings to the table.

The Rocky Patel Number 6 is offered in five sizes. Each is presented in 20-count boxes. One difference with the Churchill vitola compared to the other four sizes is that the Churchill has an unfinished footer.

The Honduran Corojo wrapper of the Rocky Patel Number 6 Robusto had a medium-shade of brown color to it. Thee was a very light sheen of oil on the surface of the wrapper.This was a wrapper that also had a relatively smooth surface on it. Any visible veins or visible wrapper seams were on the thin side.

The Rocky Patel Number 6 has two bands. The primary one is a large band where part of it covers about half of the length of the Robusto size. Both bands have a black background. At the top of the band is a gold “RP” circular logo. Going down the length of the band vertically is the text “NUMBER 6” in white font. There are some additional black embossments on the band as well. The band is finished with gold trim.

The secondary band is located around the footer. it has a black embossed “RP” circular logo. Surrounding the logo is the text “SINCE” on the left side and “1996” on the right side. Both are in gold font. It has gold trim on the upper and lower edge of the black background of the band.

A straight cut was used to commence the cigar experience of the Rocky Patel Number 6 Robusto. Once the cap was removed, it was on to the pre-light draw experience. The cold draw delivered a mix of sweet natural tobacco and earth. The sweetness from the natural tobacco had almost a mixed fruit quality to it. Overall this was a straightforward, but satisfying pre-light draw. At this point, it was time to remove the footer band of the Rocky Patel Number 6 Robusto, toast up the foot, and proceed into the smoking phase.

The Rocky Patel Number 6 Robusto started out with a combination of sweet natural tobacco, black pepper, earth, cedar, and floral notes. The sweet natural tobacco and earth notes moved into the forefront early on. The pepper and cedar notes settled in the background. The pepper notes were more prominent on the finish of the cigar as well as on the retro-hale.

The second third of the Rocky Patel Number 6 Robusto saw the natural tobacco and earth notes remain in the forefront. During this stage, some of the sweetness diminished and there was a slight bitter component that emerged. The bitterness never became overpowering during the smoking experience. Meanwhile the pepper notes continued to gradually increase in intensity.

By the final third, the pepper notes joined the natural tobacco in the forefront. The natural tobacco maintained a good balance of sweetness and bitterness. There still were notes of earth and cedar in the background. This is the way the smoking experience of the Rocky Patel Number 6 Robusto finished up. The resulting nub was soft to the touch and slightly warm in temperature.

The Rocky Patel Number 6 had somewhat of a jagged-burn line. While this was remedied with touch-ups, there were more frequent touch-ups required than I prefer. At the same time, the Number 6 Robusto was never in danger of going off the burn path. The resulting ash was a medium-gray color. This was an ash that wasn’t overly firm, but it wasn’t loose either. The burn rate was ideal. As for the burn temperature, it remained ideal until the nub where it got slightly warm. 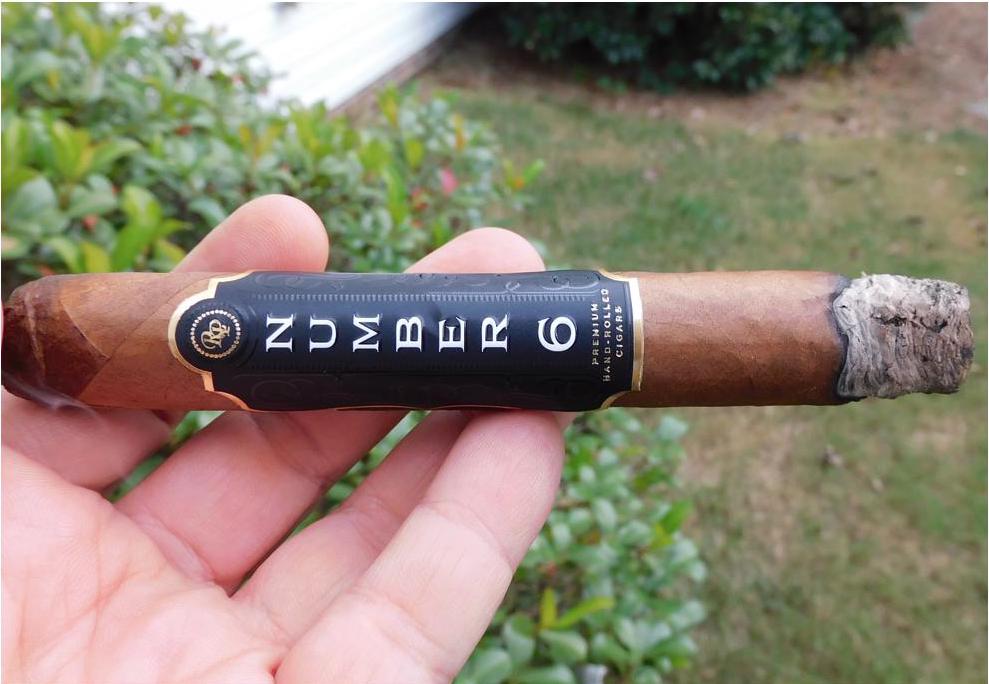 The draw of the Rocky Patel Number 6 Robusto was excellent. It had a touch of resistance to it – which is something that I like. There was also an ample amount of smoke produced from this cigar.

Strength-wise, the Rocky Patel Number 6 Robusto falls dead-center medium. However, this is a cigar where the flavors had some depth on the palate – resulting in a medium to full-bodied smoke from start to finish. Throughout the smoking experience, there wasn’t much in the way of variance of intensity levels of the strength and body.

In terms of strength versus body with the Rocky Patel Number 6 Robusto, the body maintained the edge from start to finish.

I’ve heard many people complain when there is a lot of spice up-front in a cigar. I take a similar position when it comes to sweetness. In either case, it is a sign for me that I could be in for a unbalanced flavor profile. This was the case with the Rocky Patel Number 6, but this did correct itself and it made for a much better cigar – particularly in the second third. Once things balanced off, the smoking experience was bette, but nothing to take it to the next level. In the end, this is a cigar I would steer to a more seasoned cigar enthusiast, but I wouldn’t discourage a novice from trying. As for myself, this is a cigar that I would still smoke and buy one to smoke as well. At the same time, this is a cigar that I feel can appeal in some of the other sizes.