“When the HVC 500 Years Anniversary was released in November (2019), there was little doubt that (Reinier) Lorenzo had another hit on his hands. As I smoked this cigar….it has continued to get better and better.” 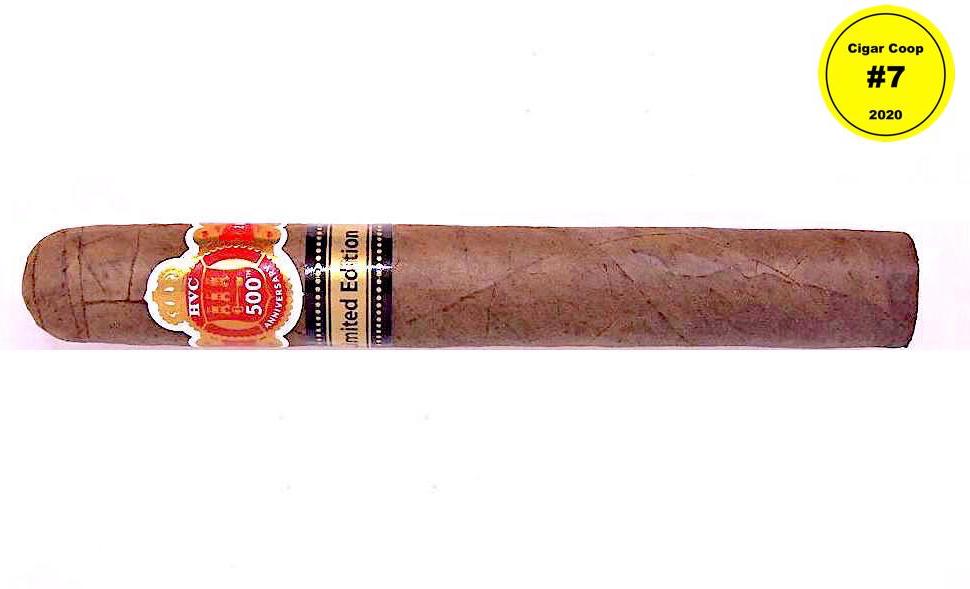 Coming in at #7 is the HVC 500 Years Anniversary Teseros. Founded by Reinier Lorenzo, HVC Cigars pays homage to the city of Havana in Cuba. In 2019, Havana would celebrate its 500th anniversary as a city. To commemorate the occasion, Lorenzo created a blend appropriately called the HVC 500 Years Anniversary. It’s a limited production line. The first size, the Teseros (Toro), was released in November 2019, and it lands on this year’s Countdown.

Flavorwise, the HVC 500 Years Anniversary Teseros delivered a flavor profile of natural tobacco, earth, fruit sweetness, baker’s spice, and black pepper. The flavors start medium-bodied before progressing to medium to full in the second half. This is countered by medium strength.

The HVC 500 Years Anniversary Teseros, lands HVC Cigars on the Countdown for the second year in a row and second time overall. It is also the first TABSA produced cigar to land on the 2020 Countdown.

HVC added two additional sizes to the 500 Years Anniversary, and while the Teseros is still quite hard to get, it’s one that has responded well to age – and one you will want in your collection.