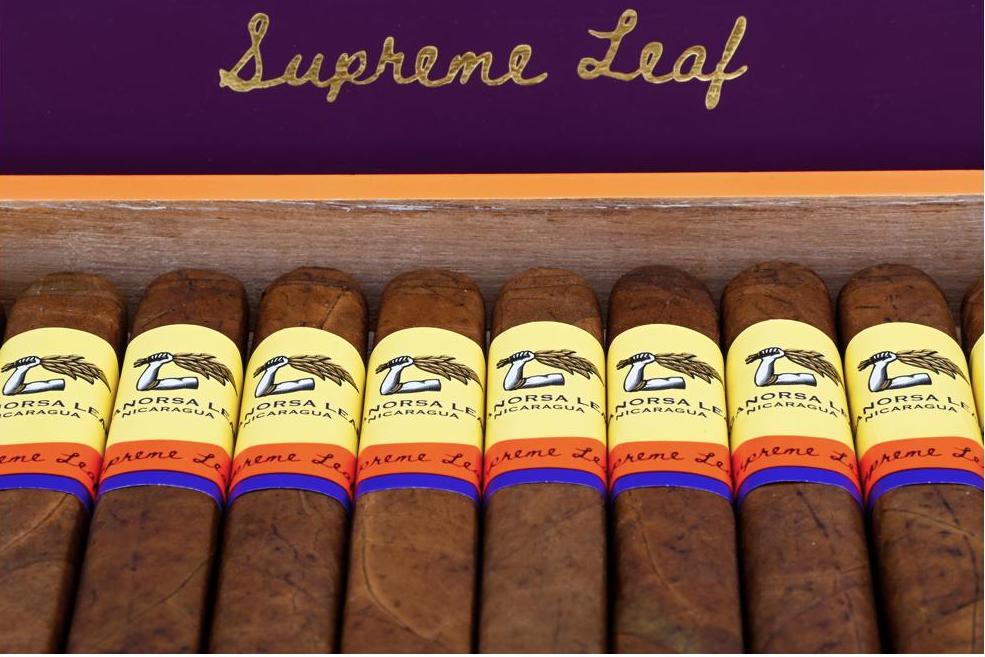 In 2020, Aganorsa Leaf released Supreme Leaf – a limited production line that quickly became one of the company’s most sought-after productions. Today, the company announced a third size will be added in the form of a box-pressed Corona Gorda.

The initial size, the Supreme Leaf Robusto, was launched at the 2020 Tobacco Plus Expo (TPE). The initial 500 box allocation of the Supreme Leaf Robusto sold out at TPE, and the cigars essentially flew off the shelves. This past summer, a second allocation was done in a Toro size. The allocation for the Toro was increased three-fold to 1,500 boxes – and those boxes sold out for Aganorsa Leaf and retailers almost as quickly. As a result, the Aganorsa Leaf Supreme Leaf was one of the tougher limited editions to get hold of in 2020.

For the Supreme Leaf Corona Gorda, a 6 x 46 vitola, production has been increased to 2,000 ten-count boxes. The Corona Gorda will use the same blend of 100% Aganorsa-grown tobaccos as the Robusto and Toro. 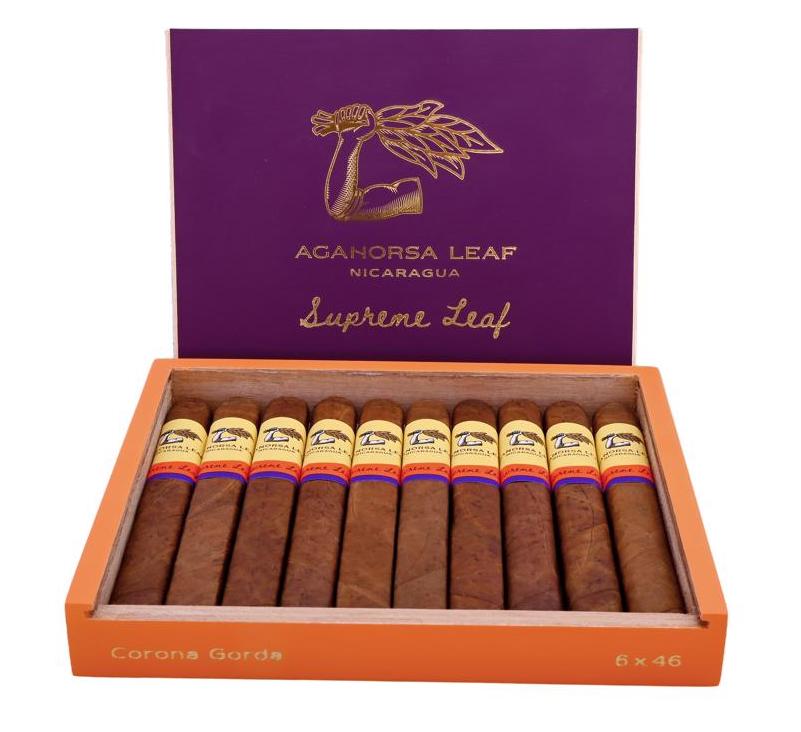 “Demand for Supreme Leaf continues to grow,” stated Terence Reilly, Vice President of Sales and Marketing in a press release. “We heard a lot of requests for the next size to be under a 50 ring gauge so we listened and decided on a 6 x 46, a vitola that just so happens to be my personal favorite as well.”

Pricing for the Supreme Leaf Corona Gorda is set at $10.50 per cigar. The cigar is expected to ship in February 2021:

At a glance, here is a look at the Aganorsa Leaf Supreme Leaf: