A total of 300 ten-count boxes of The Chinese Finger Trap 2 have been produced. The cigar is a Toro size featuring an undisclosed blend. 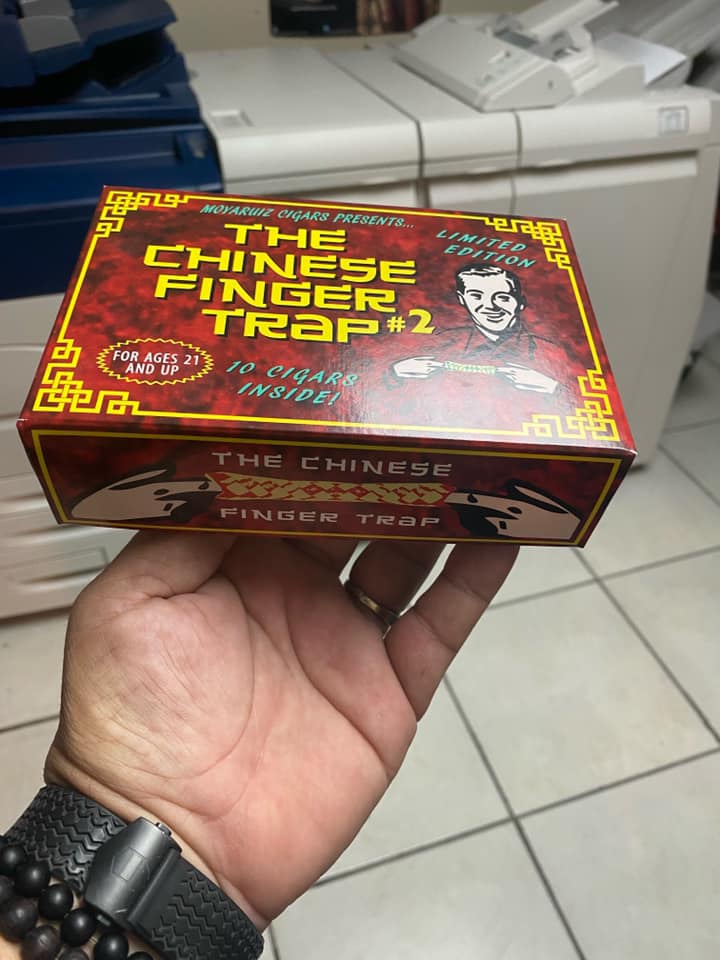 “Due to the challenges that COVID-19 has brought so many businesses including ours, we decided to start 2021 on a positive note,” commented MoyaRuiz in a press release. “Now more than ever we need to support family run small businesses. We couldn’t be prouder to have partnered up with the Lewis Family for this special release.”

The Chinese Finger Trap was last released back in 2015.