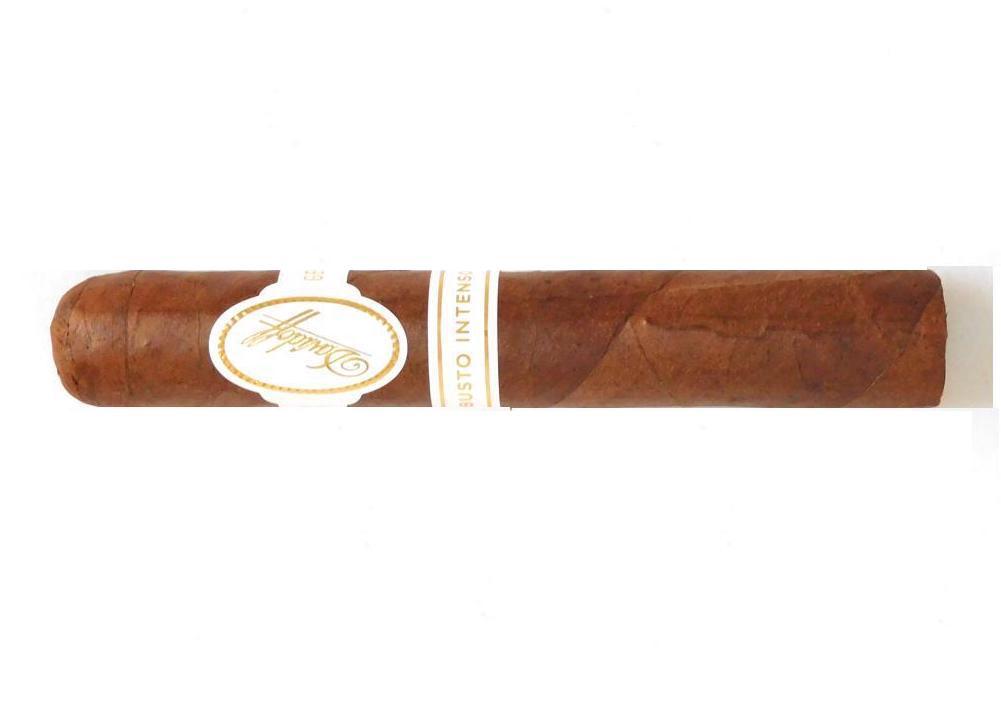 Over the past three years, the brands of Davidoff have been reaching back into the archives and re-creating some of its classic limited releases or discontinued lines. Several of these releases have been released through the Davidoff Vault Series, a small batch release program that has had several of these releases done via bundles. With some of the larger allocations of the re-releases, Davidoff has gone a traditional route and have re-released through its Appointed Merchants and Flagships stores with more traditional packaging. Today we take a look at a cigar that has come through the traditional route – the Davidoff Robusto Intenso.

The Davidoff Robusto Intenso was first release in 2005. It is highlighted by six different tobaccos in the blend including five from the Dominican Republic. It was one of the earlier Davidoff Cigars to use the company’s proprietary 702 wrapper.

Without further ado, let’s break down the Davidoff Robusto Intenso and see what this cigar brings to the table.

The 702 wrapper is a Habano wrapper grown in Ecuador exclusively for Davidoff. It originates from Finca San Juan in the Ecuadorian province of Cotopaxi. The remainder of the tobaccos for the binder and filler originate from different regions and seeds in the Dominican Republic.

The Davidoff Robusto Intenso is offered in one size – a 5 1/8 x 52 Robusto (the same size as the original). The cigars are presented in 10-count boxes as well as a five-count box option for Global Travel Retailers. 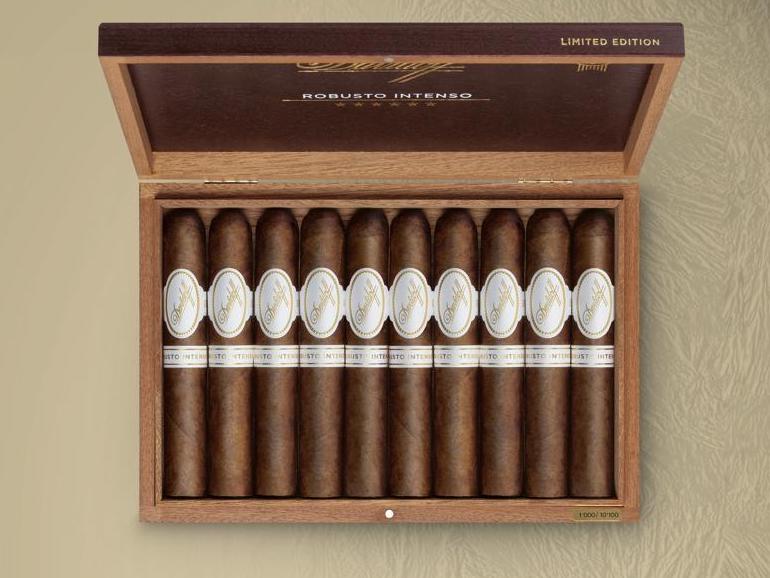 There are two bands on the Davidoff Robusto Intenso. The first band uses the design of the Davidoff White label band. It features the name “Davidoff” in classic cursive gold font on an oval field of white. There are small gold circles going around the perimeter of the oval. The word “LIMITED EDITION” (in gold font) flanks to the left of the oval field. To the right of the oval is the text “GENEVE.”

The second band is also white with gold font and gold pinstripes near the top and bottom. On the center of the band is the text “ROBUSTO INTENSO” going across it.

A straight cut was used to commence the cigar experience  of the Davidoff Robusto Intenso. Once the cap was removed with the cut, it was on to the pre-light phase. The cold draw delivered a combination of cedar, hay, graham cracker, and a slight amount of anise. Overall this was an excellent pre-light draw experience. At this point it was time to time to light up the Davidoff Robusto Intenso and see what the smoking phase would have in store.

The Davidoff Robusto Intenso began where the pre-light draw left off with more notes of cedar, anise, hay, and graham cracker. In addition, there was a slight savory quality present. The cedar and anise became primary with the hay, graham cracker and savory notes settling in the background.The retro-hale delivered additional layers of anise and cedar as welll as some red pepper.

The last third saw the cedar and black pepper in control. There were still some notes of hay and, to a lesser extent, anise and graham cracker. This is the way the Davidoff Robusto Intenso came to a close. The resulting nub was slightly soft to the touch and cool in temperature.

There was some meandering on the burn path of the Davidoff Robusto Intenso. In addition, there was a slight amount of unevenness. This required some touch-ups along the way. The touch-ups did the trick, but there were more touch-ups than I preferred. The resulting ash wasn’t overly firm, but it wasn’t loose nor flaky either. The burn rate and burn temperature were both ideal. 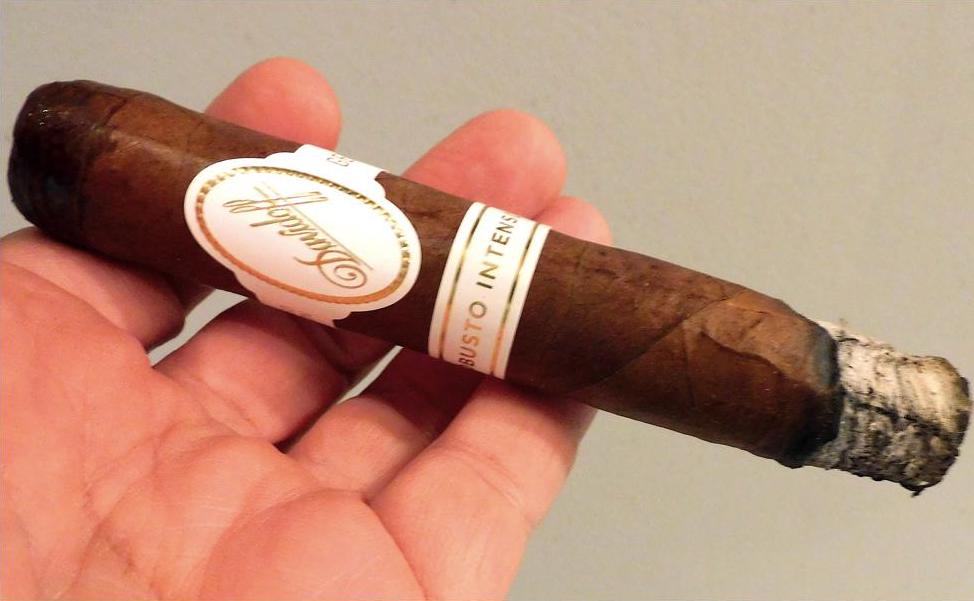 Burn of the Davidoff Robusto Intenso

The draw of the Davidoff Robusto Intenso had a touch of resistance to it – which is something that I enjoy on a cigar. This was a low maintenance cigar to derive flavor from.

The Davidoff Robusto Intenso started out with tons of promise. However, as the cigar experience progressed I found the flavors became more muddled. By the last third, the balance of the flavor profile became out of whack and this was a cigar that leaned more toward pepper and cedar. The name “Intenso” didn’t translate to full strength and full-bodied, but it became pretty close to full-flavored in my book. Given this cigar carries a $32.00 price point, this is a cigar I would recommend trying a sample before deciding on whether to purchase it or not.