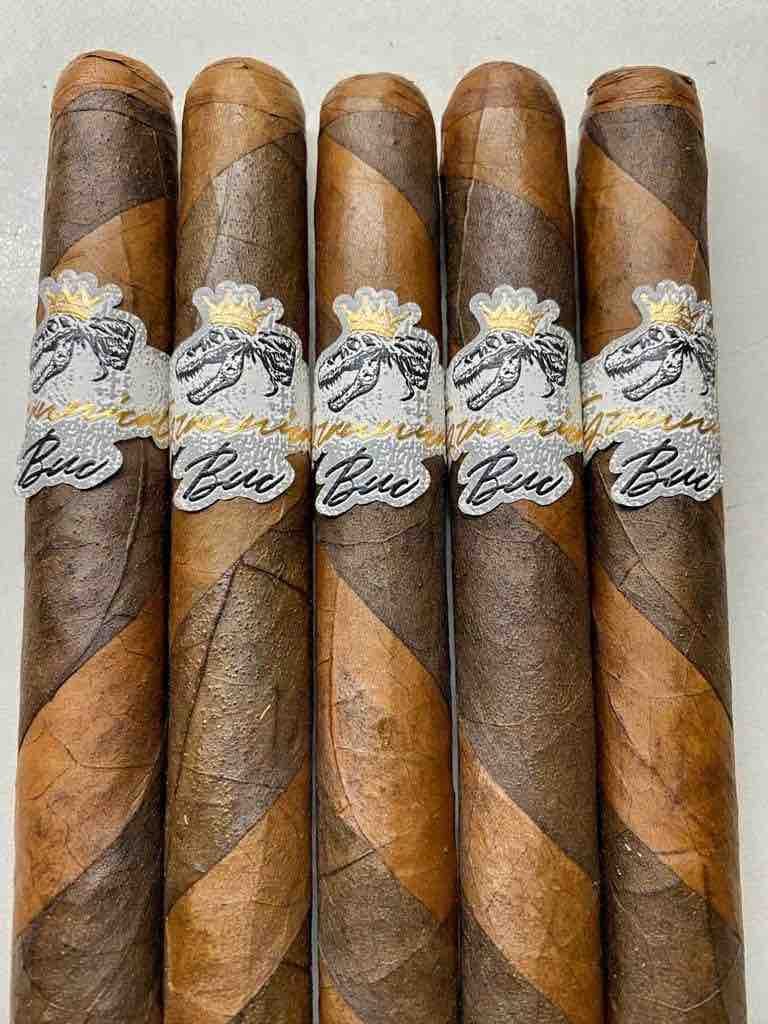 In addition to the Connecticut Broadleaf and Ecuadorian Connecticut wrappers, the Tyrannical Buc Barberpole will feature a Nicaraguan binder and both Pennsylvania (U.S.) and Nicaraguan fillers. The cigars will be available in one size – a 6 x 50 Toro – and will be packaged in ten-count bundles. Production comes out of Tabacalera de Aragon in Estelí, Nicaragua.

In a press release, Jas Sum Kral owner Riste Ristevski commented. “Every year I make a cigar for Golden Leaf to be released in March. Last few years it was a Solomon size of one of the blends. This year I decided on a barber pole because the Tyrannical line is 2 blends.”

Pricing for the bundles is set at $110.00 MSRP. JSK Cigars said the Tyrannical Buc Barberpole will be available for the international market as well.

At a glance, here is a look at the JSK Tyrannical Buc Barberpole: