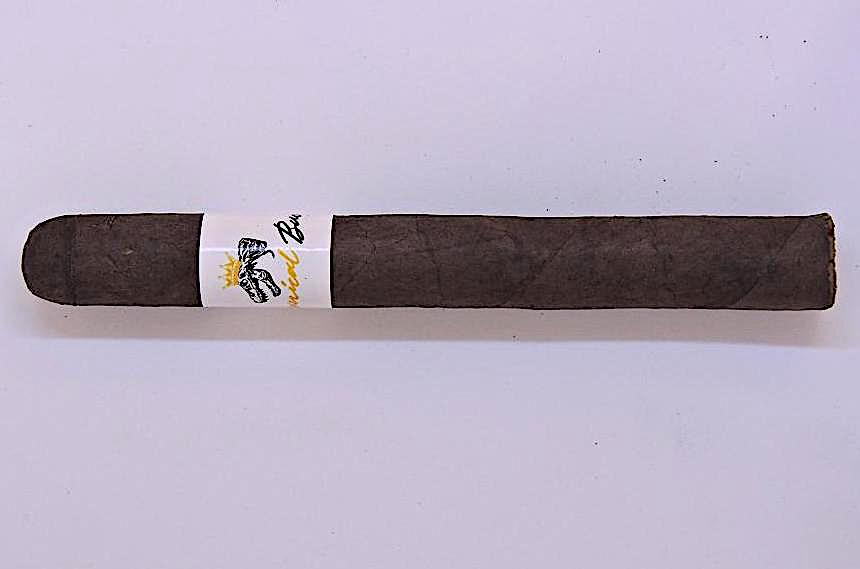 The year 2019 has proven to be very busy for Riste Ristevski and his company Jas Sum Kral (JSK) Cigars. It has seen the company introduce four blends into the market. Two of the blends are from the much talked about CBD-infused JSK Nuggs line. The other line is also a two blend line known as Tyrannical Buc. With Tyrannical Buc, Ristevski decided to introduce a line intended to be a powerhouse line with both a Maduro and a Connecticut Shade wrapper option using what he describes as a “double ligero.”  Today, we take a look at one of the Tyrannical Buc Maduro in the Dobles (6 1/2 x 60) size.

The name “Tyrannical Buc” is fitting for this cigar. When Tyrannical Buc was announced, the name Tyrannical was described as: 1) exercising power in a cruel or arbitrary way 2) characteristic of tyranny; oppressive and controlling. The “Tyrannical” part of the name is attributed to the power and boldness of the Tyrannical Buc blend. The company says “The Tyrannical Buc introduces brothers and sisters of the leaf to a style of power so intoxicating, it is guaranteed to rule even the most independent of palates.” As for the Buc part, it’s a nickname of Ristevski’s.

Without further ado, let’s break down the Tyrannical Buc Maduro Dobles and see what this cigar brings to the table:

In addition to the Connecticut Broadleaf wrapper, the Tyrannical Buc Maduro consists of Nicaraguan tobaccos for the binder and filler. Production is handled out of the Tabacalera de Aragon, a boutique factory in Estelí, Nicaragua where JSK moved production almost two years ago.

Both the Tyrannical Buc Maduro and Connecticut offerings are available in the same four sizes. Each is packaged in 15-count boxes.

The Connecticut Broadleaf wrapper of the Tyrannical Buc Dobles had a dark chocolate color to it. Upon close examination, there is some darker mottling that could still be detected. There was also a very light sheen of oil on it. While the veins and wrapper seams that were visible were on the thin side, the wrapper still had some of the characteristic ruggedness associated with a Broadleaf wrapper.

The band is white with the yellow and black Tyrannical Buc logo. This consists of a sketch of a Dinosaur head in black font with a gold crown. Below the sketch is the text “Tyrannical Buc” with “Tyrannical” in gold-cursive font and “Buc” in black cursive font.

A straight cut was used to commence the cigar experience of the Tyrannical Buc Maduro Dobles. Once the cap was removed, it was time to commence with the pre-light draw ritual. The dry draw delivered notes of mocha (a cross between coffee and chocolate), earth, and a slight cedar note. I judged this to be a very good pre-light draw. At this point, it was time to light up the Tyrannical Buc Maduro Dobles and await what the smoking phase.

The Tyrannical Buc Maduro Dobles started out with notes of mocha, earth, and red pepper. Like the pre-light draw, the mocha notes were a fusion of chocolate and coffee notes. The mocha notes moved to the forefront during the early stage. Concurrently, the red pepper had a strong prominence on the retro-hale.

As the Tyrannical Buc Maduro Dobles moved into the second third, the fusion of the mocha started to change. While there was still chocolate sweetness, the coffee notes became much more prominent in the forefront. There were still notes of red pepper and earth in the background. The red pepper remained prominent on the retro-hale, but after the midway point, it started to increase on the tongue.

By the last third of the Tyrannical Buc Maduro Dobles the red pepper joined the mocha flavor in the forefront. The mocha notes still had a heavier coffee influence. Meanwhile, there still were some earthy notes that could be detected in the background. This is how the Tyrannical Buc Maduro Dobles came to a close. The resulting nub was slightly soft to the touch and cool in temperature.

The Tyrannical Buc Maduro Dobles had some jaggedness on the burn from time to time. For the most part, the cigar maintained a straight burn path, but it did require some touch-ups along the way. The resulting ash was tight and firm with a near-white color. As for the burn rate and burn temperature, both were ideal. 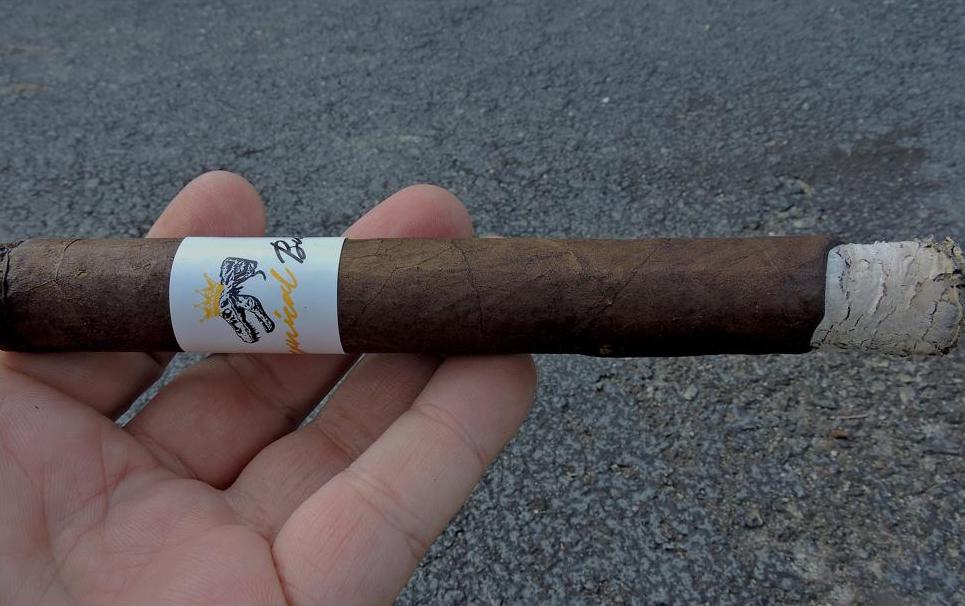 The Tyrannical Buc Maduro Dobles lives up as advertised when it comes to boldness. This is a cigar that started out medium to full in strength and body. Once the cigar experience started, both attributes increased in intensity. By the second third, the cigar was in full-strength, full-bodied territory and the attributes continued to increase in intensity delivering a true powerhouse, yet flavorful experience.

The strength and body of the Tyrannical Buc Maduro Dobles balanced each other nicely from start to finish with neither attribute overshadowing the other.

On top of being a very bold cigar, the Tyrannical Buc Maduro Dobles scores well in the most important category – flavor. It’s not the most complex of cigars, but the pluses far outweigh the minuses here. In fact, this might be Jas Sum Kral’s best release to date. Since this is a bolder cigar, I’d recommend this to a seasoned cigar smoker looking for something full. As for myself, this is a cigar I’d smoke again – and it’s worthy of a box purchase.