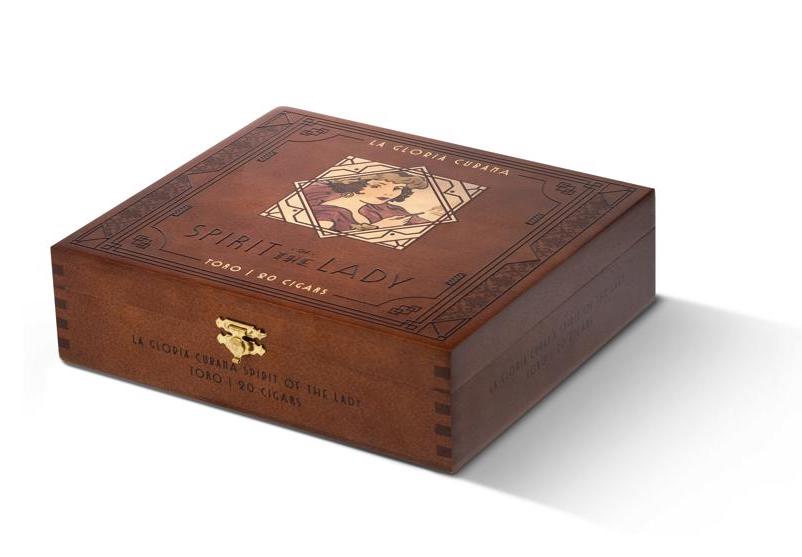 La Gloria Cubana has a new limited edition collection that has started hitting the stores. It’s called Spirit of the Lady and it will be distributed by Scandinavian Tobacco Group (STG)’s new subsidiary, Forged Cigar Company.

The La Gloria Cubana Spirit of the Lady features a five-country multi-national blend including a Honduran Olancho San Agustin wrapper, Cameroon binder, and fillers consisting of Mexican, Nicaraguan, and Dominican tobaccos. The cigars will be available in two box-pressed sizes: Toro (6 x 50) and Churchill (7 x 50). Each size is presented in 20-count boxes. A total of 600 boxes per size have been produced. Production is handled at the El Credito Cigar Factory at General Cigar Dominicana in Santiago, Dominican Republic.

In a press release, Steve Abbot, senior brand manager for La Gloria Cubana, said, “The artisans of El Credito are passionately committed to their craft, and it shows in every single cigar they make. Through their unwavering commitment to creating exquisite cigars, this dedicated team embodies the assured spirit of Lady La Gloria, the brand’s iconic marque. It is truly a pleasure to celebrate these talented men and women, and to honor their artistry through this special offering.”

Back in January, STG split off several brands that were distributed by General Cigar Company into a new subsidiary called Forged Cigar Company. La Gloria Cubana was one of the brands moved over to Forged.

At a glance, here is a look at the La Gloria Cubana Spirit of the Lady