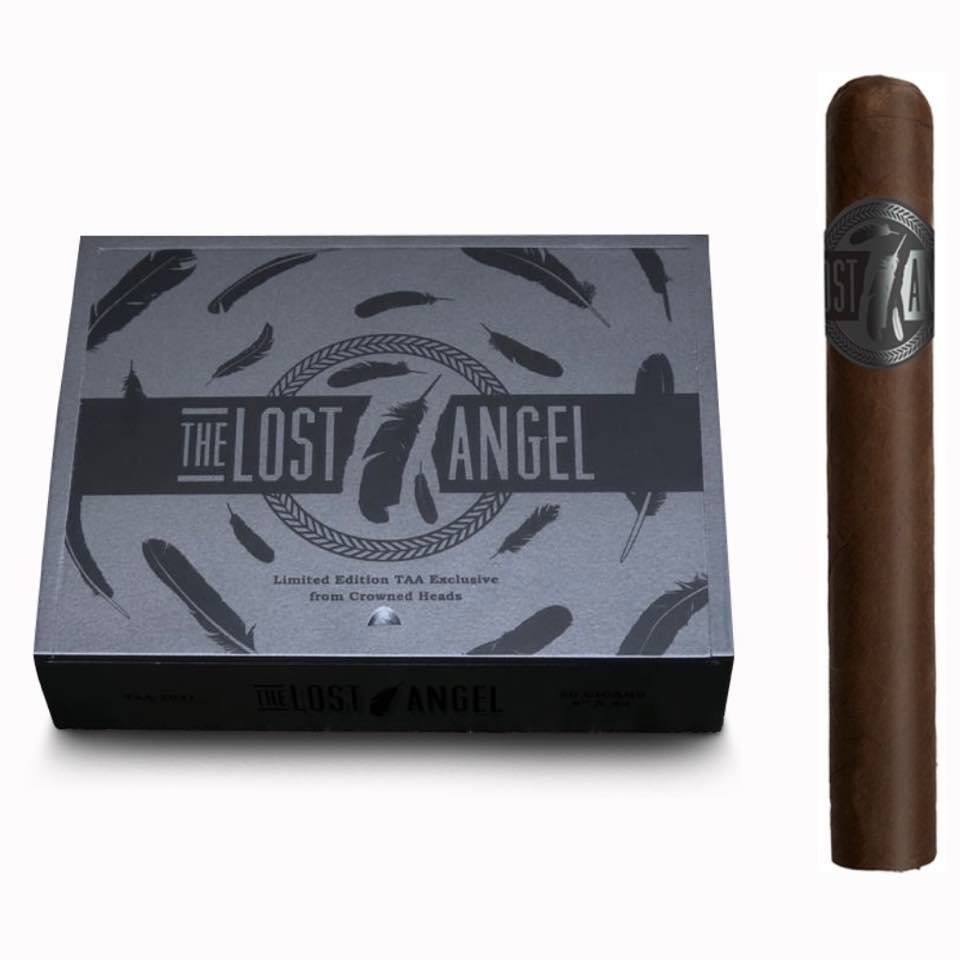 Crowned Heads has announced its 2021 cigar for the Tobacconists’ Association of America (TAA), the Lost Angel TAA Exclusive 2021. The Lost Angel 2021 is described as a prequel to the previous Crowned Heads TAA releases from 2014 to 2019 that were dubbed, The Angel’s Anvil.

The story of The Angel’s Anvill centered around a wingless angel who befriends a blacksmith who then helps him create new wings. It’s a story that paralleled Crowned Head’s co-founder Jon Huber’s career in the cigar industry. Prior to the angel meeting the blacksmith, before he learns the secret to forging new wings to ascend by, the angel first fell. Unlike the heavens above, the earth can be a dark space and the spirit of The Lost Angel brand is born from that darkness.

The Lost Angel TAA Exclusive 2021 is a completely different cigar than the planned 2020 release. It comes out of Tabacalera Pichardo, the factory owned by ACE Prime, which is Crowned Heads’ strategic partner. The cigar features a Mexican San Andres wrapper, Brazilian Mata Fina binder, and all Nicaraguan tobaccos for the filler. The cigar comes in one size – a 6 x 52 box-pressed Toro. Pricing is set at $11.75 per cigar and the cigar is scheduled to be released in April.

At a glance, here is a look at Crowned Heads’ The Lost Angel TAA Exclusive 2021.