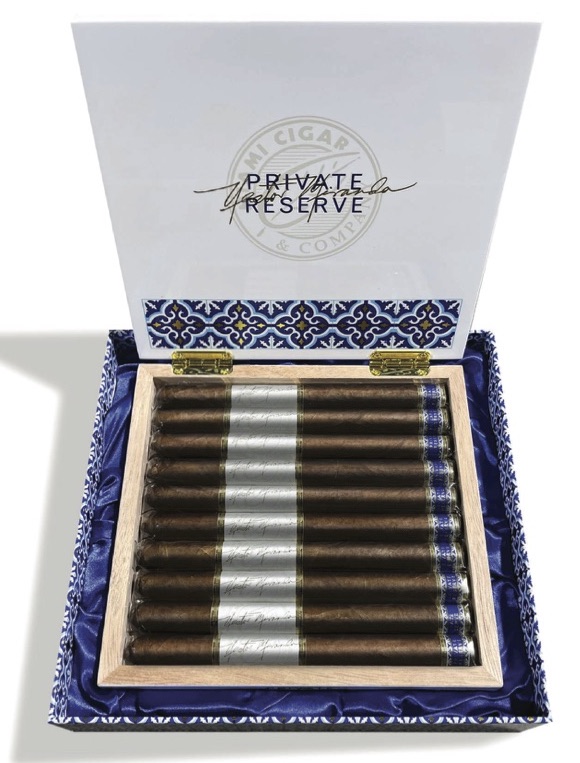 Miami Cigar and Company founder Nestor Miranda‘s favorite size is known to be a lancero, and there is a limited edition offering with his name on it called the Nestor Miranda Private Reserve. The cigar is now heading to retailers nationwide.

The cigar features a Dominican Corojo wrapper over Nicaraguan Criollo and a combination of Dominican, Nicaraguan, and Brazilian fillers. The lancero itself measures 6 3/4 x 40. It is packaged in 10-count boxes with pricing set at $180.00 for box. There are a total of 500 boxes that have been produced.

At a glance, here is a look at the Nestor Miranda Private Reserve: