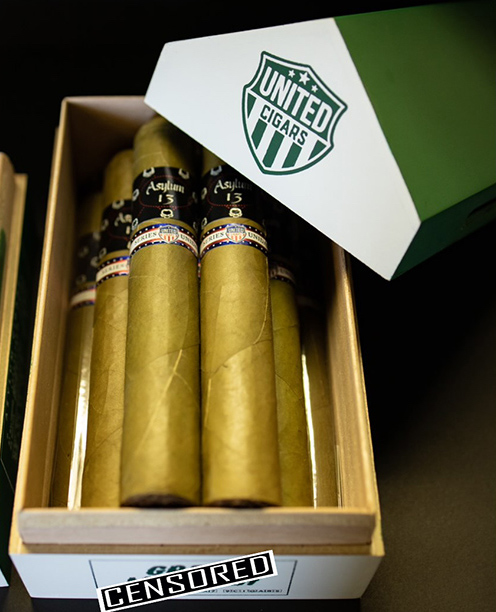 United Cigar has announced the release of the Green Monstah has been halted. The project was a collaboration with CLE Cigars under the Asylum brand. The decision was made after another cigar brand owner reached out to CLE and said a portion of the name would need to be concealed.

Details of the announcement are below:

United Cigar is disappointed to announce that its 1st Stadium Series releases has been halted. The Asylum Green Monstah, a collaboration with CLE Cigars and United Cigars, was due to ship to United retail partners just in time for opening day of baseball scheduled for April 1, 2021. This limited release was produced in two vitolas packaged in 9 count boxes representing the nine innings of baseball. The box is shaped as home plate with both sides fashioned after the iconic left field wall of Fenway Park: The Green Monstah.

“This project meant more than cigars,” said Oliver Nivaud, Director of Operations at United Cigar. “Baseball is America’s pass-time; stadiums delivered sports, music and life before the pandemic and we wanted to share our passion with other enthusiasts. My connection to Boston’s Fenway Park is deeper than just a cigar project, I named my son after the park in 2004. I never expected the cancel culture to show itself in the cigar industry, especially not because we named our first series after a green wall that was built in 1912.”

United Cigars is regretfully pulling the Stadium Series Green Monstah from the market for now until a direction is decided upon. This decision was made after another cigar brand owner reached out to CLE directly and said that a portion of the name of would need to be concealed. As this was not an option United Cigars wanted to accommodate, the decision was made to pull the series to avoid further distress to their friends at CLE.

This will not stop the Series Unidas Stadium Series however, United Cigars has new plans for this annual release and has begun the early steps for the next one which should be announced by this Fall.